Mobile huts should be the future, says NZAC

The Tasman Glacier’s Beetham Hut will finally be replaced next summer by a mobile bunkhouse, 20 years after it was destroyed by an avalanche, reflecting the need to adapt to ever-changing conditions in New Zealand’s alpine regions.

A four or six bunk hut will be built by June and sited later in the year half-way up the Tasman, on a terrace just south of the river that falls from Beetham Glacier.

The New Zealand Alpine Club (NZAC) was given $40,000 by the Outdoor Recreation Consortium to build and site the hut, replacing Beetham Hut, which was flattened in 1996.

Many climbers believe the replacement should have been placed further up the Tasman Glacier, at the junction of the Darwin and Bonney glaciers. But NZAC’s general manager Sam Newton said the chosen site makes sense considering they want the hut to be built and placed within the next 12 months.

“The Beetham site underwent a geotechnical and avalanche assessment 10 years ago,” he said. “The Darwin Bonney corner seems appealing, but there haven’t been assessments done there yet. I’d like to see tests conducted there but it takes years and costs money.”

Newton added that the advantage with the new hut being heli-portable is that if the first site is deemed inappropriate, or future assessments show another site to be better, it can be moved.

“I would like to see the hut used on three or four different sites in its 40-year life cycle,” he said. “It gives us flexibility and options.

“Also, if it gets damaged, it’s cheaper to fly the hut out and do the repairs in a depot, than it is to fly materials and people in.”

Newton believes alpine huts of the future should be heli-portable to reflect the constantly changing alpine environment.

Progress at last in the fight against wasps

An insecticide trialled in sites across the South Island could be a major step in curbing hideous wasp populations in our beech forests.

Wilderness readers may remember an article in the October 2014 issue about New Zealand’s ever worsening wasp issue.

We mentioned a targeted insecticide being trialled in Nelson Lakes which had proven successful in killing off the beastly invertebrate.

The insecticide being trialled is fipronil and trials in Nelson Lakes, Marlborough, Abel Tasman and Arthur’s Pass have seen wasp populations being significantly reduced and with minimal risk to other species.

“The wasps take the bait back to their nests to feed their larvae, so many nests can be destroyed from a single bait station,” said DOC scientist Eric Edwards.

“Previously there has been no way to control wasps over large areas of land. The only way to deal with them was to destroy individual wasp nests where they cause problems.”

Numbers of the German and common wasps reach plague levels in some areas over the summer months. As well as out-competing native birds for food they kill nesting birds and insects. Some experts believe they’re even more harmful to wildlife in some areas than rats and stoats.

Once the pilot is complete, DOC will assess whether the method should be used more widespread across the conservation estate. But Edwards warns the insecticide won’t provide the full answer to the problem.

“Bait stations are a step towards improving wasp control,” he said. “But the science community will need to develop a variety of new tools, such as biological control, pheromones and insecticides, to successfully reduce wasp populations in the long term.”

The bait has been approved by the Environmental Protection Authority.

Phosphite not the answer for kauri… yet 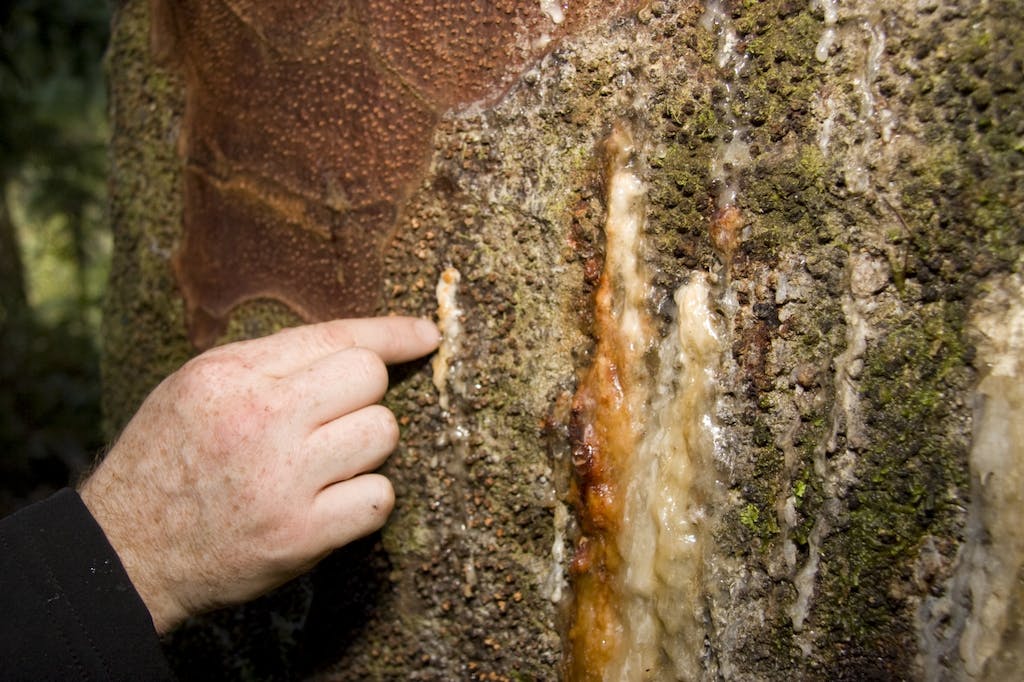 Experts say we’re a long way off being able to use phosphite to treat kauri trees for kauri dieback on public land, despite trials demonstrating considerable success.

Lab trials have shown that infected trees injected with the chemical tend to survive and the bleeding lesions that typify the disease dry up.

The toxin is already used to prevent the spread of similar phytophthora diseases on avocado farms, but has never been tested in a forest environment.

“There may be negative effects on other areas of the forest ecology,” said Ian Mitchell, from the Kauri Dieback Programme. “There’s a lot of unknown and to use it on public land would require a lot more research and a lot of public consultation.”

Mitchell said the chemical doesn’t cure the tree but merely “holds the disease at bay”.

Community groups and scientists were told at a recently held kauri dieback symposium that unaffected trees are frequently found next to trees that are affected. Scientists at Scion are now devising systems to detect genetic resistance to the disease, with a hope to breeding resistant kauri in future.

The disease is currently entrenched in two forests – Waitakere, in Auckland, and Waipoua, in Northland. But otherwise it has occurred only in small isolated areas.

“It’s a godsend that the disease isn’t spread via the wind,” said Mitchell. “It’s only spread through the soil but, with people moving around more, the ability to spread the disease is increasing.”

Mitchell said the main task now is to prevent the spread by educating people to clean soil off their shoes whether they’re in the forest, in their car or at home. “Ideally, people would be doing this as a force of habit,” said Mitchell. “Using hot, soapy water is good and does the job.” 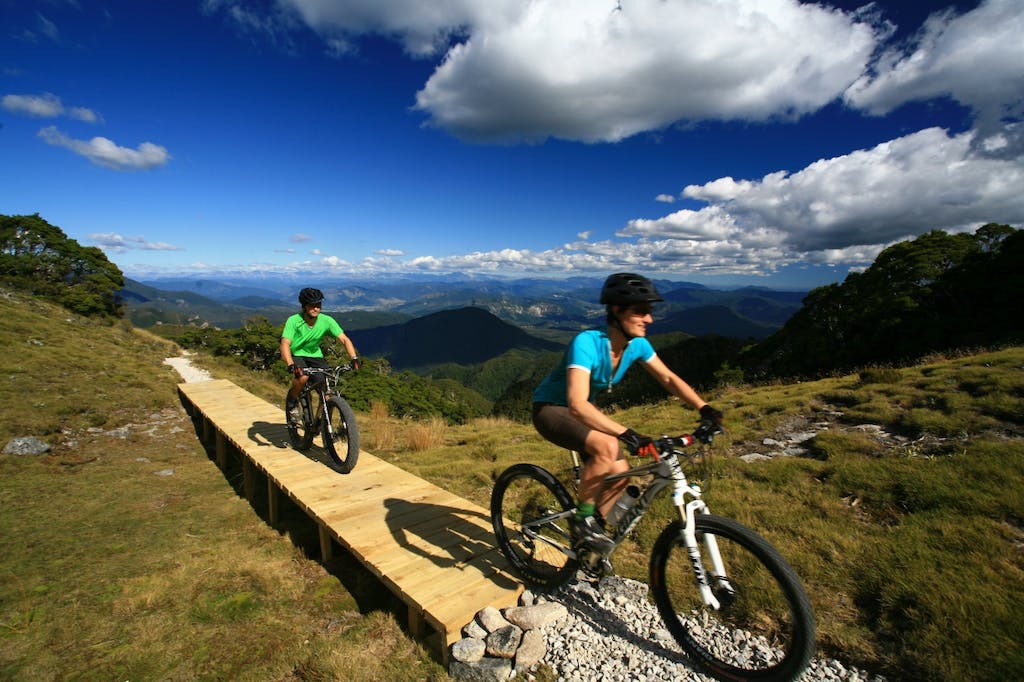 The trust responsible for building The Old Ghost Road believes this is the year they can finally crack it.

The Mokihinui-Lyell Backcountry Trust wants to have raised the money by April 13, so is putting in a final push for funds. Every donor will go in the draw to win two nights for four people at the Rough and Tumble Bush Lodge, while everyone who donates more than $1000 goes in the draw for a Karamea Helicharter flight and two nights at the lodge.

The Old Ghost Road is a tramping and mountain bike track following an old gold mining road connecting Lyell to the Mokihinui River in the Buller region.