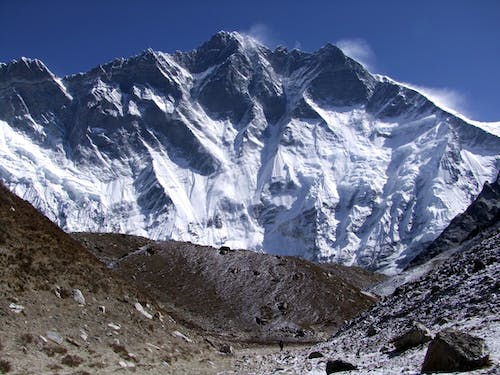 Who will be the first to climb Hillary?

News that a Himalayan summit has been named after our most famous mountaineer will no doubt excite New Zealand climbers, especially as the peak has yet to be climbed.

Hillary Peak is one of 104 peaks the Nepal government has just opened to the public in a bid to boost tourism. Another has been named after Tenzing Norgay, who famously ascended Everest with Hillary in 1953.

The new mountain named in honour of Sir Ed is 7681m high and stands next to the 7916m Tenzing Peak. The two stand around 500m apart.

But despite the pride of a mountain being named after his father, Peter Hillary believes it won’t make much difference to tourism in the region.

“It’s a great honour and it’ll be nice to look up and think that one peak’s been named after Dad and another after Tenzing,” he said. “On that level I’m thrilled, but I don’t think it’ll increase tourism to the area.

“For that to happen, the government needs to change the structure to one where they generate revenue through taxation, instead of hefty peak fees.

“It’s so restrictive in the Himalayas. If a young climber comes to New Zealand they don’t ask which peaks they’re climbing, they just say ‘have a good time’ and it’s their business where they go.

“In Nepal, they charge fees upfront and this is an impediment for the development of mountaineering.”

Government says ‘no’ to monorail 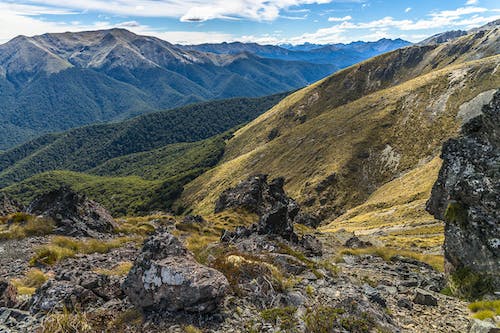 Area have been rejected.
Conservation minister Dr Nick Smith said the proposal was not financially viable and the environmental impact would be too great.

The minister had delayed the decision by six months while a financial viability report was carried out.

“This proposal does not stand up either economically or environmentally,” said Dr Smith. “The independent tourism and financial analysis concluded it was not viable. There would be a significant impact on the area’s flora, fauna and natural heritage. The route is not sufficiently defined to properly assess the impacts.

“Developments in an area with World Heritage status and which impact on the Fiordland National Park must meet the highest of standards and I have concluded that the risks of this proposal are too great.”

Fiordland Link Experience had proposed to build a 43.8km monorail from Kiwi Burn to Te Anau Downs in Southland as part of a scenic journey from Queenstown to Milford Sound. The journey would also include a boat trip across Lake Wakatipu, a 4WD bus journey, a 2WD bus journey and a scenic boat trip through Milford Sound.

The decision to reject the plan has delighted environmental group Save Fiordland, which had also opposed plans to build a tunnel between the Routeburn and Hollyford valleys – a plan that was declined by Nick Smith last year.

Save Fiordland’s chairman Bill Jarvie said his over-riding emotion is one of relief. “We’re relieved that the battle is not going to go on and on and pleased that the minister has identified the environmental risk.

“It’s a protected area and that’s what people come for. Visitors tell me that if they want to see gondolas, cafes on hills and monorails they’ll go to Europe. They come here to avoid that.

“As a group we’ll relax for now but there will be other applications that could be damaging to the environment and, when there are concrete proposals, we’ll address them.”

The FMC is also delighted by the decision. President Robin McNeill is pleased Dr Smith examined the business prospects of such a venture before making the decision.

“Too often, dumb ideas go too far and waste everyone’s time before they get stopped because they were never going to be economically viable,” he said.

“We always had confidence that Dr Smith’s thoughtful, engineering approach would deliver the right answer and he would decline the concession application.”

The Te Araroa Trail has just got that little bit better.

Gone is the awkward stretch along Puhoi Road into Puhoi Village, north of Auckland, and in comes a path that leads up to a ridge track which takes walkers to the village through pine and native forest.

As well as improving the long distance walk, Aucklanders can benefit from a new 5km track less than an hour from the city centre.

They can either park in the village at the south-eastern end or in the three-vehicle car park at the Remiger Road end, where a small swing bridge grants access to the path up to the ridge.

If you leave Christchurch city centre, head through Sumner and continue

along the coastline, you soon leave the city sprawl and arrive at a popular surf beach which forms the launch pad for numerous exposed trips around Godley Head.

But how did Taylors Mistake get its name? The truth is, unfortunately, that no-one knows. But this merely raises the intrigue and mystery.

Many attribute the name to an American vessel called the Volga. At the helm was Captain Taylor who is reputed to have beached the ship at the bay in 1864 and mistaken it for either Sumner or Lyttleton.

To confuse things a little, another vessel also commanded by a Captain Taylor, ran aground at the bay six years later.

And to confuse things even further, the name appears in a document before either of these incidents, in 1853.

That year, a ship commanded by Captain Davidson set sail from the UK to Auckland. On the trip Davidson threw himself overboard and chief officer Taylor took over, bringing the vessel to Lyttleton and possibly anchoring off Taylors Mistake.

The true origin of the name may forever remain a mystery. The origin of its other name, Te Onepoto, is far more straightforward, meaning Short Beach.

– Thanks to the New Zealand Geographic Board for providing background information