Thirty-five climbers gathered at Tukino Lodge on the eastern side of Mt Ruapehu for a weekend of ice and mixed climbing. Although there was limited snow, the water ice conditions were good, allowing John Yu (pictured) and others to climb Margaret’s Leap icefall as well as the Northern Bluffs, both within 30min of the lodge. Mixed lines on the Cathedral Rocks just below Ruapehu’s summit plateau were also climbed.

The festival is open to climbers of all abilities and is now a regular fixture for NZAC.

New rat toxin could be a game changer A rat-specific toxin will target one the biggest pest threats to native birds. Photo: DOC

Landcare Research scientists have applied to patent a new revolutionary form of rat toxin that if successful would find global demand and play an important role in ridding New Zealand of vermin.

Landcare biological systems team leader Andrea Byrom told Wilderness the toxin is unique because it works on rats only and kills them “almost instantly”.

“The beauty of it is we could lay bait on farmland and farmers wouldn’t have to worry about their dogs or stock because if they ingest a pellet or two it makes no difference,” Byrom said. “For animals other than rats it’s like ingesting wax – it would have absolutely no effect on the body of that particular animal.”

The rat selective toxin is called norbormide which was first commercialised in the 1960s and showed promise, but ultimately failed because rats found it unpalatable.

In 2010, Landcare scientists began trying to modify the chemical structure of the original compound to solve this problem and have now achieved improved performance in laboratory trials.

Landcare scientist Brian Hopkins said two months ago Landcare applied for New Zealand and international patents for the toxin. A multi-national rodenticide company will assess the toxin in its own trials and if approved it will be released for commercial use within three to five years.

Like 1080, it could potentially be used aerially, but would avoid the secondary kill, especially of game animals, that makes 1080 controversial among certain groups of the public.

“It will provide a way of knocking [rats] off, but with minimal environmental impact,” said Hopkins. “It will certainly alleviate most fears about pest control and secondary impacts.”

Landcare Research has applied for funding from the Ministry of Business, Innovation and Employment (MBIE) to use genome mining to identify exactly how the toxin works because understanding this could result in toxins specific to other introduced predators such as stoats and possums.

Genome mining is a relatively new scientific tool and involves mapping the entire genome of a particular species in order to discover which genes produce specific proteins or chemicals in the body.

According to Byrom, New Zealand is a leading country in using genome mining to find species-selective toxins.

“If we can pull it off, it will be a revolutionary breakthrough,” Byrom said. “That sort of technology would be of interest globally because rodents are a problem worldwide.

“They’re a massive problem in places like South East Asia, China and Africa in terms of food security. So there is real interest in the technology, but it’s just a question of getting it to the next funding stage.

“If we don’t get future funding, it will leave us in a bit of a hole. We’ll have to think laterally and might have to find a sponsor.”

MBIE will make a decision on the funding in August. 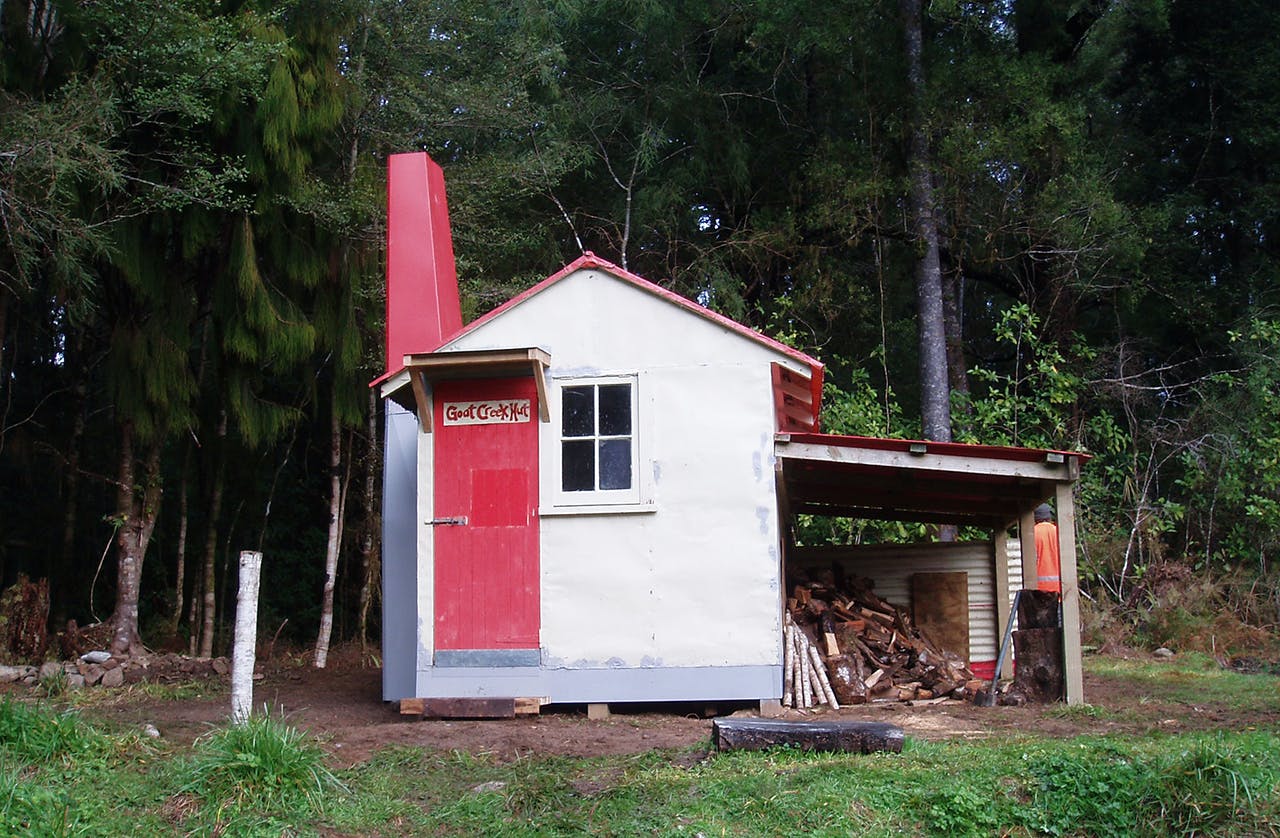 DOC programme manager Jonathan Thomas said Dean Scarlett and Dave Guppy – both from DOC Buller – lived out of tents during the two separate weeks they worked on the basic four-bunk hut.

Over the two weeks there were frosts on the ground and little sunlight, making the job a labour of love.

But TLC is exactly what Scarlett and Guppy put into the restoration of the historic hut which was originally built in 1957.

It was one of the first huts to be air dropped in New Zealand and is unusual because huts of its vintage are usually 3.6m by 3m, whereas Goat Creek Hut is 3.6m by 2.4m.

That’s because when bundles to build the hut were dropped in by Beaver plane in 1957, one end of the timber was damaged, forcing builders to saw a couple of feet off.

DOC decided to restore the hut because its base and subfloor was rotten, the fireplace had rusted and the flashing around the chimney was kaput.

Thomas said he considered replacing it with a new hut, but decided not to because of its history and its value to local people.

However, replacing it might have been an easier job.

Scarlett and Guppy had to dig trenches underneath the hut and put in new temporary bearers to work on the hut because they were concerned it was too rotten to lift by helicopter.

They then used vehicle jacks to lift the bearers and the hut so once the floor was removed they could build new piles that meet current building standards.

As they removed the old floor, Scarlett labelled all the floor boards and replaced them board by board after the new sub-floor was complete.

“He had to take out all the carpentry that was in it, all the cabinets and the bunks, and then replaced them with the same timber once the job was done,” Thomas said. “To all intents and purposes, you could walk into the hut today and you wouldn’t know that it’s been altered.

“We didn’t change anything we didn’t have to.”

New tin was installed around the base of the hut, the fireplace was rebuilt with a galvanised tin lining and a traditional mud hearth made by Scarlett and Guppy.

Thomas isn’t sure how many people overnight in the hut each year because it’s free and not everyone signs the hut book, but he expects it will get significant use in the future because it’s on the Mokihinui-Lyell Old Ghost Road Track.

Goat Creek Hut can be accessed from the Mokihinui Road-end behind the Seddonville settlement, north of Westport. Thomas said it’s a two day tramp to reach the hut with the first night spent at Mokihinui Forks Hut. 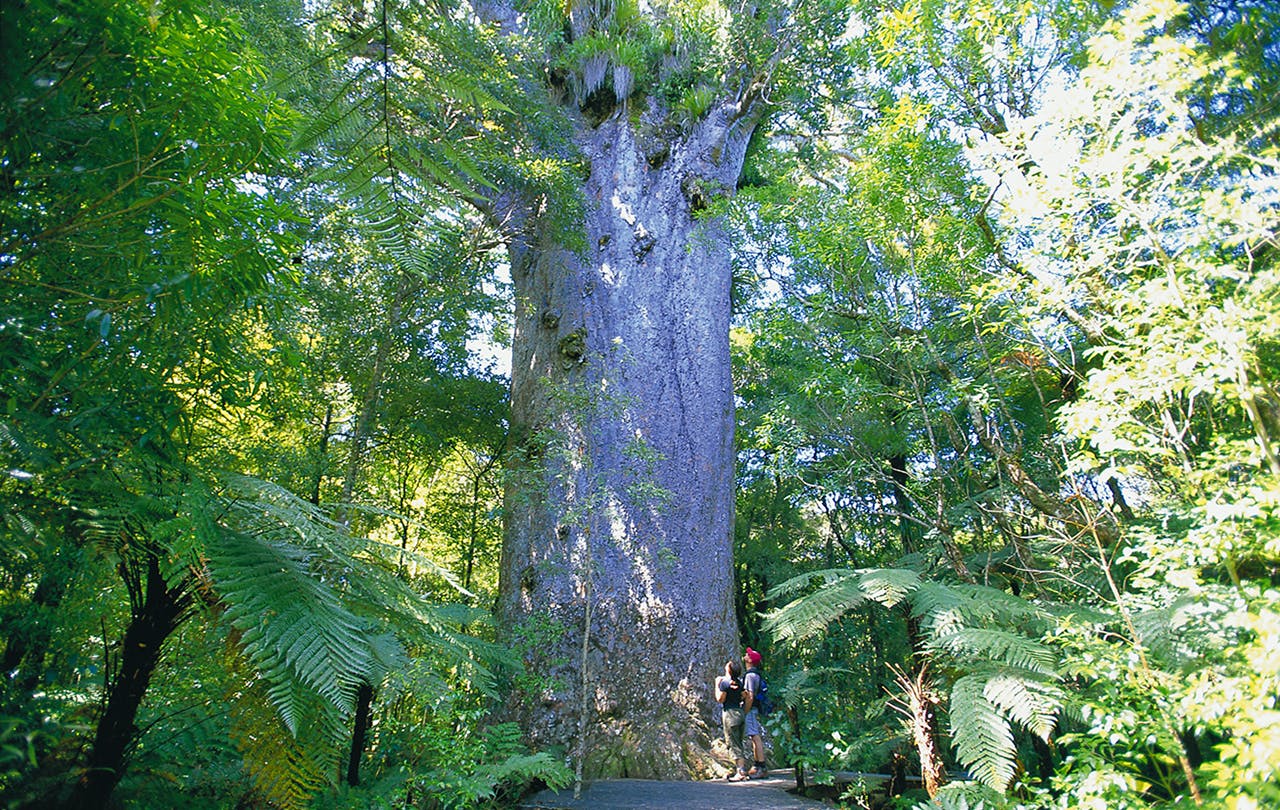 Kauri dieback disease has been found only 60m from Tane Mahuta. Photo: Supplied

Former mayor of the Far North Yvonne Sharp is one of three investigators who have been researching the Kauri National Park proposal since 2011.

Between May and July 2011, DOC publicly notified its proposal to establish a Kauri National Park and invited submissions on a discussion paper about it. It also held a series of public meetings, workshops and informal drop-in sessions.

Sharp said she and her team have held four meetings in Northland and met with local iwi and Waipoua Kauri Forest guardians Te Roroa.

Two major issues surrounding the proposal are concern about the potential spread of kauri dieback disease, or Phytophthora taxon Agathis (PTA) and Te Roroa iwi’s demand for co-governance alongside DOC.

“The thing that came through loud and clear at the public meetings was unanimous concern about PTA and unanimous support for co-governance,” Sharp said. “No one spoke against [co-governance].”

A mixture of people from different backgrounds attended the meetings, Sharp said, so if people were opposed to co-governance it would have been apparent.

However, people are concerned making the Waipoua Forest a national park will attract more visitors to it, increasing the risk of PTA spreading because humans are considered one of the main vectors of the disease.

Sharp said researching the proposal has been a very big job and will result in a lengthy report for the New Zealand Conservation Authority and the Minister of Conservation to consider when it’s delivered in August. 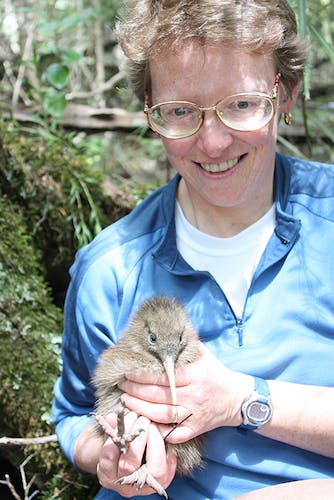 On June 26, DOC released its draft conservation management strategy (CMS) documents for Canterbury, Otago and Southland and invited the public to make submissions on them.

CMS are 10 year strategic documents, mandatory under the Conservation Act, that describe how DOC will manage places and flora and fauna on behalf of all New Zealanders.

The draft documents are prepared by DOC and local conservation boards.

Southland Conservation Board chairperson Viv Shaw said her board is concerned DOC is giving too much attention to the front country at the expense of the backcountry and that it could be too encouraging of business.

She said the Conservation Act states DOC is required to foster recreation and allow tourism, but the draft document says business activities should be encouraged.

“As a board we’re particularly interested in the public’s view on this,” Shaw said. “Is [this language] consistent with the Act? DOC seems to think so, but the board isn’t so sure.

“There’s already a lot of scope for business activities on the conservation estate.”

Shaw is also concerned whether backcountry huts and tracks will continue to be maintained in the future because there is so little mention of these assets in Southland’s draft CMS document.

McNeil said DOC should have at least briefly stated its intentions for every track and hut in Southland so local people knew what to expect and could then plan accordingly. He said fitting this into a 10 year plan isn’t too much to ask.

“We need to be alert about what’s in these plans,” he said. “My plea is for every tramper, mountaineer and hunter to download the CMS documents and then at least look at the areas that are special to them and to consider very carefully what it might all mean.

“If they don’t at least look after their own patches then they’re going to have no grounds to complain in the future.

“These are vitally important documents.”

“For example, there are no ‘should not’ statements around mining, but in fact words like ‘may’ are used.”

Nixon, a doctor at Dunstan Hospital in Clyde, was on the board for nine years before leaving in June.

The CMS document can be downloaded at www.doc.govt.nz.