The two valleys, within Aoraki/Mt Cook National Park, have been badly affected by flooding and slips, making access to traditional routes to huts in the area more complex.

Department of Conservation Aoraki/Mt Cook operations manager Sally Jones said the weather, which also caused flooding in Rangitata, had been equivalent to three months’ of rain.

A DOC ranger and two guides had walked up the Tasman Valley route towards Ball Hut late last week, confirming the rain had scoured out a 300m-wide gulf in the loose moraine at Husky Flat. This had ruled out foot access to the three-bunk hut and the eastern approach to the Ball Pass crossing, as well as access to the upper Tasman and Grand Plateau areas, Jones said.

“The unstable terrain will put people at considerable risk of getting stuck or sustaining falls,” Jones said.

This damage presently impacts access to Ball Hut, Plateau Hut and Caroline Hut, which is owned by guiding operator Alpine Recreation, as well as access up the Tasman Valley to Tasman Saddle Hut and Kelman Hut.

Alpine Recreation has several routes to get to Caroline Hut, on the Ball Pass route, its general manager Axel Reiser said.

He said it would be more difficult to get there but they were “pretty confident” alternative routes could be found.

A group had been staying at Caroline Hut for the past week, returning on Tuesday night, so Reiser expected to know more about the future of the routes in the coming days. 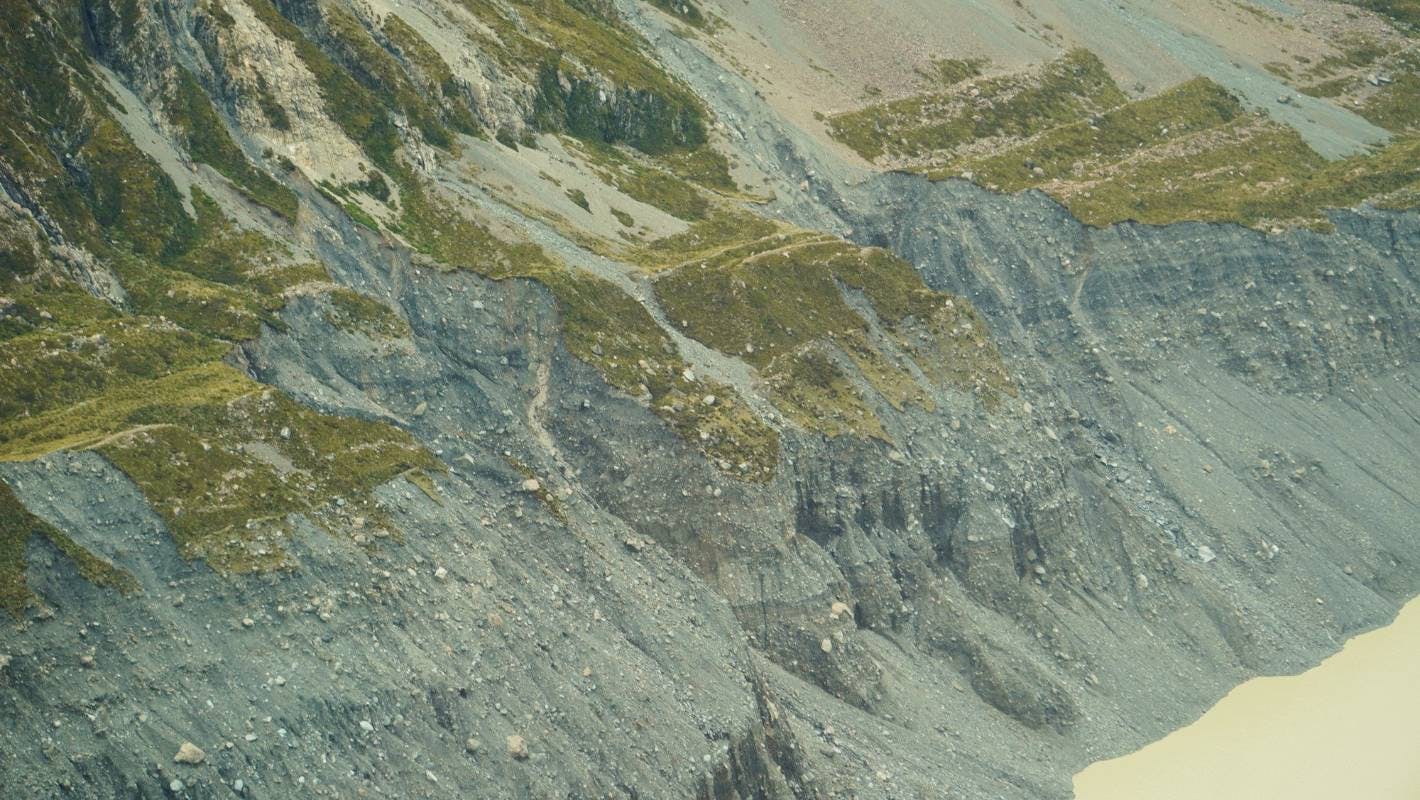 Numerous washouts on the eastern side of the Hooker Valley. Photo: DOC

The company has continued booking trips for the new year.

The hut, which would be located in the Beetham Valley, further up the eastern side of the Tasman, has been in the works for several years.

It has been constructed to be solid but moveable, an important feature when the nature of the park is always changing, Leacock said.

Jones also noted the changing environment of the park, which had prompted the closure and removal of several huts over the past decade.

“Climate change is a national issue and needs to be addressed as such,” she said.