Anyone planning to attempt the Rees-Dart Track this summer should think again.

River erosion has washed out 100m of the Dart Track, making it impassable at peak tramping season for the second time in two years.

The track has been undercut and washed away north of Bedford Stream, just 7km north of the road end at Chinamans Bluff, and 3km south of Sandy Bluff, where 12 months ago a huge landslip fell, blocking the track and forming a 3km-long lake.

Since the landslip, the river has been pushing heavy debris downstream, raising the riverbed and changing the course of the river. For some time, it has been eating away at banks close to the track and heavy rain on Sunday, January 11, was the straw that broke the camel’s back.

Finding an alternative route will be a tough job for DOC staff, as this section is riddled with bluffs. “It looks quite gentle on a topo map but when you get in there it’s as rough as guts,” said Chris Hankin from DOC’s Queenstown office. “Unfortunately we’ll have to rebuild the track a long way back from the river.”

At this early stage it’s impossible for the department to say how long it will be before the track is open again. 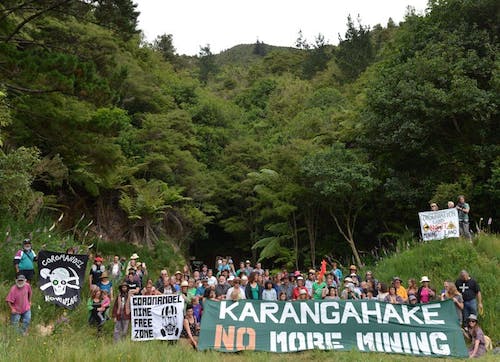 Locals campaign against mining in the Karangahake Gorge. Photo: Supplied

Residents furious that a mining firm has been granted permission to dig at a popular tramping and swimming destination, are taking the firm and the local council to court.

New Talisman Gold Mines Ltd has been given the all clear to explore a historic underground mine beneath Karangahake, 544m, between Paeroa and Waihi. The hill is a popular tramping destination, as is the nearby Karangahake Gorge with its popular Windows Walk.

Residents say consent was given without public notification and that mining will cost the region tourism dollars and pose a risk to the local water supply.

Community group Protect Karangahake is taking the firm and Hauraki District Council to the High Court saying consent is unlawful.

Chair of Protect Karangahake Duncan Shearer said: “We have been given no answers and little reassurance by council or the company on whether acid leachate could end up in our drinking supply or how we are going to keep walking up the mountain safely.”

The Federated Mountain Clubs of NZ is supporting the community group’s campaign. 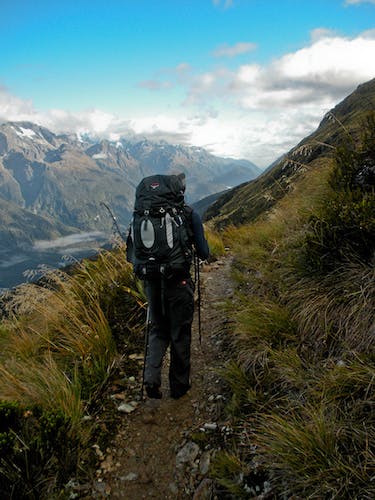 A decision by DOC to allow an increase in the number of guided walkers on the Routeburn Track each day from 24 to 40 has been condemned in an ombudsman’s report.

Professor Ron Paterson described the decision as ‘totally unreasonable’ and agreed with a letter of complaint that it ‘makes a “mockery” of the process of public consultation in the development of the (Mt Aspiring management) plan and undermines public participation’.

He added that he’s not even sure if the decision was legal and recommended that DOC considers making a public apology on its website.

In the management plan, reviewed between 2006 and 2010, it was agreed that limiting the number to 24 helps ease the strain of numbers on the track.

In 2012, Routeburn Walks Ltd (which operates the guided walks on the track), applied to increase the number of walkers and guides permitted on the track each day. DOC approved the application despite 13 complaints.

So in June 2013 Chas Tanner, previously a member of the Otago Conservation Board, complained to the ombudsman, saying the concession was inconsistent with the plan and there were no exceptional circumstances to allow it.

DOC says it hopes to respond to the ombudsman in the new year but guided operations on the Routeburn Track will continue as normal for the time being.

“It (the report) raises some interesting questions and DOC wants to talk with the Otago Conservation Board and the New Zealand Conservation Authority in developing a response,” said Doris Johnston, the deputy director general for policy.