Success for mohua in the Catlins 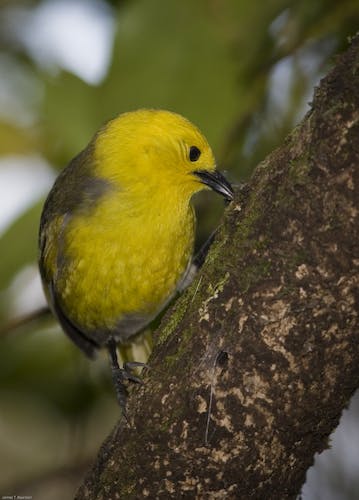 Populations of the ‘nationally vulnerable’ mohua (yellowhead) have nearly doubled since 1080 poison was dropped on 47,000ha of Catlins Forest.

TBfree NZ and DOC combined resources to target possums, rats and stoats last year and have now had the chance to gauge the results.

Observations show that possum numbers are down by around 90 per cent while rat levels are down to undetectable levels.

Most importantly of all, the mohua numbers are now at their highest level since the beech mast year of 2000 which decimated the population.

DOC estimates there are several thousand mohua in the Catlins Forest and they observed 1033 birds two months after the drop compared to just 639 in 2012. The only year since 2000 that numbers were higher was in 2008 when 1183 birds were observed, after which another beech mast year reduced numbers.

DOC also recorded the number of groups of mohua, the average number of birds spotted in many five-minute counts and the average time before the first mohua encounter. In each instance, results were better than they’d been in any year since 2000, leading DOC to believe they’ve reached their highest level since that year.

The news comes as another predator plague is expected to hit native bird populations later this year.

DOC’s David Agnew said joining TBfree’s operation worked well: “Treating a much larger area at one go had the benefit of slowing the reinvasion of predators as well as significant cost savings from shared planning.”

In three years’ time unmanned planes may be deployed to help Land Search and Rescue (LandSAR) find lost trampers and climbers in the New Zealand backcountry.

LandSAR teams from across the country recently attended a training weekend at Molesworth Station in Marlborough, where they set up a scenario using two such planes (commonly known as drones) to help rescuers find a missing fisherman.

Although the planes weren’t able to help find the person on this occasion, they showed enough potential to convince rescuers they could well be used for real in the not too distant future.

“The potential we saw was real,” said training event manager Pete Corbett. “This was all about giving it a go, analysing its performance and understanding its limitations and abilities.

“It’s too early to apply it in a real situation but it should only be two or three years down the track before we understand what it can do for us.”

Two planes were used on the training day; a fixed wing plane which flew at a high altitude, giving a broad view of surroundings, and a multi-rotor plane which flew ahead of the group at a lower altitude to identify potential hazards.

Video and images were sent from the devices back to the pilot on the ground and to base camp.

“They could potentially be used to search the bottom of a waterfall, a deep gorge or an avalanche prone slope – environments that may prove risky to people,” said Corbett.

“But there’s still a lot of work to be done to make it a useful tool and it’s not going to be the panacea for all searches; it will be a case of understanding when and where to use it.” How did the Dragons Teeth and Drunken Sailors in Kahurangi National Park get their names?

These two names feature in the classic multi-day Dragons Teeth route across the spectacular ridge tops of Kahurangi National Park (see p30 for an account of this trip). Both names were proposed by the original members of Golden Bay Alpine and Tramping Club in the 1960s.

Dragons Teeth sounds like a no-brainer. From a distance, the jagged ridge looks very much like a set of teeth which, one would presume, early settlers likened to that of a dragon.

But the name came from a specific high point on the range.

Current secretary of the Golden Bay club Paul Kilgour said: “As you get closer you see, on the western side of the range where it’s nearly vertical, a knobbly bit that protrudes horizontally, creating an overhang. This one feature was likened to the top of a dragon’s jaw and that’s how it got its name.”

Drunken Sailors, says Kilgour, is a little more obscure because it takes more imagination to visualise it.

“I’ve heard that either early explorers or miners claimed that, on a misty day, it looked a bit like two drunken sailors,” he said. “I’ve been up there in all weather and I’ve never seen anything that resembles that. Maybe something was lost in translation.”

Thanks to the New Zealand Geographic Board for providing background information.

Are you curious about how a specific feature got its name? Do you know an interesting story for how a natural feature was named? Email the name and location of the feature to why@lifestylepublishing.co.nz

Arthur’s Pass Walking Track is now officially open and well worth stopping off for on your way along SH73.

The track is an easy grade path taking walkers from the town to the saddle, largely following in the footsteps of the original explorers.

It’s been built to celebrate 150 years since Arthur Dobson and his brother Edward became the first Europeans to explore the region as a possible route from east to west.

The return walk takes around two-and-a-half hours to complete. “It follows some of the route that Maori and European travellers took to climb over the pass and links Arthur’s Pass village and the top of Arthur’s Pass itself,” said DOC’s partnerships ranger Chris Stewart.

“It showcases the best of Arthur’s Pass with diverse vegetation, waterfalls, wetlands and rich history interspersed with stunning views of the mountains.”

The official opening took place in the Punchbowl car park and was attended by DOC director general Lou Sanson, environment minister Amy Adams and a direct descendent of Arthur Dobson himself. 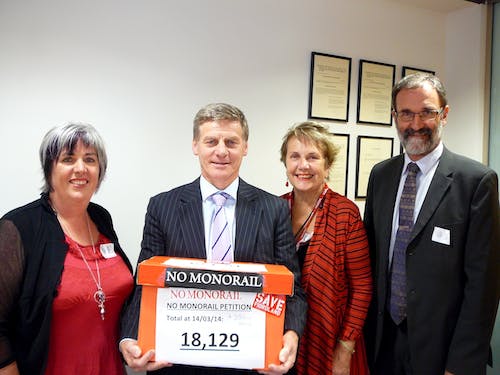 The names of 18,000 people, all of whom disapprove of plans to build the world’s longest monorail through Southland, have been presented to Deputy Prime Minister Bill English.

Save Fiordland is still collecting signatures to show the extent of opposition to plans to build the monorail through Snowdon Forest, part of a UNESCO World Heritage Area.

Developers plan to take visitors from Queenstown to Milford Sound via boat, bus and rail, but the trip would cut through 30km of native forest.

Save Fiordland’s chairman Bill Jarvie said the signatures didn’t just come from locals, but from visitors from all over the world.

In addition to the hard copy petition, an online petition has gathered nearly 10,000 signatures.

The decision, to be made by Conservation Minister Nick Smith, is pending while an independent financial viability report is commissioned. At the time the magazine went to print, no decision had been made.