An American artist is on a quest to make a piece of art everyday while walking Te Araroa Trail.

Starting at the beginning of November from Cape Reinga, 31-year-old sculptor Saratops McDonald is planning to walk the 3054km Te Araroa Trail and make a piece of art every day she’s on the trail.

The Boise, Idaho local is using a crowd funding platform to raise the money to get to New Zealand and walk the trail. So far she’s raised more than US$6000 to her enterprise.

She plans to use natural resources she finds on the trail to make “earth sculptures”, but will draw sketches some of the time.

“I am trying not to limit my palette of mediums too much, because the project is by nature fluid and intuitive,” she said.

“The structures made will be left where they were created and hopefully enjoyed by anyone who passes them.”

McDonald has a degree in fine arts and has had her work exhibited numerous times and was granted a space in the Boise artist in residence programme.

She primarily works with metal, casting, bronze, aluminium and iron, but also works with other natural materials and she also paints.

Outside of her studio, McDonald enjoys getting outdoors. “Away from work and the studio I spend my time hiking, hot-springing, bike riding, camping, home-brewing with my brother-in-law, hosting dinners and strange parties,” McDonald said. “I have not done any trails nearly as long as Te Araroa, but I have spent many weeks of my life camping and backpacking.

“It will be a matter of putting one foot in front of the other.

“It seems a daunting endeavour, but it’s like everything else in life; when you break it down, it’s so simple – just keep moving forward, enjoy the journey, eat healthy food and drink water.”

Usually walkers take anywhere between 120 and 150 days to complete the Te Araroa Trail, but McDonald is giving herself six months to allow for a few in-depth art projects along the way.

She’d like to meet local artists as she walks through New Zealand, learn about Maori culture and exhibit her work in a New Zealand gallery if any are interested.

DOC is calling for more recreational pursuits such as four-wheel driving, mountain biking and horse riding in its conservation parks.

There are three conservation parks in Otago – Te Papanui near Dunedin, Oteake in Central Otago and Hawea near Wanaka.

DOC outlined its plan to encourage more use of these parks in its draft Conservation Management Strategy (CMS) for Otago.

The draft states Otago’s conservation parks, as opposed to Mt Aspiring National Park (MANP), have the potential to increase recreational opportunities without compromising natural and historic values and the visitor experience.

“There is a less restrictive approach to the use of aircraft than in a national park.”

He says FMC is open to different types of recreational use and that “there should be something for everyone”.

“For instance, horse riding is fine in conservation parks which by and large are modified landscapes,” McNeil said. “Indeed, the parks mainly arise from High Country Pastoral Review and musterers have been riding horses there for over a century, so we have no issue with them.

“But we would nonetheless be not too happy if aircraft were unmanaged in the conservation parks – there is a big difference between ‘less restrictive’ and open slather.

“Problems arise when different users start impacting undesirably on others.”

“CMS drafts provide a public debate on the merits of each use and how to ensure conflict is kept to a minimum while maximising everyone’s enjoyment,” McNeil said.

To read the drafts and make submissions visit: www.doc.govt.nz/cms. Submissions close on September 13, 2013. 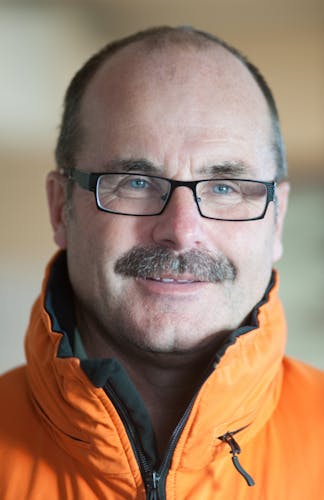 Lou Sanson will take over as DOC director general this September

Antarctica New Zealand boss Lou Sanson has taken the reigns of the Department of Conservation, replacing Al Morrison as the director general of conservation.

State Services Commissioner Iain Rennie said Sanson is the right man for the job because of his ability to work with diverse stakeholders and his experience in organisational change.

“I consider Mr Sanson to have the intellectual capability, strategic leadership, policy experience, change management skills, and personal qualities to be successful in the role,” Rennie said. “With a proven commitment to conservation, he possesses the focus to roll out the new business model and required shift in culture and practice, while maintaining delivery of the wide range of DOC services.”

Sanson takes up his new role on September 14 when current DOC boss Al Morrison leaves to take up the role of deputy commissioner of the State Services Commission.

Sanson should hit the ground running because he has spent 15 years working at various levels of the department.

From 1998 to 2002, he was the conservator for the Southland Conservancy, responsible for all DOC land in the Southland District including Fiordland National Park, Stewart Island and New Zealand’s Sub-Antarctic islands.

Prior to this, he was operations manager for Southland Conservancy.

From 1978 to 1987, he held various other environmental roles, including roles with the New Zealand Forest Service, DSIR Antarctic Division and the New Zealand Wildlife Service.

More recently, since 2002, Sanson has been Chief Executive of Antarctica New Zealand where he is responsible for the development and execution of New Zealand’s activities in Antarctica and the Southern Ocean.

DOC senior media advisor Herb Christophers said Sanson wants to meet DOC staff and to get a full picture of the department before speaking publically about his new role.

“He will spend the coming weeks working with Al Morrison and talking to DOC staff as he familiarises himself with the department,” Christophers said. 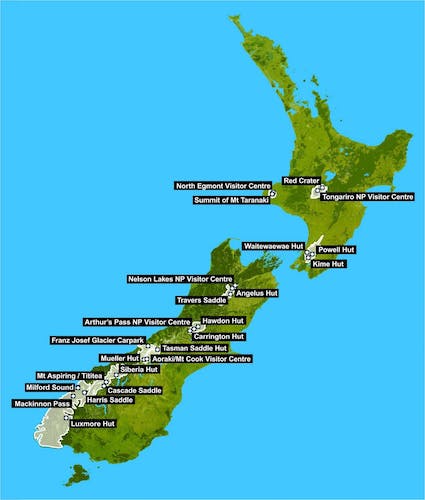 This compares to a previous service of eight locations with a mix of forecast lengths from two to five days and from a frequency of twice daily to weekly.

Conservation Minister Nick Smith announced the new service. “New Zealand’s mountain environment can quickly turn from warm and calm to treacherous,” he said. “We can improve the safety and enjoyment of users by providing more frequent and detailed weather forecasts on the internet.

“This improved weather service will reduce risk and save lives.

“It makes sense for an area like Fiordland to have a forecast for four different locations because the national park is so large that the weather can significantly vary between east and west and north and south,” Smith explained. “Another welcome addition is the inclusion of a specific forecast for the Tararua Forest Park.

“Trampers and hunters who use this area can now plan with more certainty given the fickle nature of the weather in this popular area.

“Other mountain areas will be covered in the brief and extended mountain forecast.”

Te Urewera will now be covered daily, rather than every Friday, though to a more limited extent by the Brief New Zealand Mountain Forecast.

Each full mountain forecast will include the following:

DOC has had a contract with MetService since 1997 to provide weather forecasts for specific national parks and mountain ranges at a cost of around $106,000 a year. The new forecast service requires the funding to double to $226,500 each year.