A new section of the Te Araroa Trail will be open before Christmas after confusion over its status led to ugly scenes for some trampers.

He continued anyway, sure this was the correct track, but reached a property with tape and razor wire blocking the path and a sign warning dogs will bite. Four dogs then ran at him from the house. “It was really intimidating,” he said. “They were aggressive and this isn’t good especially as a lot of people from overseas will be coming through.”

McAlpine yelled at the dogs which kept them at bay, before trying to speak to the tenant at the property. “He was shouting at me from the residence – I never actually saw him,” he said. “He told me to exit via another trail.”

The tramper assumed he must have gone the wrong way, so returned the way he came. Residents at the opposite end of the track told him it was the correct trail and, the following morning, McAlpine tried his luck again. Luckily for him, the angry tenant and his dogs were out, so he got through unscathed.

DOC says Te Araroa Trail organisers were told this trail would be open earlier in the year, but there were still a few issues to resolve and, until now, it has remained private property with no legal access.

But in early December, the department held a meeting with the property owner, who lives in Australia, and who is supportive of Te Araroa and has agreed that the trail should open through his property as soon as possible.

He will now speak to his tenants to inform them that the trail will open to Te Araroa Trail walkers on his property.

DOC says the razor wire was actually put in by a neighbour, blocking land which has nothing to do with the trail. The department will now place signage and bollards so the course of the track is clear to everyone. 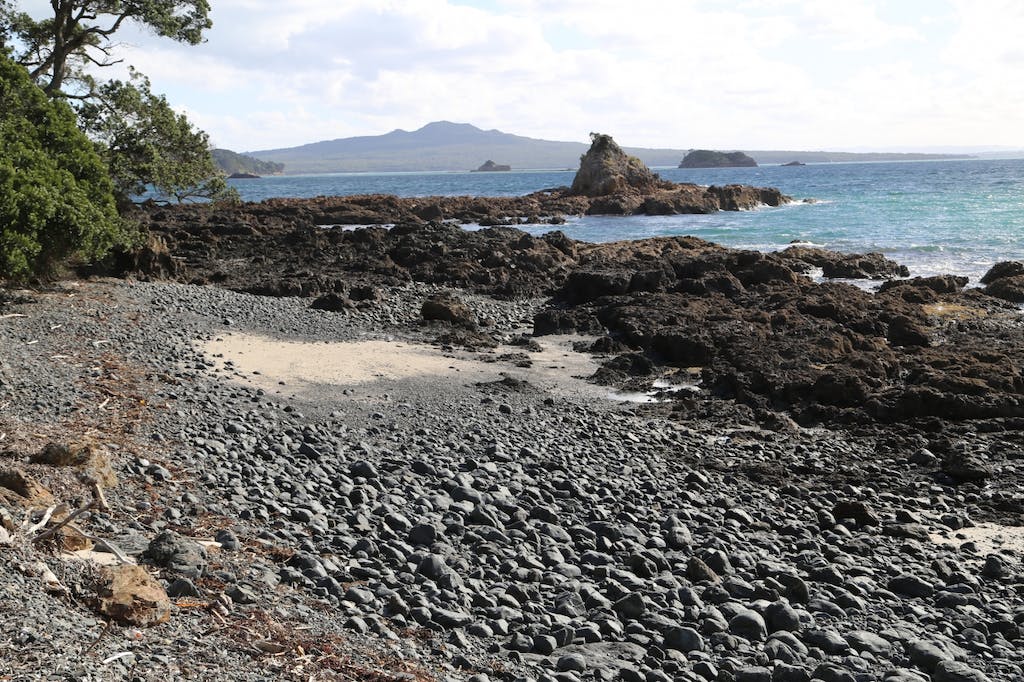 Rangitoto from the coastline near Billy Goat Point on Motutapu Island. Photo supplied

A 100km trail on Waiheke Island has been launched, linking the island’s best walkways, beaches and country lanes.

The Te Ara Hura Walkway is a work in progress but there are already 200 marker posts spread around the island at every junction and these will soon be joined by signs telling stories about the island.

The launch of the trail was made at the Waiheke Walking Festival, held in November and maps have been created, detailing the route. They’re available online by Googling ‘Te Ara Hura map 1’. They’re also available in hard copy on the island itself.

But it’s not just Waiheke experiencing exciting developments; a new two-day guided walk on Rangitoto and Motutapu islands has been launched.

The walk is the latest in DOC’s Manaaki Trails series, led by local iwi, and for those keen to learn the traditional stories and customs surrounding these landscapes.

At the time of writing, DOC was hopeful the tours would start by the end of the year.

You could keep the rowboats rowing

DOC is asking for a show of hands for who could take on the responsibility of managing the Lake Waikareiti rowboat service.

The department has recently terminated the service in Te Urewera due to the investment required to improve the safety after a near-disaster last year.

In October a man and two children needed to be rescued after they became stranded at the edge of the lake in foul conditions. After reviewing the incident, DOC concluded that more incidents were inevitable unless it improved safety.

“It wasn’t an easy decision to make,” said Hemi Barsdell from DOC Te Urewera. “But the crux of the matter was that even though there wasn’t a serious incident it was only a matter of time before something serious happened.”

He said changes needed to make rowing safe “wouldn’t have been sustainable.”

The department now wants to open the running of the service, or a similar activity on the lake, to iwi, businesses or volunteers who may be interested in taking on the responsibility.

“We’d like to see some form of activity pursued and we plan to talk to iwi, businesses and volunteers to see if anyone wants to put their hands up.

“We think there’s a likelihood that it could make a profitable business for somebody. And if there is someone passionate enough about the activity, it’s not unforeseeable for them to run it as a ‘not for profit’ operation. We are keen to work with those who may be interested in taking on the opportunity.”

What’s yours is mined 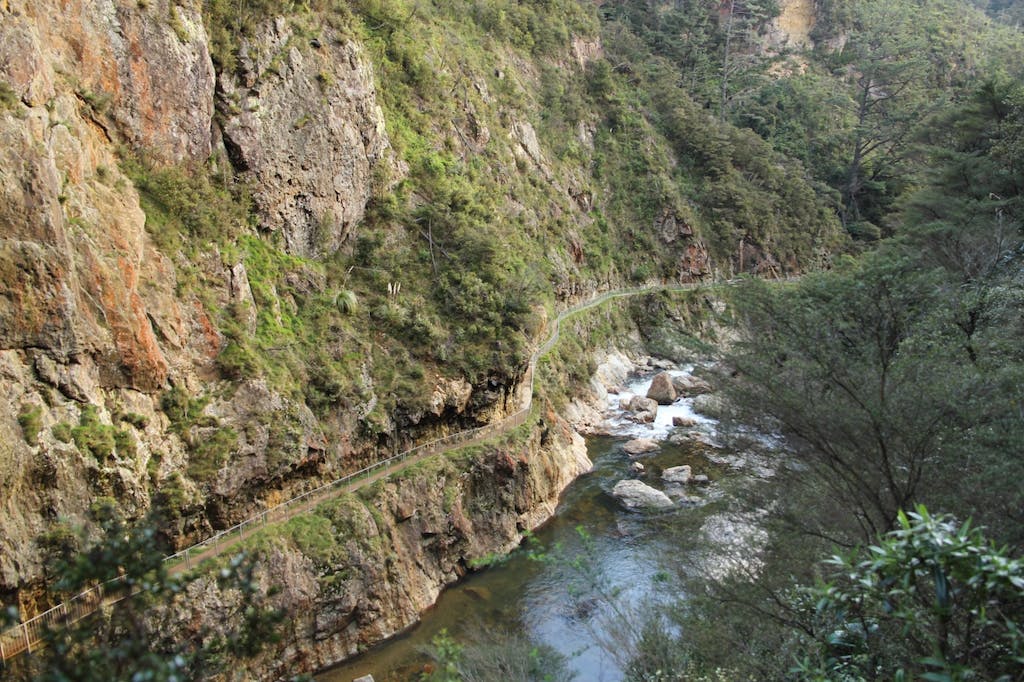 Trampers and residents are distraught that underground mining has been permitted close to a popular walking and cycling beauty spot.

The Karangahake Gorge between Paeroa and Waihi is a magnet for cyclists as part of the Hauraki Rail Trail, and for walkers with its historic canyon trails through tunnels and overlooking Waitawheta River.

New Talisman Gold Mines Ltd has been given approval to carry out exploration work involving trial mining in a historic underground mine.

But campaigners say the mine will seriously affect the recreational experience, as trucks heading in and out of the mine will share the road for part of the way with those walking the Dubbo Track and up Karangahake, 544m, to the south of the gorge.

Ruby Powell from Protect Karangahake Group also wondered what will happen to the popular Windows Walk, which heads through a series of historic mining tunnels. “A blasting specialist we spoke to said he can’t imagine they’d let people walk into the tunnels when they’re blasting. The Windows Walk is one of the most popular short walks.

“The more I learn about this the more it blows my mind. It would affect visitors which would have a knock-on effect to the economy.”

Powell also points out that the environmental assessment information used for approving these plans dates back to 1997 and within that data are assessments that date back as far as 1992. “It’s totally ridiculous,” she said.

DOC gave approval for the work to be carried out and said the company has agreed to ensure all wildlife in the area will be protected. Once the rock is extracted from the mine, it will be trucked to a site away from the gorge where it will be crushed and tested for its gold and silver content.

Nick Hirst, from DOC, added that the department has received no complaints about noise concerning mining activity in the gorge and that it’s ensuring anyone walking The Windows Walk will be perfectly safe.

“We closed the tunnels as a precaution after two mining industry geologists took a recreational walk through them and told us they had concerns about the tunnels’ safety. Their concerns had nothing to do with the mining activity on the other side of the river.

“We then had the tunnels inspected by a mining inspector from Worksafe New Zealand’s High Hazards Unit.” As a result, DOC is completing a maintenance programme to ensure the tunnels are absolutely safe and hoped to have them re-opened before December 25.

The department also said the 1997 assessments were reviewed in 2007. “We concluded that it was accurate and covered the mining activities applied for in 2007,” explained Hirst.