Two bridges that help trampers and hunters access the most remote corners of the West Coast have been replaced.

The Lambert River and Hende’s Creek are both tributaries of the Wanganui River, which recently flooded in spectacular fashion, destroying the abutments of the highway bridge.

It’s necessary to cross both the Lambert River and Hende’s Creek to access some of Westland’s wildest country – the Lambert Tops and the Gardens of Eden and Allah, within the Adams Wilderness Area. Hende’s Creek also allows access to the upper Wanganui Valley and Hunters and Smyth huts.

The bridges over these two waterways were damaged in 2008 and 2009.

“It can be pretty hairy trying to walk out from the wilderness area and the Wanganui in heavy rain,” said DOC ranger Ian Singleton. “In fact, the original Hende’s Creek Bridge was built in 1988 in a joint effort by DOC and the NZ Army after a man was drowned attempting to cross the flooded creek.”

The Lambert River Bridge, first built in 1976, was destroyed by a slip six months after major upgrade work was undertaken in 2008.

The large unstable slip was above the best anchor point in the Lambert Valley and DOC has waited to be sure the slip had stabilised before replacing the bridge. As the slip was unchanged after January’s flood event, and vegetation had started to regrow over the slip, work began.

Changes to DOC a “desperate measure” 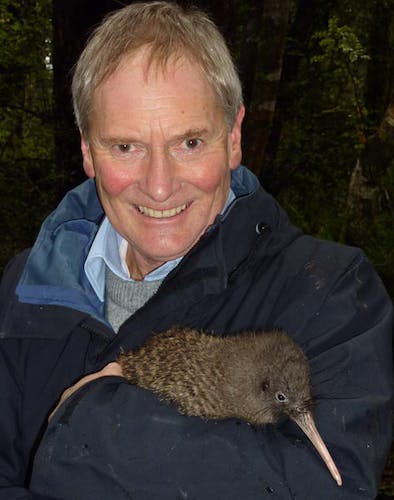 Job cuts and a new structure announced by DOC in March is a “desperate measure”, according to Federated Mountain Club president Robin McNeil.

McNeil said the proposed changes are entirely expected and DOC is trying to do the best it can with the meagre funding it has.

“The government is not terribly interested in conservation, nor is the public so what else can DOC do,” McNeil said. “Until the people tell the government to take conservation seriously and to fund it properly then nothing will change.

“We all need to start asking ourselves whether each of us deserves to be a New Zealander if we fail to stop the decline of our ecosystem and native species.”

In March, the Department of Conservation revealed a new operational structure it says will achieve more conservation work by working more with business and communities.

DOC director general Alastair Morrison said the change is not a result of budget cuts imposed by the government.

“Even if the government doubled DOC’s budget we would be doing this restructuring,” Morrison told journalists at a press conference. “Yes, the global financial crisis has challenged the public service to deliver better services at less cost.”

“The budget reduction has not influenced the shape of the restructure.”

Morrison, however, acknowledged the budget cuts have influenced the size of the change to ensure it captured savings.

The first phase completed in 2012 established new shared services centres around the country and axed 96 permanent positions allowing the department to save $7.5m a year.

This second phase of job cuts and restructuring will save $6.6m each year.

Morrison said DOC will continue to operate out of the same number of offices as it currently does, but the department’s existing 11 conservancies will be replaced by six new regions.

Morrison said the changes will create a flatter organisational structure and see the loss of about 118 management and administrative positions.

There will also be a reduction in 22 operational roles through “efficiencies gained” by the creation of new support hubs for activities such as asset management, inspections and work planning.

“This restructuring impacts severely on management, not rangers in the field,” Morrison said. “We can do that and minimise the impact by increasing managers’ span of control.

“It is of no comfort to those who are losing their current management position, but in overall terms it means there will be very little impact if any on delivery on the ground.”

The Labour Party, the Green Party and Forest and Bird have criticised the department for the job cuts which they say will reduce the amount of conservation work it does.

FMC’s McNeil said the proposed new structure might be better than the current one. “What we’ve got at the moment doesn’t work all that well,” he said. “Some areas are like little fiefdoms that have run amok.

“FMC has been having head-on battles with DOC and it feels like we haven’t been making a lot of progress under the current structure.” 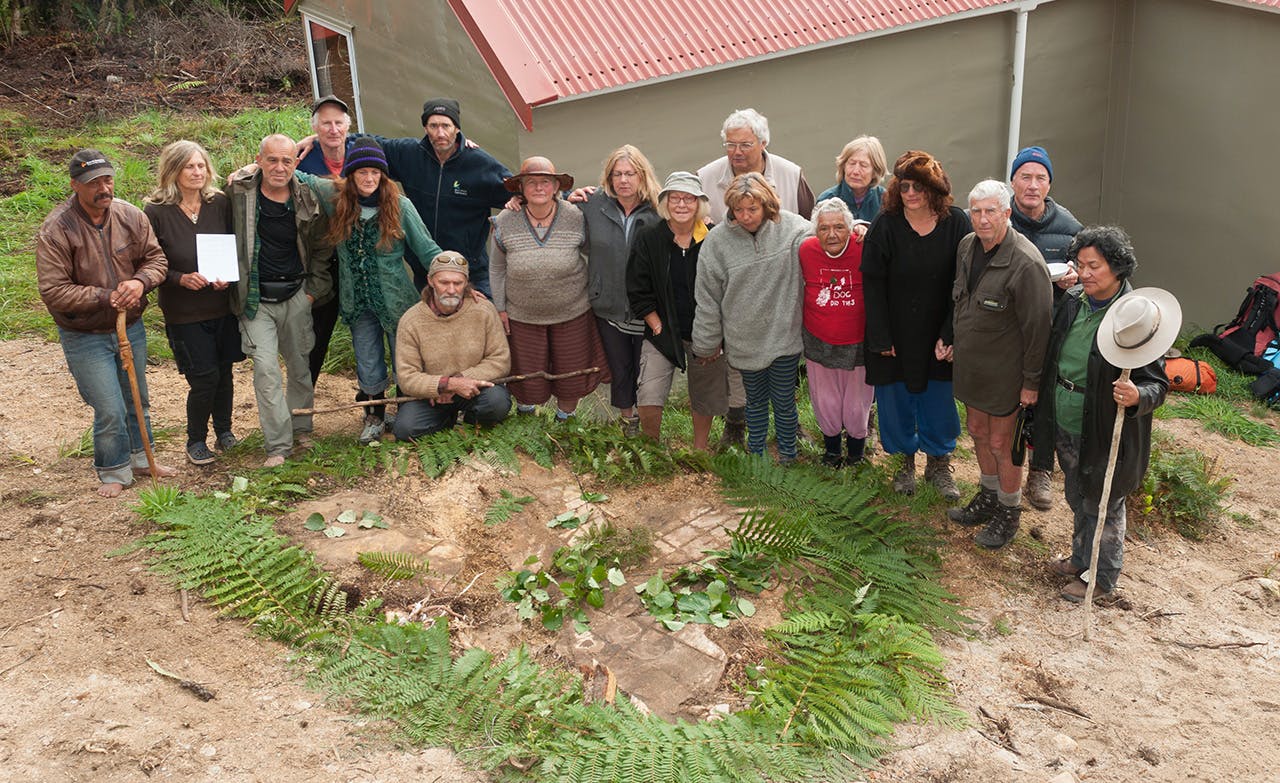 A wake has been held for a 500 year old kahikatea tree felled by the Department of Conservation after concerns it was a hazard to the newly extended Mokihinui Forks Hut.

Organised by Buller conservationists, a formal Maori tangi ceremony was held to protest the felling of the tree. Mangement of the hut was recently transferred to the Mokihinui-Lyell Backcountry Trust which is building the 82km Old Ghost Road mountain bike track. On completion, the track will connect the Mokihinui River Valley with Lyell and be part of the national cycleway project.

For the 19 conservationists who gathered on April 6 and 7, the tree was a symbol. Westport resident and organiser Peter Lusk is critical of DOC’s increasingly commercial focus and its relationship with the trust. “It’s a big move away from DOC’s core function of biodiversity protection toward tourism and recreation,” he said.

DOC said the tree was a risk to the hut and that moving the hut would have been too expensive. Lusk and the other attendees have formed a new group, Mokihinui E Tu Kahikatea, to stop similar clearing operations and what they see as the privatisation of huts and tracks. 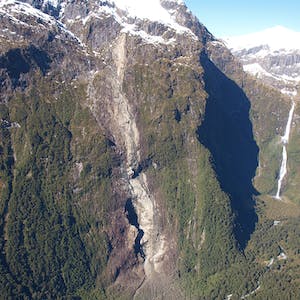 The new Sutherland Falls track should be reopened by October

The Department of Conservation is part way through building a new track to Sutherland Falls.

Access to the fall on the Milford Track was closed in October last year due to a significant rockfall onto the access track and concerns regarding stability of the rock face above the track.

The new track is due to open about the beginning of the Great Walks tramping season in October 2013. It includes two new swingbridges, views along the river and an opportunity to enjoy the waterfall up close.

DOC’s Ken Bradley said: “The old track was good, the new track will be even better!”

The north flank of Mt Hart (1769m) from around the 1300m contour totally collapsed in the rockfall, creating a blast zone 500m wide and obliterating the previous track. The rockfall measured 1000m from valley floor to its peak.

Sutherland Falls is the largest waterfall in New Zealand and is a major attraction on the Milford Track.