Trampers heading to the Dart Valley can now walk the entire track after a huge landslide threatened to keep it out of action.

The slip at Sandy Bluff, 10km north of the southern end of the track, has blocked the path of the Dart River, forming a lake in Dredge Flats. The lake is around 4km long and 20m deep.

For almost a month, the track was blocked, but DOC got to work building a new one on the true right of the river, avoiding the slip altogether.

Now trampers can walk the entire track once more, but the replacement track is a quick fix and is rough and muddy, meaning it’ll take a little longer than before. DOC estimates that the walking time between Chinamans Bluff and Daleys Flat Hut will be around five hours, as opposed to three-and-a-half hours previously.

DOC also warned the new track will be impassable after heavy rain because it crosses several streams. The department aims to improve the quality of the track over the coming winter months.

Around 2000 trampers walk the Rees/Dart Track, in Mt Aspiring National Park, each year and a further 3000 take day walks along the tracks. 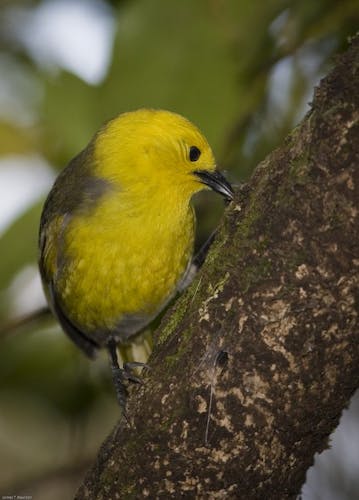 A determination not to repeat the disaster of 14-years-ago is driving DOC’s decision to plough $21 million to protect native bird species against an expected predator plague.

The summer’s beech mast is predicted to lead to an explosion of stoats and up to 30 million extra rats later in the year. The last time a beech mast took place, in 2000, Marlborough’s entire population of mohua/yellowhead was wiped out.

This time, DOC is determined to protect New Zealand’s rare native species against a similar fate.

Conservation minister Nick Smith has announced that $21 million has been set aside so 1080 can be dropped over areas with high risk populations, should it be needed. The money will come from DOC’s existing budget.

DOC spokesman Herb Christophers said the department has no choice but to prioritise this threat. “We’re not in a position to ask for extra funding at the moment and we will have to defer some other projects while we focus on this.

“Taking action is imperative. We lost a local population of mohua last time and if we continue with ‘business as usual’ then local species could diminish.”

DOC’s Director General Lou Sanson says doing nothing isn’t an option: “We’re concerned that our existing trap and ground based networks will get overwhelmed if predator numbers rise rapidly. Our best, and fastest, option for protection over large tracts of rugged bush is using biodegradable 1080.

“Without protection, for example, kiwi are expected to disappear from the wild within two human generations — we need to act to give our native species a fighting chance.”

Aoraki/Mt Cook not as high as we thought 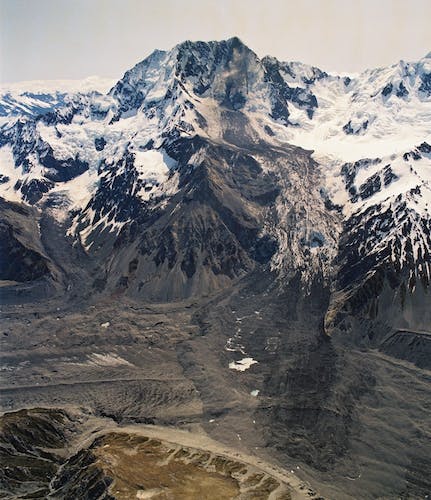 Aoraki Rock Avalanche: A colossal amount of rock and ice fell from the mountain in 1991

Those who have recently climbed New Zealand’s highest summit will be grumpy to learn their feat was 30m less impressive than they thought it was.

A four-man climbing expedition has confirmed Aoraki/Mt Cook’s official height is now 3724m, rather than the 3754m previously thought.

The old height was measured after the huge rock avalanche in December 1991, but since then the ice cap at the summit has shrunk.

Dr Pascal Sirguey, the project leader for the research, says global warming is probably not responsible for this. “By carefully studying photos taken after the collapse, it appears that there was still a relatively thick ice cap, which was most likely out of balance with the new shape of the summit ridge,” he said.

“As a result, the ice cap has been subject to erosion over the past 20 years. While the effects of climate change may spring to mind as an explanation, it is probably a case of a simple change in the geomorphology of the mountain.”

Aoraki /Mt Cook remains the highest mountain in New Zealand – ahead of neighbour Rarakiroa/Mt Tasman at 3497m – but it drops from 37th to 39th in the world’s most prominent peaks, slipping behind Costa Rica’s Cerro Chirripó and Indonesia’s Mt Rinjani. 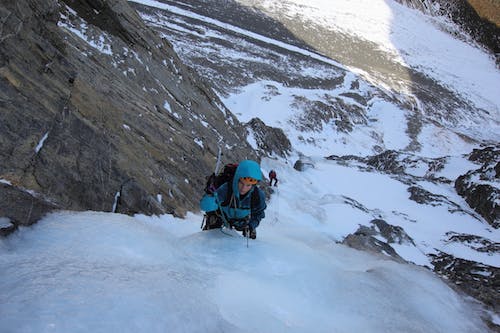 Wilderness gear reviewer and columnist Paul Hersey has been given a second chance to climb Anidesha Chuli (White Wave) in the Himalaya.

Hersey’s first attempt with his wife Shelley was scuppered by the 2011 Christchurch earthquake, which ruined their home and left them in a tenuous financial situation. The couple had the heart-breaking job of informing the rest of the expedition that they wouldn’t be joining them.

But now they have a second chance to have a go at the 6815m peak with climbing buddy John Price – a challenge that has just become more feasible thanks to a grant from The North Face and Australian Geographic Outdoor.

The grant consists of $8000 cash and $2000 worth of gear, which Hersey says will swing things in their favour.

“An expedition to the Himalayas is always expensive,” he said. “Gear, logistics, support at base camp – it all adds up. A grant of this size helps hugely – it improves our chances of success and tips the balance on our side a little bit more.”

It’ll be the first time all three climbers have come together for an expedition, but Hersey believes the team dynamics are perfect for the venture.

The group will fly to Nepal on April 4 where they’ll have more than seven weeks to complete the challenge. They plan to video the experience and screen their film at the New Zealand Mountain Film Festival later this year in order to inspire others to attempt similar adventures.

The previous attempt, from which Paul and Shelley had pulled out, had to be abandoned prior to reaching the summit but members of that expedition have helped Paul and the team plan for the trip.

“They’ve helped hugely,” said Hersey. “With hindsight we can analyse what happened and change plans and logistics accordingly.

“The mountain’s beautiful and there’s a lot of Kiwi history there. An expedition in the 1970s attempted its neighbour Jannu and mentioned how spectacular it looked – it’s incredible it’s still unclimbed!”