Now in its third year, The 2014 Remarkables Ice and Mixed Climbing Festival, held in Queenstown, drew in over 140 climbers and skiers, with over 80 climbers attending climbing, skiing and back country skills courses. Festival director Daniel Joll said Mr McKinnon was named Black Diamond NZ Alpinist of the Year – announced at the Festival – by an experienced panel. ”Guy did three really impressive solos this year but Popes Nose was the one that won him the award – the one at a higher level than anyone else has done.”

This year over $19,000 was raised for the Expedition Climbers Club Expedition Capital Fund. For more on next year’s festival visit: www.iceandmixedfestival.co.nz

The Central Otago Rail Trail may soon be just one of many reasons for bikers to visit the Alexandra region.

DOC has just signed an agreement with Mountain Bikers of Alexandra to build and manage new mountain bike tracks on public land.

In particular, they are looking at the possibility of tracks to the top of Flat Top Hill, which follows the Clutha River south of the town. 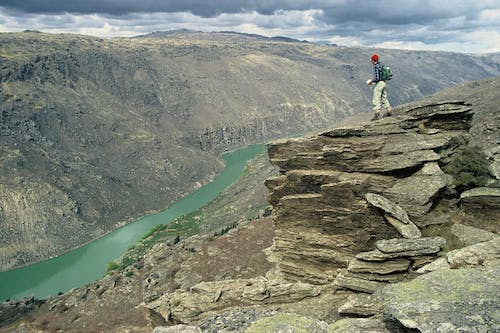 “A couple of tracks are planned,” said Mountain Bikers of Alexandra president Jonno Kingsford. “The one that has been approved is from Butchers Dam car park (off SH8). 4WD tracks already exist there, but they’re difficult to ride and the new track will complement what’s already there.

“Central Otago has been marketed on its trail riding, but we see mountain biking as an untapped market for the region. We want to build beginner, intermediate and advanced tracks to attract that market.”

The region has a history of sympathetic landowners allowing bikers to use their land. “We don’t want to take advantage of that,” said Kingsford. “That’s why we want to build on public land so we can maintain them, put sign posts up and give the bike shops something to market.

“The region offers a wide variety of technical and non-technical biking with unobstructed views. You don’t have to go far to feel hundreds of miles from civilisation.”

DOC’s Jacob Dexter said: “DOC and the club recognise the potential to build some great new tracks and to raise the national profile of mountain biking in Central Otago. This partnership is the first step to achieving that.”

The predator plague was as severe as expected, according to DOC, who have already dropped poison on large tracts of land and plan to drop plenty more.

The department says the number of rats, stoats, possums and mice varies from one site to another but, by and large, numbers are where they feared they would be. 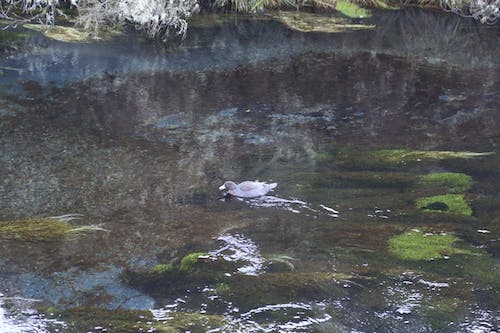 following up with posion over the likes of Iris Burn and Waitutu in Fiordland, Dart, Routeburn and Caples in Otago, Abel Tasman NP and the Leslie region of Kahurangi NP.

Kahurangi NP has five operations in total to be completed during September – these are Cobb, Gouland, Anatoki, Wangapeka and Oparara.

“We need to time it to give the species concerned the best chance of survival,” said DOC’s Herb Christophers. “For instance, in the Wangapeka, we’re trying to save the whio. They nest now and are at their most vulnerable so it’s important we try to cut predator numbers now to give them the best chance.”

Drops over the Lewis Pass and Marlborough Sounds are also planned for September, while drops at Nelson Lakes, Waimakariri, Catlins and lower Hollyford are planned for October.

The predator plague has stemmed from a huge beech flowering over the summer and subsequent seed fall. The sudden increase in food is expected to result in much higher numbers of rats, stoats, possums and mice than usual.

DOC is trying to curb these numbers in regions where there are rare species of native creatures, such as whio, mohua and kiwi.

Time will tell if efforts have been successful or not. The true success of the drops for native populations can only be measured the following season.

The family of a German tramper who went missing in Nelson Lakes National Park last summer are determined that this season they find out what happened to their son.

Christian Ulf Erik Prehn was last seen at Travers Saddle, on February 25, when he talked to trampers he met about the possibilities of taking photos from a slightly higher perspective at the saddle. 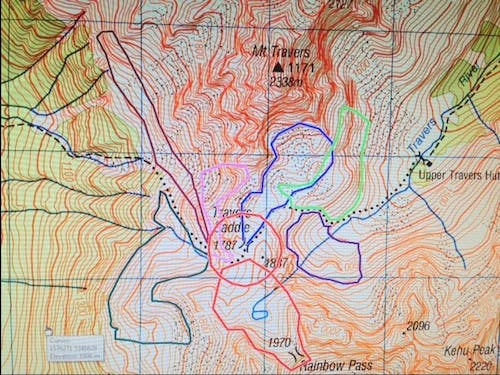 pack, climbed a short way in the direction of Mt Travers, and fallen in such an obscure place that rescuers have so far been unable to locate him.

Ground and air-based searches continued until April, when the weather became too severe to continue. Now the weather’s starting to improve, Christian’s family are hoping for renewed searches and ask trampers in the area to keep their eyes open.

“With the chances of better weather and new operations getting better, we want to take new attempts to find out what happened to our son Christian,” said his father Jens Uwe Prehn.

Christian would have turned 20 on September 1 this year.

Brand new multi-day in the Kaimais?

Groups in the Auckland region are clubbing together to transform the tramping experience in the Kaimai Range.

The range is situated west of Tauranga and is within two hours from half of New Zealand’s population.

Central to the plans is the development of a purpose-built four-day track designed to show off the best the region has to offer while offering numerous stop-offs at sensible intervals.

The group leading the concept is Auckland Tramping Club. Club president Tony Walton said the group is keen to take advantage of DOC’s Community Conservation Partnerships Fund (CCPF) to develop a first-rate tramping region for those who live in the likes of Auckland, Tauranga, Hamilton and 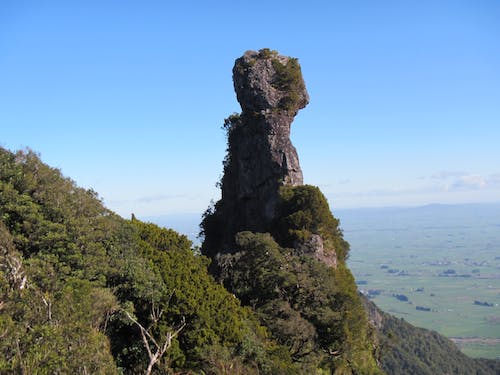 “It is a rugged but rewarding area,” said Walton. “From the tops on a fine day you can see from White Island to the Hauraki Gulf to all the Waikato hills, to the central snow covered mountains and, if you are lucky, to Mt Taranaki.”

Unfortunately, the region has suffered from a lack of investment over the years and the huts and tracks that currently exist are often shabby.

“It is suffering the fate of many areas in that limited development and maintenance tries to channel everyone into a limited number of options,” said Walton, “which is not what outdoor people respond well to.

“If they are to come back again and again, they want different options, additional challenges, alternative ways to truly explore and understand an area, places where they do not feel crowded out.”

There is an existing multi-day track – the North South Track – but this is often rough, overgrown, with minimal views and with not always somewhere to stay.

So the plan is to develop a four-day traverse of the range from Wairere Falls to Karangahake Gorge with good quality 6-8 bunk huts and camping facilities at the end of each day.

The club has drafted a five-year plan during which these developments are to be carried out.

No sooner had he arrived home after spending nearly 600 days circumnavigating New Zealand, Brando Yelavich was reintroduced to civilisation… by having his car broken into.

Thieves stole speakers from his vehicle, which was parked outside his grandparents’ home.

The 20-year-old also believes that, in a separate incident, his mobile phone was taken from the car roof.

But Yelavich is a calmer man to the boy who first set off from Cape Reinga more than 18 months ago. His journey since that time, which includes six near-death experiences, has made him far more matter-of-fact about such things.

“If I’d lost my phone before the adventure, I would have lost the plot,” said Yelavich. “But now I know material things are nothing compared to life and nature – I can just buy a new one.

“When I returned from the journey, I went for a drink in a bar in Takapuna with friends. I was people-watching, seeing myself before the trip. It was a 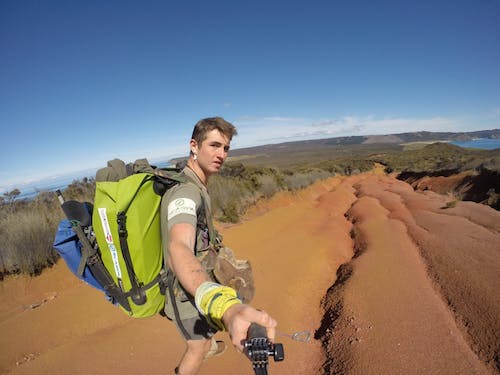 world of people getting wasted and doing stupid things like getting into fights. I thought it was so stupid.”

Prior to the trip Yelavich’s life was dominated by alcohol and smoking pot. He decided he didn’t want to live like that any longer and he would undertake a huge adventure.

He decided to walk, climb, swim and pack raft his way around New Zealand’s coastline – from and to Cape Reinga – mostly camping wild and eating food he’d caught and picked himself.

The challenge was harder than he’d imagined. First, the never-ending emptiness of 90-Mile Beach, then getting rescued from rocks in Piha, before breaking down for the first time in King Country. “I was in considerable pain with my feet and joints,” said Yelavich. “I was hacking through thick gorse that was really hard and sharp and cutting me. I’d not eaten enough food, I didn’t want to walk anymore and I wanted a hug from my mum. I sat down and had a cry.

“The next morning I was camping tied to a cliff face and I awoke to the sunrise and a wonderful moment of clarity.”

River crossings provided the biggest problem – in particular the Waiau River in Southland where he thought he was going to drown when pack rafting while the river was in flood. The current pulled him under and he was pinned against the roots of a fallen tree.

“In my head I was dying,” he said. “I was stuck. I tried one last kick and I still couldn’t move, so I gave up. But the current then pushed me through the gap I’d made with that kick. I climbed out of the water, my eyes were going black and I vomited out water.”

Yelavich celebrated completing the journey with a dip in the ocean, where the Tasman meets the Pacific. This was to wash away his past and he now hopes to launch a TV series introducing people to the wild.

As for his favourite sections of New Zealand’s coastline: they are the Kahurangi coast from the Kahurangi lighthouse down to the Heaphy Track and the white sands of Great Exhibition Bay, in Northland. “Other than Fiordland the Kahurangi Coast is the wildest part of New Zealand,” said Yelavich. “I would spend the whole day climbing and hanging on to cliffs while waves tried to wash me off.”

It took him three days to reach the brand new Heaphy Hut. “That was a beautiful night’s sleep,” he said.

So many of us love to complement our trips with great snaps of the experience. For some, getting that perfectly framed shot is as important as hitting the summit or reaching the hut.

This year we have three terrific Panasonic cameras to give away to our winners.

We’d like you to head to the hills and return with shots to enter into one of the following three categories:

Email your entries to wildernessphotocomp@lifestylepublishing.co.nz

The closing date for entries is Saturday, January 31, 2015 and the winners will be announced in the March 2015 issue of Wilderness. 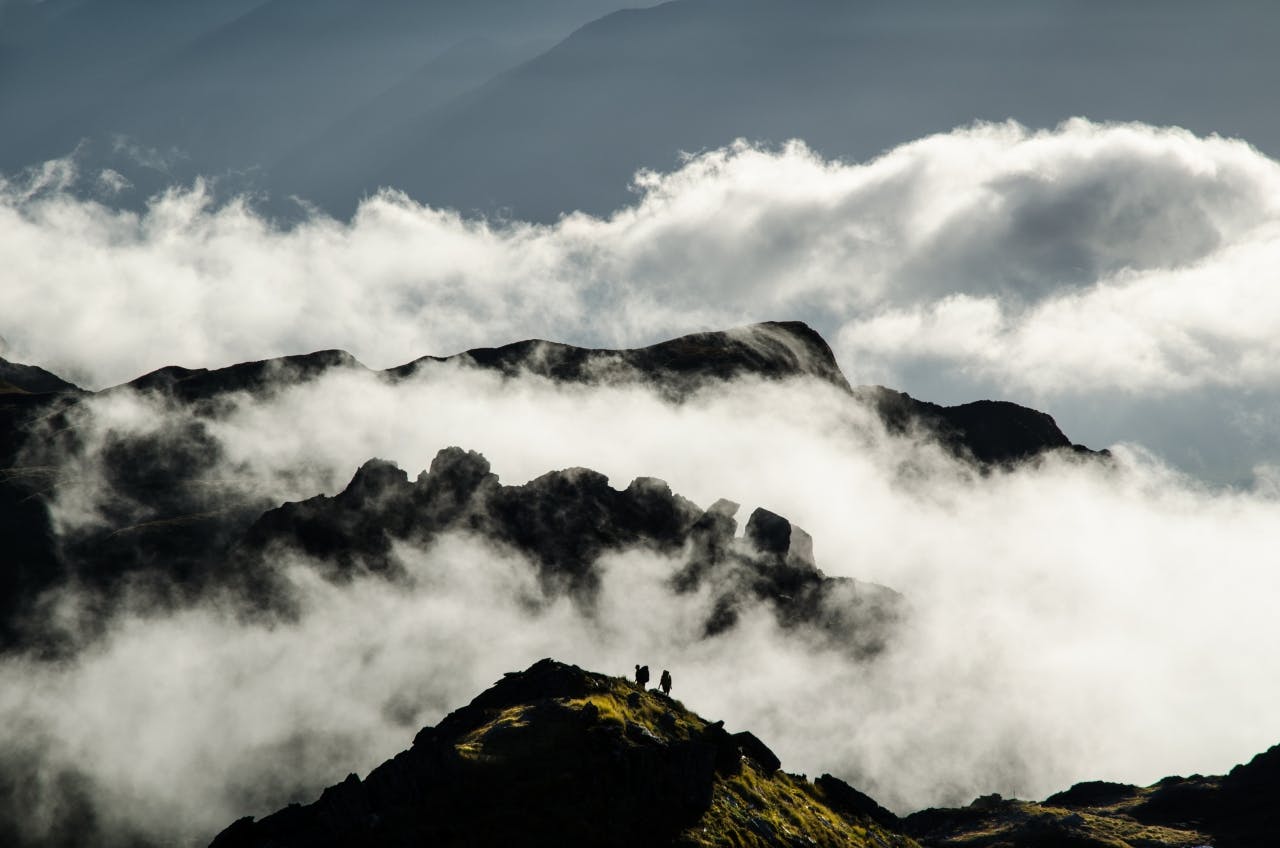