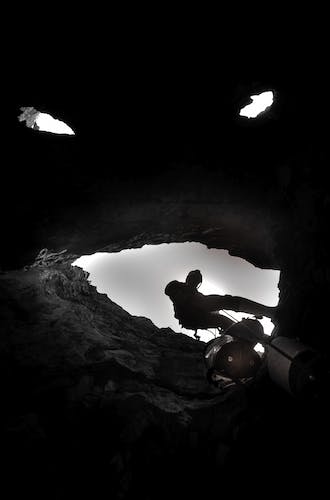 New Zealand’s deepest and longest caving system has been conquered for the first time after 60 years of trying.

For decades, cavers have been searching for the ‘missing link’ between cave systems towards the top of Mt Arthur, in Kahurangi National Park, and systems at the bottom.

And it’s only now that the dream has been realised thanks to a core of hardy enthusiasts who refused to be defeated.

The group, led by Kieran McKay, squeezed their way between Stormy Pot cave system, at the top, and Nettlebed at the bottom in a mammoth 8.9km two-day trip that saw them descend 1200m.

For Wilderness contributor Neil Silverwood, who was on the historic trip, it was one of the best caving experiences of his life.

“It’s the best one I’ve done in New Zealand,” he said. “It has some very tight squeezes as well as 50m-wide passages, some big abseils and plenty of swimming and wading.

“Getting from Stormy Pot to Nettlebed involved the tightest squeeze I’ve had in my life. It took me three minutes to travel one metre! But we were confident we would find a way through.”

The team had done its research. In October last year they split into two groups, one going in through the top and the other through the bottom. One group released fluorescent dye and kerosene smoke to the other and they discovered there was a way through.

Then, in January, the group tried again and McKay managed to chisel a hole from one chamber to the bottom of a shaft in the other, but was unable to climb to the top of the shaft to reach the cave system proper.

“Making the connection was huge for the New Zealand caving community,” said Silverwood. “It’s the most exciting find we’ve ever had. We’ve been going for this all of our lives.”

The next challenge is exploring holes that are even higher up the mountain to see if they can also be link to Nettlebed.

A group from Australia is currently exploring the nearby Pearse Resurgence into which they’ve so far dived 220m underground. If cavers can find a link between this cave and Nettlebed, it would extend the whole caving system by several hundred metres.

A campaigner for the construction of a road from Haast to Hollyford in Fiordland says he’s prepared to go to court to prove it’s a legal right of way.

Former Westland mayor Durham Havill said there was a legal paper road which was removed from maps illegally in 1976 by Lands and Survey.

He wants the road reinstated so resource consent will be granted for the building of a highway cutting through part of Fiordland National Park.

From the southern end, the road would largely follow the Hollyford Track until forking right along the Pyke Big Bay Route, past Lake Alabaster and Lake Wilmot. It would eventually join the existing Jackson River Road at Cascade River.

It would cut the journey from Haast to Milford Sound by 335km and developers say it would cost $220 million to build. Havill said developers, not ratepayers, would carry full financial risk, although Southland District Council is hesitant to support the project because it fears there is a risk to the tax payer.

One group firmly in favour of the proposal is Westland District Properties Ltd, the property arm of Westland District Council, which supports a private company taking over the project and will receive a $1million ‘success fee’ if consent is granted.

Land Information New Zealand’s Craig Armitage said it’s unclear whether the route is legally a paper road or not. “LINZ will normally only record roads in the cadastre where it is confident that they are legal,” he said. “In this case, the Surveyor-General has concluded that the available evidence is not sufficiently compelling to alter the way in which the route is currently shown.

“LINZ has therefore advised Westland District Council that the best way of determining the legality of any road between Haast and Hollyford Road is through the courts. LINZ would update the cadastre to reflect any decision from the Courts.” Automatic predator traps that can kill 24 rats before needing to be reset are proving highly successful in DOC trials.

The department says it’s very encouraged by the results that are coming in and we could well see the traps used across the country in years to come.

Goodnature, a firm that produces and tests the traps, set up trial sites in Onepu, Te Urewera and Boundary Stream, near Napier. The traps there indicate zero per cent rat detection, whereas monitored areas outside the trial site show rat populations still thriving.

Powered by a small compressed Co2 canister, the traps have a long life rodent lure and automatically reset themselves after striking.

Goodnature’s Stu Barr is delighted by the results. “The traps are reducing rat populations well below the level where our vulnerable and endangered species can rebound,” he said. “We’ve taken the pressure off the birds and put it back on the rats.”

Despite the apparent success of the trials, DOC’s keen to point out that it needs to continue to use 1080 alongside any traps it may use.

“DOC sees the results as a very promising step towards the on-going improvements and refinements of these traps and will continue to use these traps as part of our trapping operations,” said Kevin O’Connor, deputy director-general conservation services.

“Aerial 1080 remains the most effective option we have for a rapid, large scale response to the threat predators pose in often difficult terrain. However, we are always on the lookout for the most effective method of predator control in larger and isolated areas. The combination of both ground and aerial control works best for us at present.” 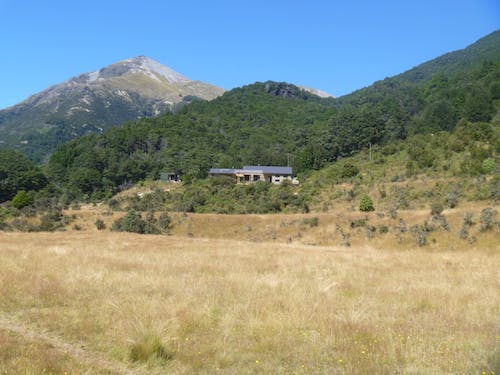 A brand new hut with sunny deck and flush toilets (in summer) has just been completed in the Caples Valley.

The old Mid-Caples Hut has been removed and a new hut with twice the number of beds has been built in its place.

DOC’s Wakatipu conservation services manager John Roberts said: “Many visitors walk through the mid-Caples to reach the upper Caples Valley and then over to the Greenstone Valley.

On the down side, Upper Caples Hut has now been closed for public use and it’s now a 6-7hr tramp between Mid-Caples Hut and McKellar Hut in the Greenstone Valley.

But DOC has recently upgraded track over McKellar Saddle (between the two huts) and has also upgraded both the Greenstone and McKellar huts.

“DOC is currently considering the future for the Upper Caples Hut, which may include it being managed by a community group,” said Roberts.

The Caples Valley, on the western side of Lake Wakatipu, is visited by more than 3000 people each year. 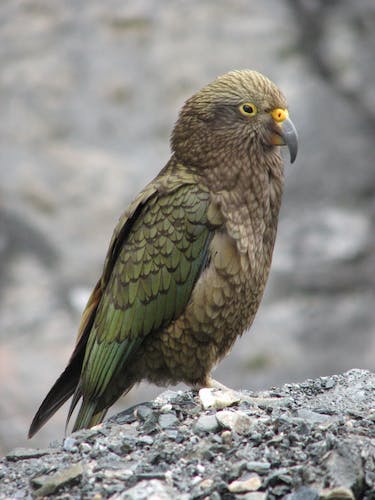 Those heading to mountainous regions where kea regularly pester for food, may spot the parrots looking a little worse for wear. If you notice these groggy birds rejecting food offerings from tourists, then leap for joy because their lives may just have been saved.

In a radical move to avoid kea deaths from eating 1080 poison, DOC’s considering feeding kea a chemical that’ll quickly give them an upset stomach. The chemical would cause them no long term discomfort but would hopefully put them off trying unfamiliar food and, ultimately, the 1080 pellets.

DOC has to act quickly to stop the mountain parrots eating 1080 pellets that need to be dropped if the expected predator plague hits later this year.

The pellets will be dropped in regions containing critically rare species of bird, such as mohua, orange-fronted parakeet and kiwi.

The problem is, kea are scavengers and are more susceptible to the bait than other species. In a trial last year in Arthur’s Pass, five out of 39 monitored kea were killed from ingesting the poison. The consensus among those who study the impact of 1080 is the long-term benefit to kea populations from wiping out predators outweighs the small number of casualties resulting from 1080 drops.

Researchers believe that tourists who feed the parrots encourage them to try new things and make them more susceptible to eating 1080 pellets. Those further removed from human contact seem less likely to be tempted by the bait.