A recently-opened trail gives trampers access to a superb natural feature for the very first time.

Te Rata Bay (Hot Water Beach) at Lake Tarawera, near Rotorua, has until recently only been accessible by boat. But now the 11km Tarawera Trail has been completed and trampers can expect to get to the beach in around four hours.

The beach allows you to bathe in your own relaxing hot bath and the lake is excellent for swimming. There’s also a campsite at the beach which needs to be booked in advance.

The walk, which starts at Te Waiora car park, on Tarawera Road, 15min from Rotorua, features interpretive panels educating trampers about the history and ecology of the area. 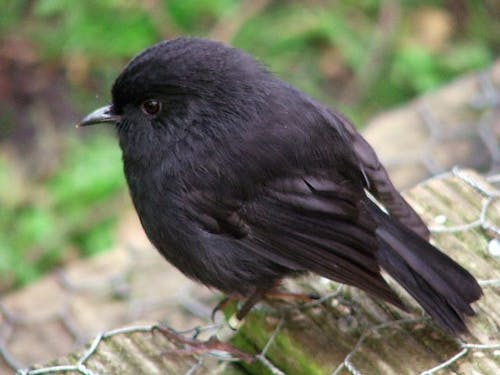 Good intentions by conservationists in the 1980s could have led to long term
disaster for a critically endangered species of bird, according to researchers.

Conservation workers trying to protect the black robin, endemic to the Chatham Islands, would push eggs laid at the edge of the nest to the centre.

But the act led to the spread of ‘edge of the nest laying’ genes meaning the bird became increasingly dependent on humans for their survival.

“Our study reveals how this valiant effort nearly ended in disaster,” said Massaro, “It highlights the thin line that conservation efforts must walk between saving a species and rendering it irreversibly dependent on humans.
“It is important that such information enters the public consciousness, so this risk may be avoided in other conservation efforts.”

In 1980 there were only five black robins in existence, now there are around 250. And since 1990, when human egg intervention ceased, the edge of the nest laying behaviour has died out.

What’s the point of conservation boards?

They’re vital, they’re here to stay and they need to be taken more seriously, according to a review into how they operate and how they should function in the future.

The Conservation Boards Review also recommended that the number of boards stays at 13, after years of discussion around reducing the number.

So if DOC looks after our conservation land, why are the boards so important?

The review says not only are they advisors but they’re an independent connection between us and the Government. And President of the FMC Robin McNeill said they’ve demonstrated this many times.

“The parks and reserves are not owned by the Government,” he said. “They’re owned by the people, and the boards give the public a chance to be involved with the management of land.

“I remember a discussion over the use of 1080 in the Waitutu Forest. DOC’s scientists were explaining the pros of using 1080 to people but it fell on deaf ears. But the conservation board members put some passion into the argument and were able to shift opinion.

“With the tunnel in Fiordland, the Southland Conservation Board gave very good reasons why it should not be approved. Many of these thoughts were eventually echoed by the Minister [of Conservation].”

McNeill largely supports the report because it recognises the importance of the boards – a recognition he believes has been lacking in recent years.

“They’ve been undervalued by certain DOC managers and morale is at rock bottom,” he said. “In many regions, DOC has shown very little interest in what the boards have to say. This is a big difference to how they were treated 10 years ago.” 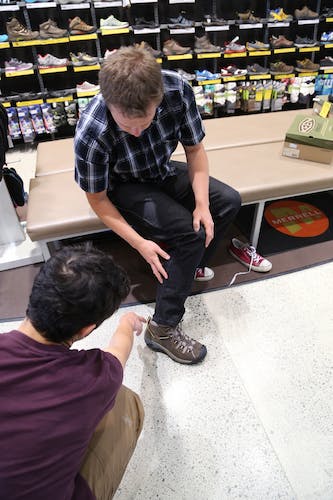 We’re asking you to nominate the community group, outdoor store or brand that has gone beyond the call and deserves special recognition.

The Wilderness Outdoor Awards gives everyone the chance to nominate but you only have until February 1 to get your nomination in by logging in to wildernessmag.co.nz and following the link.

If you’ve now missed this deadline, we’ll be drawing up a shortlist from which you can get voting for your favourite from February 24. To vote, log in to wildernessmag.co.nz and follow the links or type ‘Outdoor Awards’ into the search box.

The five categories in which to nominate and vote are:

Takahe on the Milford Track

Those walking the Milford Track will soon get even more value for their buck with the chance to see one of the world’s rarest birds en route.

Three pairs of takahe are to be moved to the Clinton Valley and this will be the only place the public can see the bird in its natural habitat.

Before the arrival of predators, the species thrived in the region, and thanks to the intensive trapping along the track, DOC hopes predator levels are low enough for takahe to live there once more.

Currently the only other place where the bird is present in a wild state in its natural environment is the Murchison Mountains, also in Fiordland, but there is no public access here.

“Takahe were definitely present in the Clinton Valley in the past,” said Glen Greaves from the Takahe Recovery Programme (TRP). “It’s a natural grassland habitat for them and people will be able to see how they behave in their natural environment.

“We’ll release them in February and we hope that the birds will be used to seeing people so you can catch glimpses of them in the tussock. You’ll probably hear them and some may even come up to you – it all depends on the nature of the birds.”

Greaves said the TRP may give additional food to keep the birds in the valley, close to the track. “Air New Zealand has paid for extensive trapping around the Great Walks. Were it not for that, we wouldn’t feel comfortable releasing takahe here.”

The birds will come from Burwood Bush, the breeding centre for takahe. Here, they are also trained for living in the wild.

As well as breeding the birds, the TRP distributes them to secure islands and predator-proof fenced sites around the country. Two chicks recently hatched on Motutapu Island in the Hauraki Gulf, which the programme hopes will become the largest secure island in terms of bird numbers.

The aim is to have 125 breeding pairs on these secure sites (in addition to the birds in the Murchison Mountains, Clinton Valley and wildlife parks). There are currently around 60 pairs in these secure sites and the TRP hopes to hit the target by 2020.

For 50 years the takahe was presumed extinct. That was until Geoffrey Orbell and three companions found four of them deep in the Murchison Mountains in 1948. Now the bird is well on the way to being struck off the ‘critically endangered’ list.