Access
Take Hakatere – Heron Road and turn left 1.6km past Mt Arrowsmith Station. An unmarked 4WD track near the gravel pit leads to the start of the route

Cameron Valley and its promise of a barren and hostile landscape at the end of its namesake glacier had caught our attention on a previous trip to the region. Nothing says ‘abandon all hope’ quite like glacial moraine.

Our group of three parked at the entrance to Cameron Valley. We signed the intentions book and set off, walking along Cameron River. We soon wished for shade. Just half an hour into our trip we were steaming in our boots, with not a single tree for shelter.

The grade of the partially poled route varied between well-defined and non-existent. Knowing that no river crossings were required, we stayed on the true right of Cameron River. It guided us to our destination, even where the route was lost in dense, bloodthirsty scrub.

We learned the hard way that all of the sections that required us to duck-walk below overhanging matagouri were flood routes. A collective mental note was made to just follow the river on our way back.

Highland Home Hut marked the halfway point of the route, and a good place for lunch.

About 2km further on, we encountered the only sharp incline of the trip. A well-trodden route was somewhat hidden in high grass at the base of the hill. Luckily we found the track, since the slippery grass was treacherous. Once on top, the route was almost impossible to follow for any stretch of time.

After six hours of plodding up the valley, we finally reached the bottom of the moraine. One member of our party decided he’d rather spend his time by the river, so we left him behind at the bottom of the giant pile of rubble. 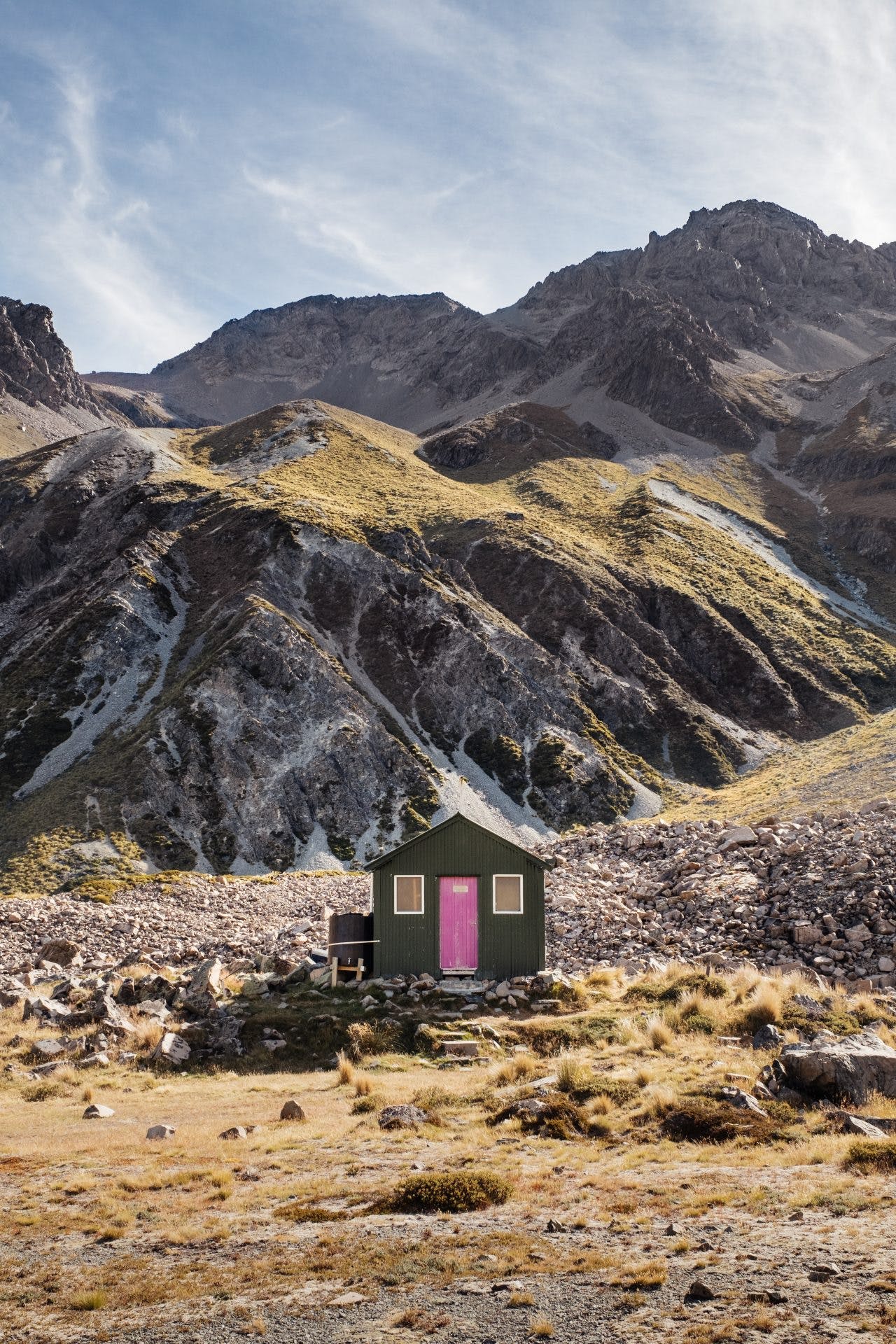 Reduced in numbers, we climbed the highest point of the moraine and marvelled at the radical change in scenery. Within a few steps we had been transported from an average Canterbury valley into the Himalaya. The vast expanse ahead of us was dominated by the ragged peaks of the Arrowsmith Range and the majestic wasteland of debris at its feet.

We had the choice of a luxurious stay at Cameron Hut (owned and run by the Canterbury Mountaineering Club), or staying in our tent. While the comforts of a hut were alluring, we preferred the 360-degree panorama from the top of the moraine. One of the highest mounds had a reasonably flat site, just the right size for our little tent.

The view was amazing. From the left vestibule we admired a pink sunset over gently rolling Canterbury hills. In the distance, Cameron River was snaking through a landscape of tussock. The other vestibule offered a view of purple alpenglow over an immense moonscape at the bottom of the Arrowsmith Range.

Like spectators at a tennis match we took turns peeking out of our doors. We agreed that we had earned this view in return for small donations of blood to the backcountry trinity of speargrass, matagouri and sandflies.

The next morning, we found our abandoned friend in high spirits. Despite our concerns, sandflies had not eaten him alive, and neither had militant keas ransacked his camp. That left only the clay oven of Cameron Valley to be conquered by our reunited band.

– Dennis is a professional photographer and long-time contributor to Wilderness. When he is not capturing the architecture of Christchurch, you can find him teaching landscape photography workshops in the mountains. 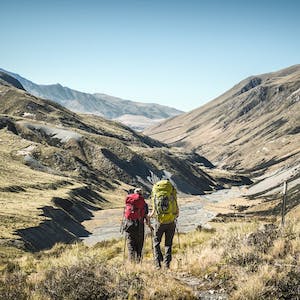 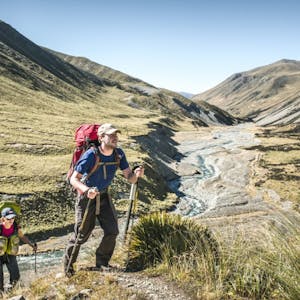 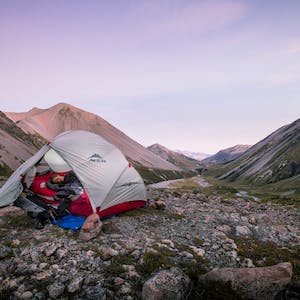 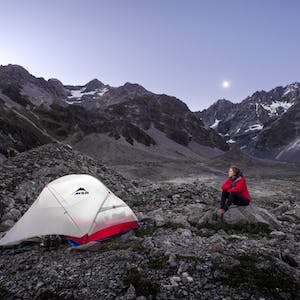 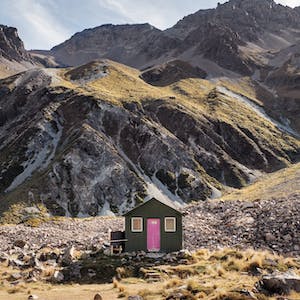 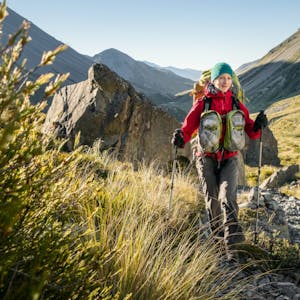