This easy 15km return walk has it all – bush, beach, coastal track, wildlife and a historic homestead.

North of Long Bay, the walkway winds its way along the Okura River Estuary, through coastal forest to Karepiro Bay and the historic Dacre Cottage, then onto Stillwater. I’ve walked it a couple of times, starting from the southern end at Haigh Access Road. There is plenty of parking but no toilet facilities until you reach Dacre Cottage, 4.2km in.

The track kicks off with a 20m wooden bridge across a side arm of the Okura River before climbing through some beautiful mixed coastal forest, with groves of nikau, pohutukawa and regenerating kauri.

As the track skirts the river’s edge, wading birds such as stilts and oystercatchers can be seen. Pushing up to a headland provides scenic views over Karepiro Bay and Dacre Cottage before a long flight of stairs down to the beach. 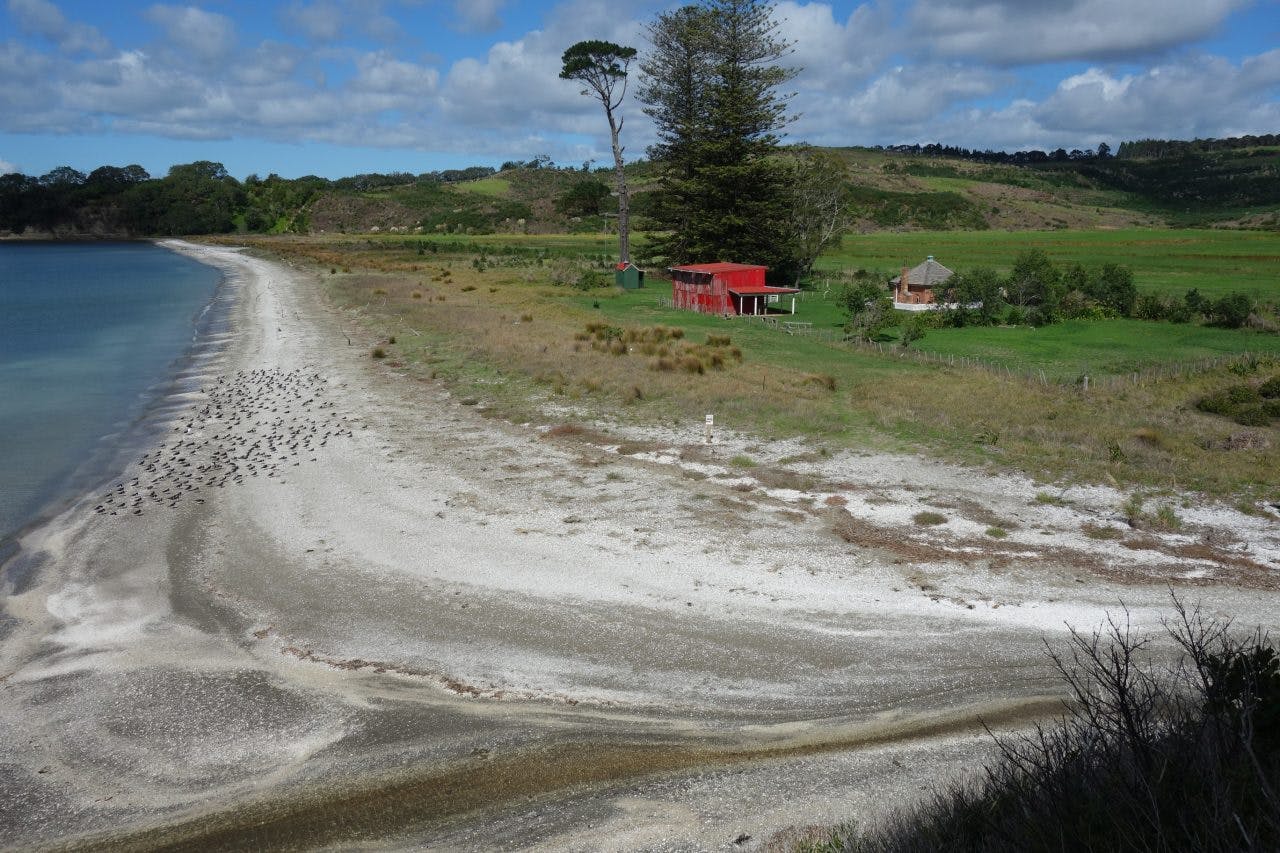 Dacre Cottage is a tiny brick homestead dating back to around 1855. It was built by the son of retired sea captain Ranulf Dacre who bought the 8000ha Weiti block in 1848. The cottage was restored in 1984. Neighbouring it is a rather colourful red barn. It’s the perfect spot for a picnic, next to a sandy beach.

From here, there are two options north to Stillwater, making a nice loop if the tides allow. The inland route goes over another headland, with sweeping views of Karepiro Bay, while the coastal route hugs the base of the cliffs, though toward high tide it may involve some sprinting and a risk of wet feet.

Both routes finish by a New Zealand dotterel nesting area near the mouth of the Weiti River, a beautiful if fragile area, so take care not to disturb them. I’ve never ventured all the way to Stillwater, but from here the track heads north along the river, crossing private land to a road end car park.

Okura Bush Walkway is a deservedly popular walk, apparently getting around 60,000 visitors a year, but is a long way off Tongariro style congestion.

Note that the track from Haigh Access Road to Karepiro Bay is currently only accessible at low tide due to a track slip near Dacre Point.