All was fine and clear for our Saturday morning wander up the lower Clyde River and into the Lawrence, the Clyde’s largest tributary. The river has a very large catchment which extends north-eastwards for many kilometres to the ranges bordering the upper Rakaia River.

The Clyde carries a reasonable volume of water, and this day we avoided the main channel. There’s no marked track as such – it’s a route and you need to follow your nose. We stuck to within 100m of the Clyde’s east bank for most of the journey.

By the time we reached the Lawrence junction, the Clyde was well away from us – to the west and on the far side of the valley. 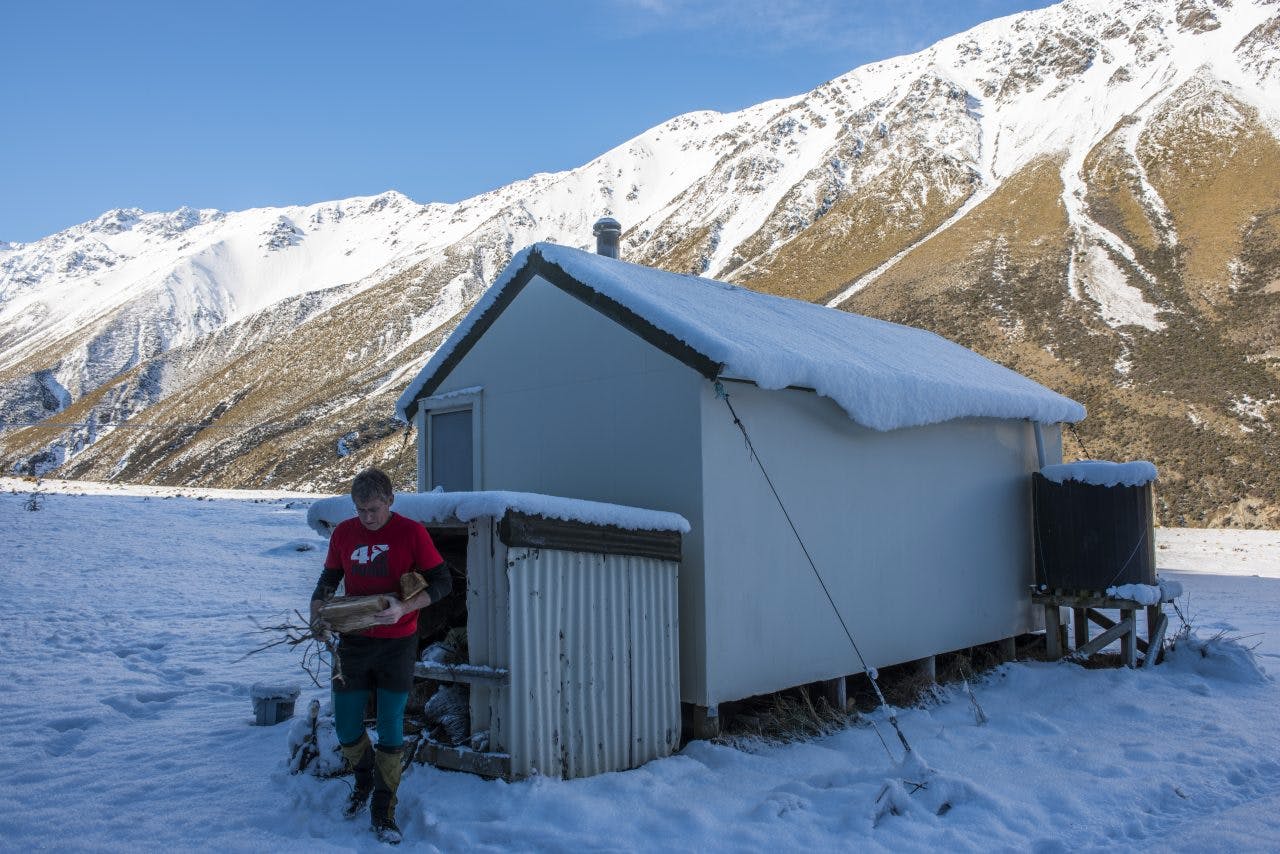 It was cold, with snow on the flats and hills; fords were icy and chilling. We had easier travel up the Lawrence River with its much lower volume, shallow fords and more flats. Before long, we were climbing the last terrace to reach the hut in warm mid-afternoon sunshine.

Lawrence Hut, standing in the shadow of the mountain, was iced with snow and looked like a Christmas cake. Ice clung to the stay wires, and inside the temperature was freezer-like. Setting the fire and banishing the cold was a priority, as was devising a plan for the afternoon as we still had several hours before dark.

I chose to go for a hunt up the valley. Luck was on my side as it was not long before I located some deer, high above the valley floor. With a favourable wind, I managed to get within shot, claiming a young spiker, which I was able to hang outside in the freezing overnight temperatures.

Thoughts then turned to the predicted southerly, and it was with some consternation that we awoke to find it snowing. But it was just a warning of things to come and the snowfall ceased not long after daybreak, leaving us to hastily find our way downvalley through a moderate amount of snow to the road end.

Our packs were heavy with a good load of venison, so progress was not fast and the fords needed extra care. That evening, the southerly arrived, bringing strong winds, heavy snow and road closures throughout the province. It felt good to be home.