Access
Bethells Road. The carpark is about a kilometre before the beach, beside the bridge over Waiti Stream

In the footsteps of warriors

For all their urban preoccupations, Aucklanders are blessed with a superb array of rugged day walks just beyond the city’s fringes. The Lake Wainamu Loop Track, in the region’s wild west, is one of the very best; a two-hour hike, just inland from the pounding surf of Te Henga (Bethells Beach), combining rainforest with a taste of the Sahara. Starting and ending at the car park on Bethells Road, beside the bridge over Waiti Stream, there is a choice of two routes to Lake Wainamu: along a track following the shallow stream (30 minutes); or up and over an enormous inland dune system (25 minutes). I couldn’t resist the dunes and it was a unique experience I didn’t regret. Crossing these mighty sandhills is surreal. Seemingly fringed on all sides by distant forest, with the sea nowhere in sight, the wind-rippled sand has a desert-like quality. I imagine on a sweltering summer’s day, it would feel that way, too. The thousands of tiny, interlocking surface ripples, contoured into loops and whorls, resemble the thumbprints of giants. When the breeze gets up, the scene can take on an added air of mystery as a low, ghostly mist of wind-blown sand performs a swirling dance over the rolling sandscape. [caption id="attachment_40408" align="aligncenter" width="1280"] 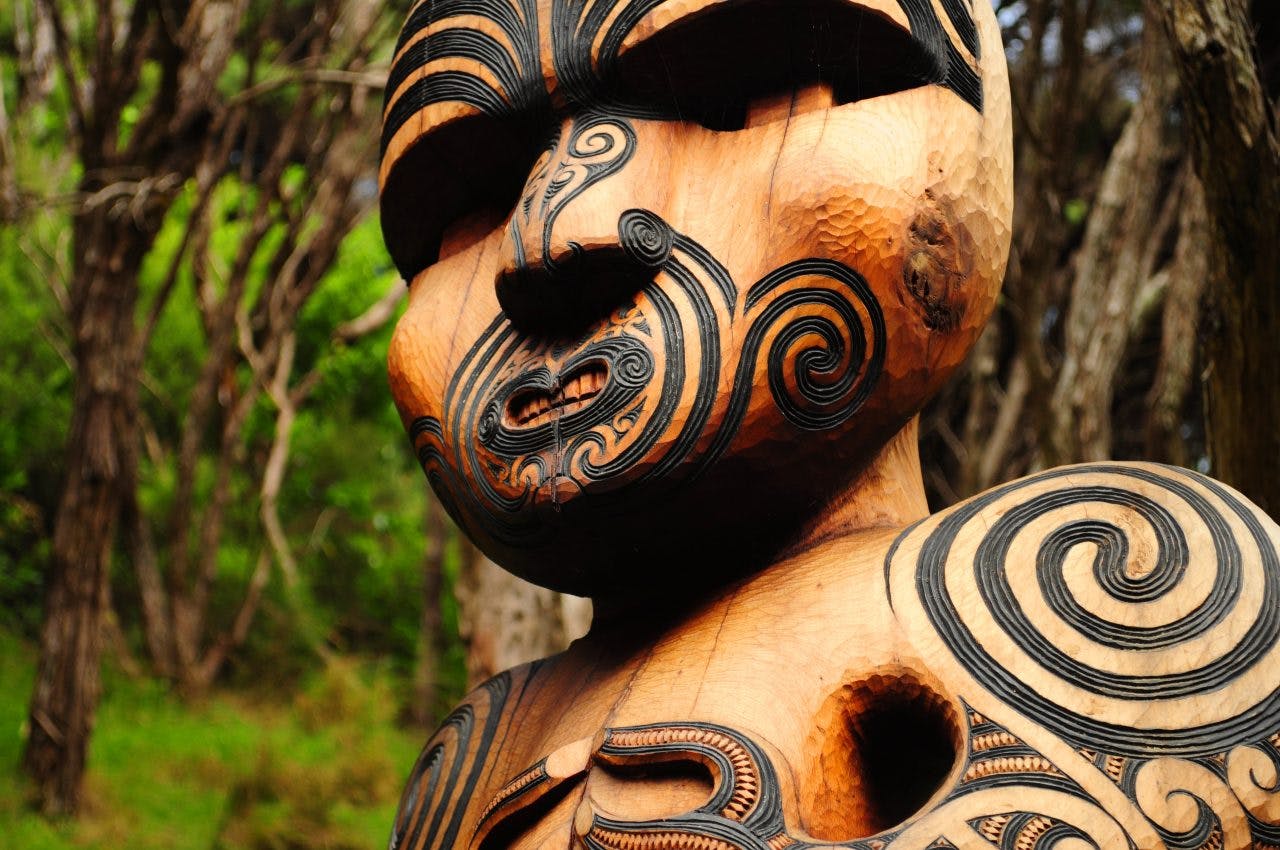 A formidable Maori pou sculpture watches over the mid-point of the circuit. Photo: Pete Barnao[/caption] Once crested, the dunes plunge steeply to the north-western end of Lake Wainamu, an elongated body of freshwater which is otherwise surrounded by bush. In summer, this is a popular swimming spot as evidenced by the sight of several bobbing hikers in the midst of a cooling plunge. Others, with children, had taken to the overlooking sand face to attempt various forms of improvised dune surfing. From here, it’s an hour’s walk around the lake. It’s muddy in places, but otherwise not too challenging for anyone of reasonable fitness. I followed the track around the southern shores amid rainforest sprinkled with luxuriant stands of nikau palms. Part of this section passes along an easement over private land. At the head of the lake, where the track crosses Wainamu Stream, there is a pretty little cascade. Pausing here at Waitohi Falls, I was conscious of being in the presence of formidable company. Watching over the waterfall is an extraordinary carved Maori pou sculpture which commemorates the local tupuna (ancestor) and pa builder, Kowhatukiteuru. The track continues around the lake’s northern shore, past some impressive specimens of cabbage tree, then back to the base of the dunes and another decision point. This time the low, sub-Saharan route following the stream back to the car was the more enticing choice than a thigh-busting climb on soft sand back over the dunes. Skirting the towering sand, it was a straightforward walk, buoyed by the stimulating reflections of an enchanting day.