Omanawanui Track is part of the Hillary Trail and has a reputation for being spectacular.

Winter weather in the ranges can be hit or miss – and the trails notoriously muddy.

But we arrived at the trailhead with a brilliant blue sky overhead and the small car park empty. We chose to tackle the track top to bottom so we would always have the views in front of us, rather than have our noses into the hill.

The track undulates mostly downhill through mixed forest along an easy ridge before briefly rejoining the road. As we re-entered the forest, the track steepens and is muddy in places. From this point, there are tantalising glimpses of the views across the Manukau Harbour which have inspired Auckland Council to dub the track one of the ‘secret jewels’ of this park.

The track rises and falls  steeply along the ridge, with one particularly steep rock section to negotiate before the geodetic beacon at Pt241. There is a chain here to offer assistance. 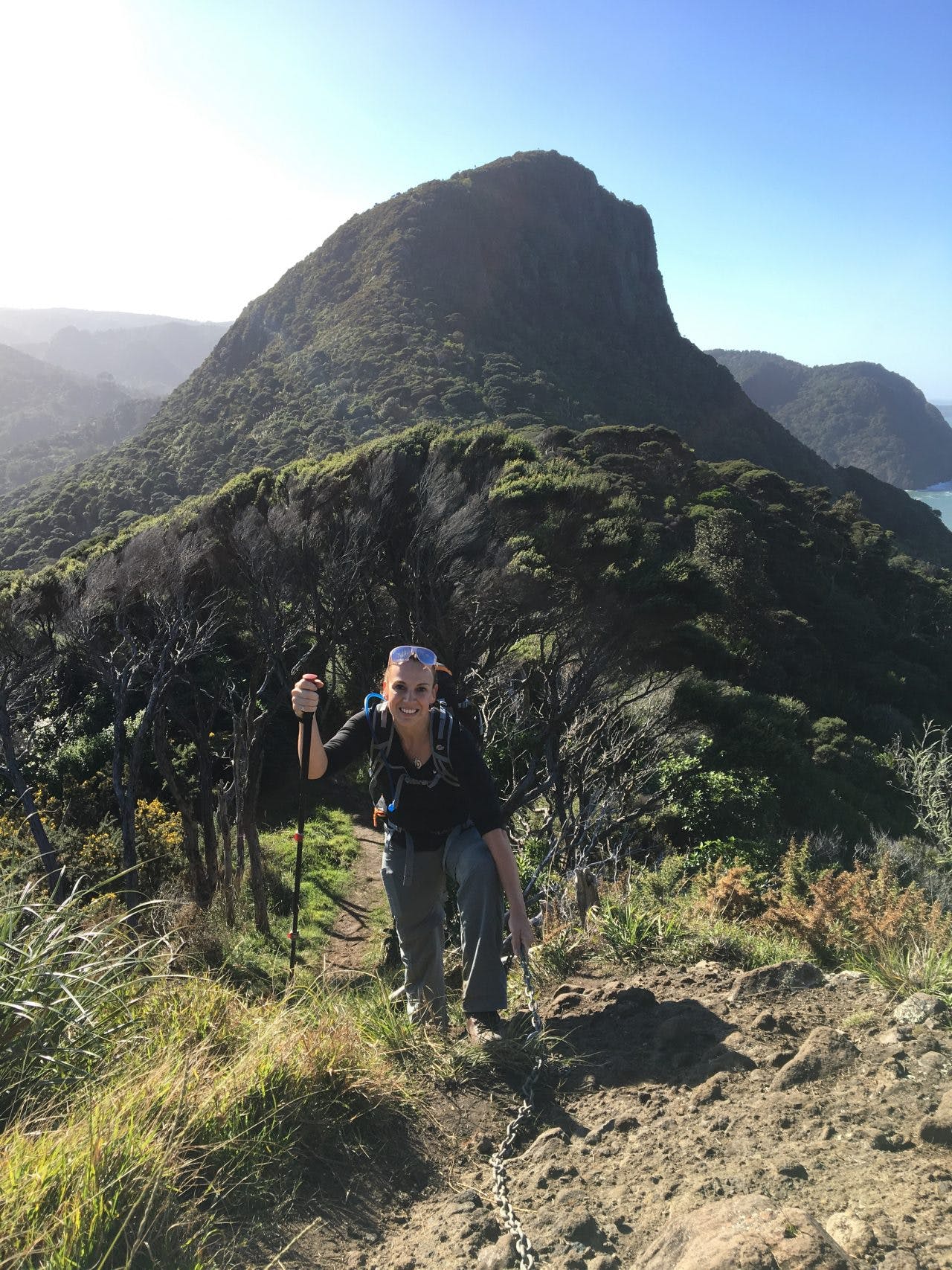 With Pt241 behind, Eve uses the chain for assistance. Photo: Ben Wilkins

We stopped to gaze out across the Manukau Harbour and the Whatipu Scientific Reserve, where the views were vast.

The descent from Pt241 is steep and sometimes slippery with mud, but aided by another chain. Keep an eye out for the remains of the Omanawanui Pa fortifications, which once protected the main kumara storage site for Maori who occupied the valley.

Having only seen one soul on the track until this point, it was clear we were getting near the bottom when we arrived at the viewing bench above Nahana Point and met a steady stream of day-trippers climbing through the mud to take in the views.

We then dropped off the ridge and descended to the road end at Whatipu Lodge.

From the lodge you could explore Whatipu Caves or head out to the scientific reserve, across the sands to the sea some 1.5km away.

Whatipu Valley has a rich history from its early Maori settlement through to a kauri milling operation in the late 19th and early 20th centuries; the present day Whatipu Lodge was the former mill manager’s homestead which provided accommodation to logging workers and later tourists.

We chose to return along the gravel road to our car, but a more scenic return can be had by taking Kura Track on the northern side of the Whatipu River.