On top of the world at the Bushline…

Te Araroa Trail walkers are a bit like mice – nearly every hut has them.

I say that with love, because I do really enjoy talking to people from all over the world, and I admire their enthusiasm for their undertaking.

But Bushline Hut wasn’t one of the huts I thought would see a lot of Te Araroa traffic, until I went there.

DOC wisdom said up to three hours to the hut and it looked like a stiff climb up some steep slopes. In fact, standing in St Arnaud, looking to Mt Robert, you might wonder how you could walk up there at all.

I wanted to do the Mt Robert Circuit, which takes around five hours and means you walk both the Pinchgut Track and Paddy’s Track with the option of staying the night at Bushline Hut.

Pinchgut goes straight up the hill from the Mt Robert car park, but thankfully it zigzags in a civilised manner. It took me under two hours to gain the 520m to Bushedge Shelter (which I completely missed) and then along the tops to Relax Shelter. A fitter person could do it in one hour, I’m sure.

I turned onto Paddys Track, bypassing Kea Hut (it’s locked and private) and dropped down to Bushline Hut.

At 1280m, Bushline Hut really feels like it’s perched on the edge of the world. Head out the front door and you’re rewarded with stunning views over Lake Rotoiti and St Arnaud. Even the hut’s twin backcountry bogs are loos with views – down to the lake and on to Lakehead Hut.

There was a woman in the hut from Sydney, and we soon exchanged track notes and trip experiences. We both agreed that on a weekday and this late in the day, it’s unlikely anyone else would arrive.

But more soon did. One after another, they piled into the hut like lemmings. Everyone was a Te Araroa walker, on their way to Angelus Hut, which isn’t part of Te Araroa but seems to have become a standard deviation. Many TA walkers visit Angelus Hut, drop down Cascade Track and go on to Upper Travers Hut instead of walking along the lake edge, which is apparently “boring”.

Poor Bushline Hut is getting a serious hammering as a result. Blocked pipes, rubbish and, despite the views, I struggled with the loos.

The Te Araroa walkers are full of stories. Some have come all the way through from Boyle River, northbound (TA NOBO as they say in the hut books) and we too compare notes about the formidable Waiau Pass.

The next day I waited a few hours for the cloud to lift, hoping for a spectacular clear view to St Arnaud. The weather almost cooperated, but the cloud didn’t begin to dissipate until I was descending Paddys Track.

It took just 1.5 hours to reach the car park, passing the Lakeside Track along the way.

It’s only when I was driving back down the hill that I realised, for once, I hadn’t heard any mice.

View more images from this trip… 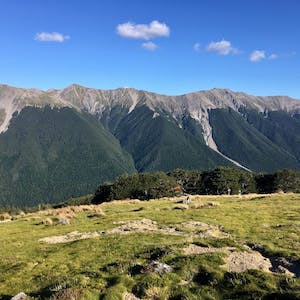 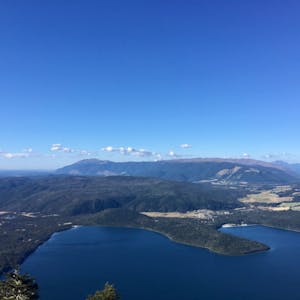 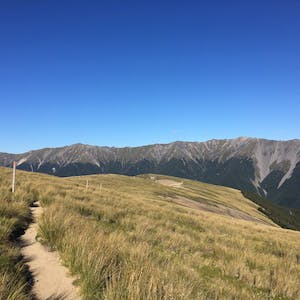 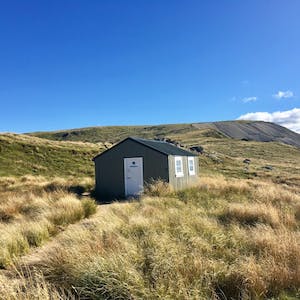 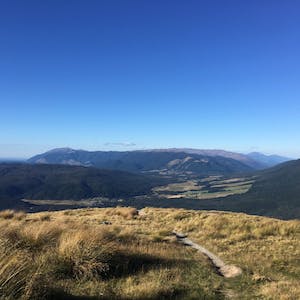 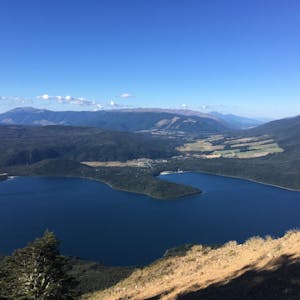 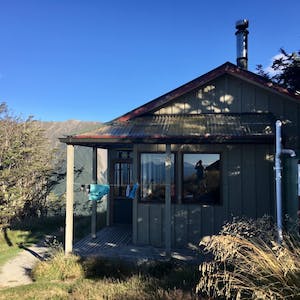