The Faust and the spur-ious…

Faust offers an accessible high country experience in a region known for its magnificence.

The 1710m peak rises directly above the confluence of the Boyle and Lewis rivers just east of SH7, and provides an outstanding panorama of the south-east sector of Lewis Pass National Reserve. It also has a well formed and marked track to the bush edge, although it’s poled beyond that. This is not shown on most maps and is not signposted from the highway.

It is an achievable day trip from Christchurch for any moderately fit tramper. It is a favourite trip of mine and several times I have been up to the enticing alpine tussocklands and beyond, over the interconnecting ridges.

We shrugged on our packs and hopped over the style on the north side of the highway bridge. We then followed the track along the terrace beside the north bank of the Boyle River, passing through the high ropes course in the bush where there is a large bush terrace. The track zigzags up the broad face and gains an indistinct spur which climbs north-eastwards to the bush edge.

It was warm in the bush but once out on the open tops a cool wind provided a welcome lift to our spirits and energy levels.

Faust is quick to deliver lots of interest as you climb the long undulating ridge crest to the summit. First up is the ever expanding view of the Lewis region, its valleys, terraces, summits and the highway cutting through the landscape. Closer to hand is a necklace of beautiful tarns which fill many of the southern and eastern aspects of the ridge. They’re particularly scenic and would make great high level campsites or lunch stops, for the most part being sheltered from the prevailing nor’wester.

The ridge climbs steadily for 2.5km from the bushline to the summit, gaining just 400m in altitude and providing a fascinating panorama of the high peaks of the Lewis and Spenser mountains from the summit rocks.

We lunched here, enjoying the view. We then began the journey to the valley via an unnamed and untracked spur dropping southwards from the basin immediately below the summit. This was a route I’d long been curious about because it passes a couple of tarns near Pt1607. We passed around their shores and photographed the scene, dominated by the heads of large waving tussock.

The face above the bushline steepened and pushed us out onto the crest of the spur, where we found an indistinct ground trail leading down and through the bush.

The remainder of the descent was pretty efficient travel through the mostly open forest cover that cloaks much of the Lewis region – red beech on the valley floors and at lower altitudes, with mountain and silver beech above that. By holding to the ridge, we made sure of a good approach to the valley floor and were fairly quickly out onto the flats of the Boyle River. Soon after, we crossed the St James Walkway and made our way back to the car park.

An excellent roundtrip completed in just a day from the city – thanks Faust. 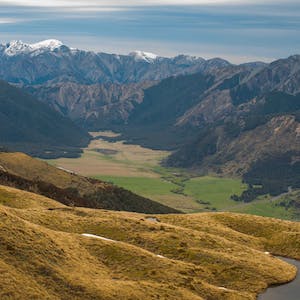 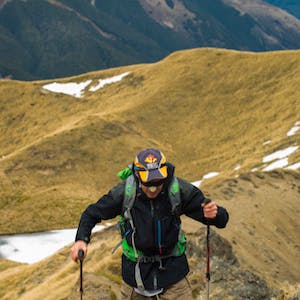 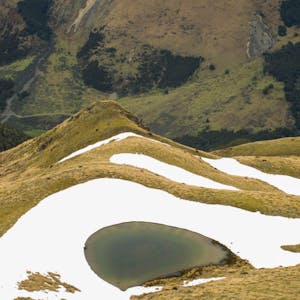 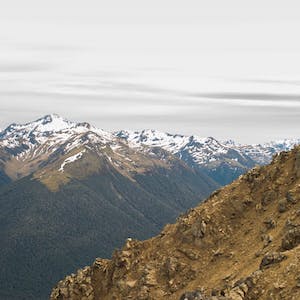 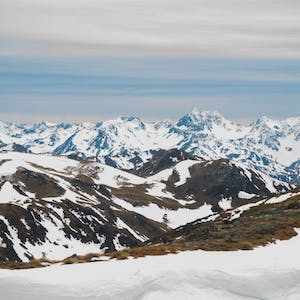 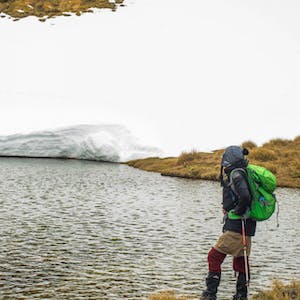 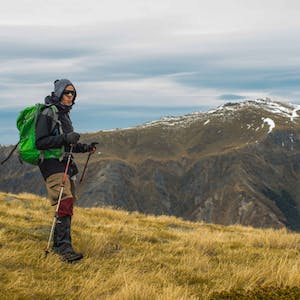