Access
From Cowin Road, 64km from Collingwood. A high ground clearance vehicle will allow you to drive across the Anatori River, saving a 7km walk to the road end

Kahurangi Point sits on the northernmost stretch of the West Coast, about 45km south-west of Cape Farewell, and it’s a logistical nightmare to get there and back in a weekend.

The biggest issue is the tide. Big River, 2.5km from the hut, needs to be crossed at low tide. The best option is to coordinate any visit with an afternoon low tide, which gives time to get in and out from Nelson on consecutive days. Then there’s the weather; Big River can easily become ‘Bigger River’ after a deluge.

The trip begins by wading the Turamawiwi River and then passing through the dunes to the beach, where gorgeous white sand stretches all the way to the lighthouse on Kahurangi Point.

Walking along the beach leads to Anaweka River estuary, where a limestone outcrop can provide a lunchtime seat as well as respite from the cool tailwind.

We had an easy ford of the estuary and then the next stop was Big River. Crossing close to the mouth looks feasible, although, we were later informed there is a shallower crossing about 200m upstream. However, our crossing near the mouth proved uneventful, apart from a couple of wet shorts.

South of Big River, macrocarpa trees and some building remains marked the landing site for the lighthouse keeper’s supplies. A group of trampers heading home assured us we’d have the hut to ourselves and gave us some tips for getting to the lighthouse. 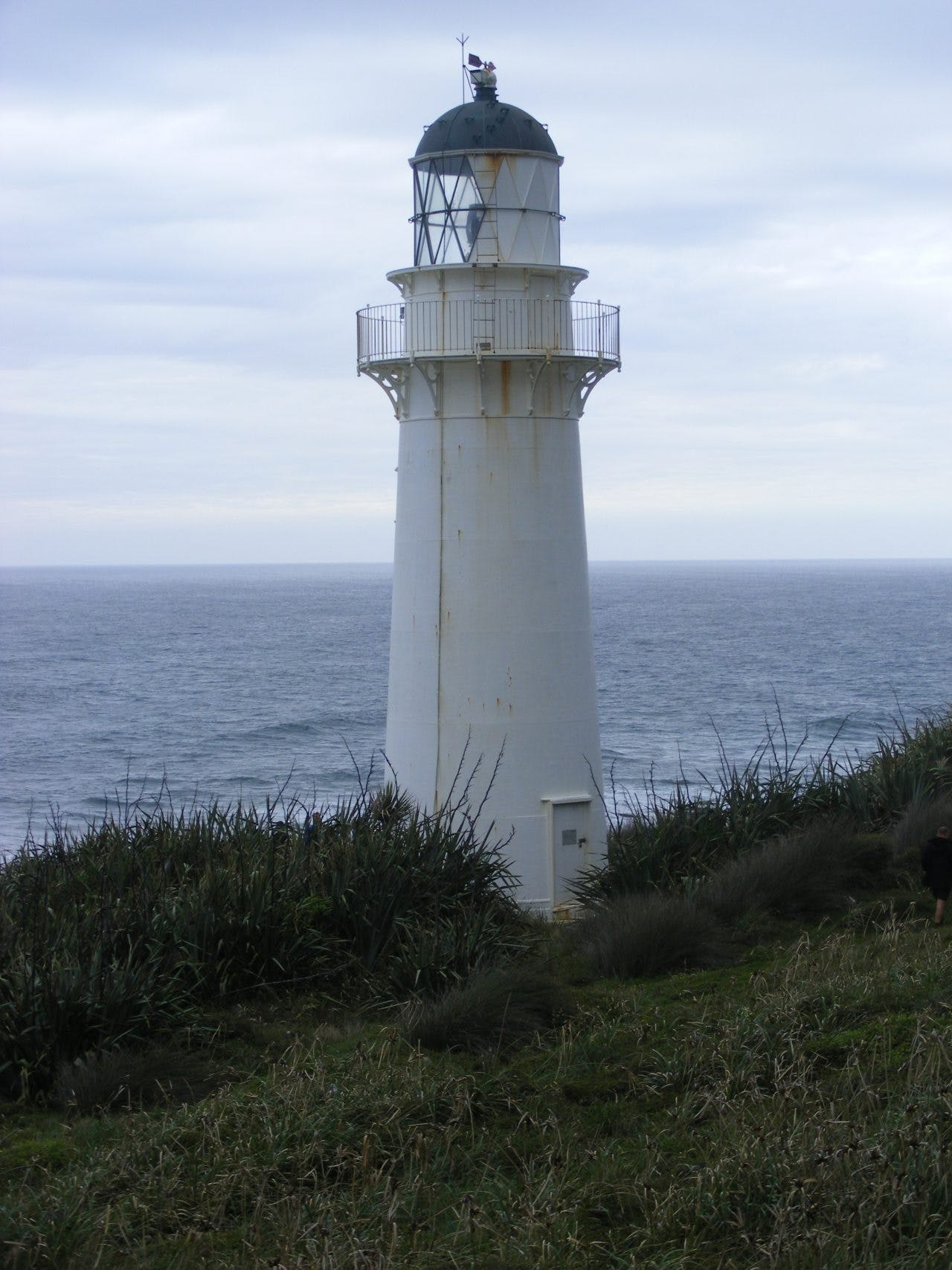 A DOC sign indicated where to leave the beach, and a track took us to a grassy flat and the spacious hut, once home for the keepers manning the nearby lighthouse. It was built from the remains of houses adjacent to the lighthouse, which were destroyed in the 1929 Murchison earthquake.

We took advantage of the low tide for a trip to the lighthouse. The group we’d met had knotted a flax bush to mark the route. After some searching, we located the flax at the bottom of an improbable-looking watercourse. This led onto a terrace, where it was easy-going to the lighthouse.

Built in 1903, the lighthouse still stands to warn sailors of the hazards of the area, although it’s been unmanned since 1960 and is now lit by solar-powered LEDs rather than kerosene.

In the morning, we explored the area. A track on the opposite side of Camp Creek from the hut showed promise. It led along a ridge parallel to the shore but well above the lighthouse and ultimately to some enormous sand dunes which provided great coastal views.

As we had to wait for the tide before we could cross Big River, there was time for lunch at the hut before we headed north, retracing our steps to the road end.