The trail to Whakapapaiti Hut is well marked and easily navigable. The hut is part of the Round the Mountain Track – the multi-day walk around Mt Ruapehu which includes six other huts – and is usually the final hut trampers visit before completing the hike at Whakapapa Village.

The track crosses several bogs, goes through many patches of native trees, across plenty of small streams and eventually a river.

We visited the hut on an overnighter from near the Chateau Tongariro. The trail begins with a steep descent to Waikare Stream along the Lower Silica Rapids Track.

Climbing out of the stream, we joined the Whakapapaiti Valley Track, which skirts the lower flanks of Ruapehu. The track passes through forest where we heard abundant birdlife, including several fernbirds. Where the track emerges from the bush there are stunning views overlooking Tongariro National Park and Mt Ruapehu. About an hour before the hut, the track heads east, following Whakapapaiti Stream to the hut. The valley is wide open and standing front and centre is Mt Ruapehu.

Before we reached the hut, rain began pelting down and we still had an unbridged crossing of Whakapapaiti Stream to go. We’d seen several signs warning trampers: ‘Do not attempt after heavy rain’.

But the river was still low and we carefully boulder-hopped across and scrambled up the opposite river bank.

The rain eased after we had settled in at the hut and we discovered a gorgeous waterfall only five minutes away. Slightly further afield and off-track, we followed a side trail up a nearby hill to see multiple waterfalls flowing down Mt Ruapehu.

From here, we watched the clouds become vibrant orange as the sunset. The sky remained clear into the night and the Milky Way was visible across the entire sky above Mt Ruapehu.

Soon after dawn we set off from the hut, retracing our steps back to the Chateau. 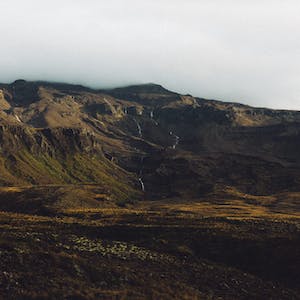 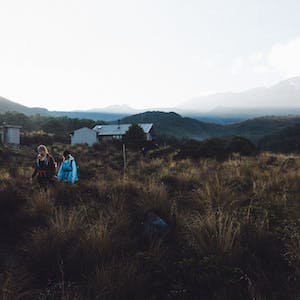 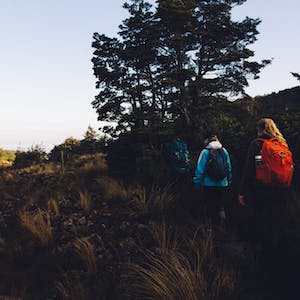 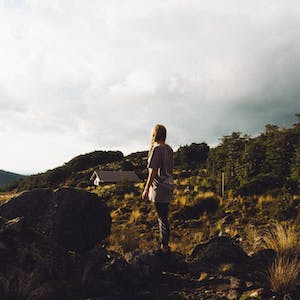 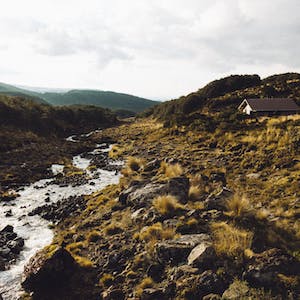 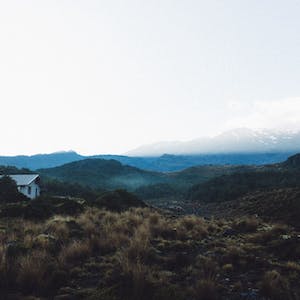