Perched high above Lake Kaniere on the West Coast, Mt Brown Hut is a cosy four-bunker with sublime views to the Tasman Sea and the Hokitika mountains. If you can walk three hours up a steep hill, it’s an accessible overnight destination.

But what lies beyond Mt Brown Hut? It’s an easy walk to Mt Brown itself (Pt1270), but past here there is a demanding but incredibly satisfying walk across the up-and-down, sinuous, twisting crest of the Newton Range to Newton Range Biv. There’s no marked track, but a way through, of sorts, has been forged by the volunteer group Permolat.

From Mt Brown, the route initially drops through open scrub to a saddle after which the ridge narrows and begins its undulating march east.   The subalpine scrub is often thick and demanding, but a rough track has been cut through the worst bits and the odd piece of permolat gives confidence you’re on the right path. Where the route isn’t obvious, we found it more reliable to stick to the south side of the ridge where the scrub wasn’t as thick.

The challenging scrubby section doesn’t last forever and eventually relents with a surprisingly sudden transition onto easy tussock tops when the ridge finally climbs beyond the bushline at about 1300m.

Deer trails make for easy walking across the tops north of Pt1336. The route then descends through an intriguing belt of ultramafic rocks. There’s one final short, steep, scrubby climb up to Pt1240, and from there tussock slopes lead down to the biv. It could be easily missed, but keep on the north side of the flat ridge and it’s located on the right, close to an obvious tarn.

The views from the biv are simply superb. From the door, the Newton Range stretches out before you, with Mt Newton (1695m) taking centre stage and the Southern Alps beyond. The nearby tarn provides both drinking water and beautiful sunset reflections. The biv is tidy, has only one mattress and sleeps two comfortably. It gets the sun early, even in winter, and by 8am we were sitting in its doorway enjoying porridge and coffee, with our frozen boots, socks and gloves thawing out on the roof.

Permolat volunteers have also opened up an old forest service track that descends to the Styx Valley, allowing a round trip. It’s well-marked and cut, but it can be difficult to find the start, which is on a prominent spur about 500m west of the biv.

Once on the valley floor, follow the Styx Valley Track to the road end, just 3.5km from the Mt Brown car park.

Newton Biv gets around 10 visits a year, with most parties coming straight up from the Styx, but a few traverse the ridge from Mt Brown Hut. Times along the ridge vary considerably.  One group had an unexpected night out after finding the route significantly more difficult than expected. Another trail running group took just four hours. In early winter conditions, with snow and frost making some parts icy, we took eight hours.

While the times will vary for each party, one thing is certain: this is a challenging but highly rewarding traverse for those with the required skills, patience and tenacity to give it a go.

View more images from this trip 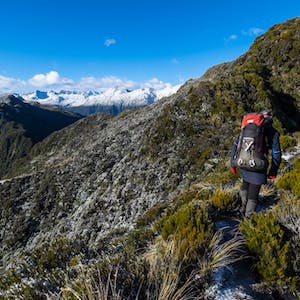 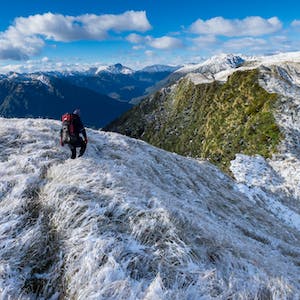 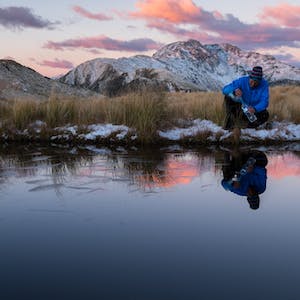 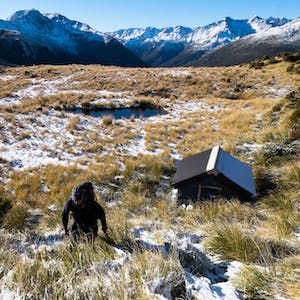