There and back again

Even though Mt Oxford lies 50km from Christchurch, it can be viewed from many places in the city – it looms in front of the higher summits to the west like a large dumpling, its rounded summit dropping rapidly to steep-sided spurs and into heavily forested lowlands.

This close to the city, it’s a popular day hike at any time of year, and with an excellent network of tracks available there is plenty to suit all ages and abilities.

For me, a trip to the summit is a trip I like to do at least every couple of years, to check out the amazing view and to glide through the long avenues of beech forest that cloak the mountain’s southern aspects. At 1364m, Oxford is a modest summit, but when you subtract from that the 354m starting altitude then you have a reasonable workout of just over 1000m to gain the top. Timing your visit for when the mountain has a little snow on the summit will add even more interest to the ascent – and the views. (Snow can be an issue on this foothill during winter when it regularly receives a solid plastering, making the usually moderate ascent into a drawn-out battle with deep drifts of unconsolidated snow.)

Coopers Creek is the most direct access to the summit, and while View Hill, farther to the west, does provide a higher starting point (540m) it’s a frustratingly long drive to the car park, with several gates to open and close and a slightly longer track as well.

A quick march up the access road to Paytons Lodge Scout Camp brings walkers to the native forest and the start of the climb, which first dives into Coopers Creek East Branch before the steady ascent to the bushline begins. This first section is a real delight: it’s easy-angled and traverses a long and narrow, bush-covered spur for three kilometres, where beautiful wind-cooled forest crowds about the track in avenues of green.

At around the 700m mark, the first of three sharp climbs begin. The second one leads out onto a broad shoulder just below the summit cone. Snow can lie here, so the final slope to the summit can require a little care.

Mt Oxford lies well east of the Southern Alps and is the highest summit east of the Torlesse Range. It offers an unparalleled highpoint on which to capture a vast array of scenery all the way from Mt Hutt, to Arthur’s Pass and beyond to the Seaward Kaikouras, adding in Lees Valley, the Canterbury Plains, and Banks Peninsula providing a complete topographic overview of north Canterbury.

It’s a fantastic sight and I took my time to covet it all from a laid back seat in the tussock.

On the downward glide, as that is what it seemed like after the steady hike up, I encountered several other day-trippers on their exploration of Mt Oxford’s much sought-out summit tracks.

I’m sure it wouldn’t be their last trip here, or mine.

More photos from the trip to Mt Oxford 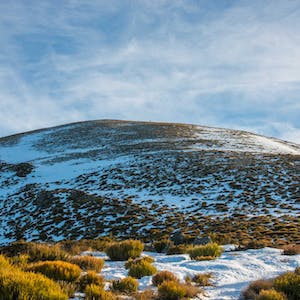 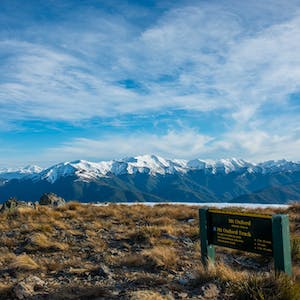 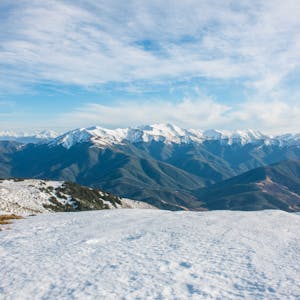 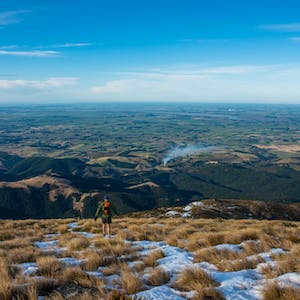