In 1856, a gold rush was sparked in the Aorere Valley when a couple of settlers discovered a small amount of gold. More than two thousand men streamed into the ‘tent city’ of Gibbstown over the next few years and headed up the valley. Seven hotels were quickly built, and such was the expectation of fortune that the bay, previously known as Murderers’ Bay and Massacre Bay, was re-named Golden Bay. Gibbstown was to make way for a city called Collingwood, most of which was never built.

The Aorere Goldfields Track winds its way through the hillsides where miners worked and there are now remnants from the gold mining era.

The track first crosses a scrubby area called Druggans Flat and almost immediately passes a large pile of rocks, marked as a ground sluicing claim from the 1880s. From here, the path climbs steadily through manuka scrub. It’s easy walking, being mainly along parts of the original miner’s benched track, with water races (mostly dry) beside the track in some places. There is a marked side track which leads to Stanton’s Creek viewpoint: an area of native bush.

A little further on, another side track leads to Stafford’s Cave, the first of two caves. It has stalactites in the large, semi-open overhang above the entrance. It is possible to explore more of the cave with the right gear. A DOC sign explains the caves were formed more than 500,000 years ago and warns against damaging or removing any of the formations. 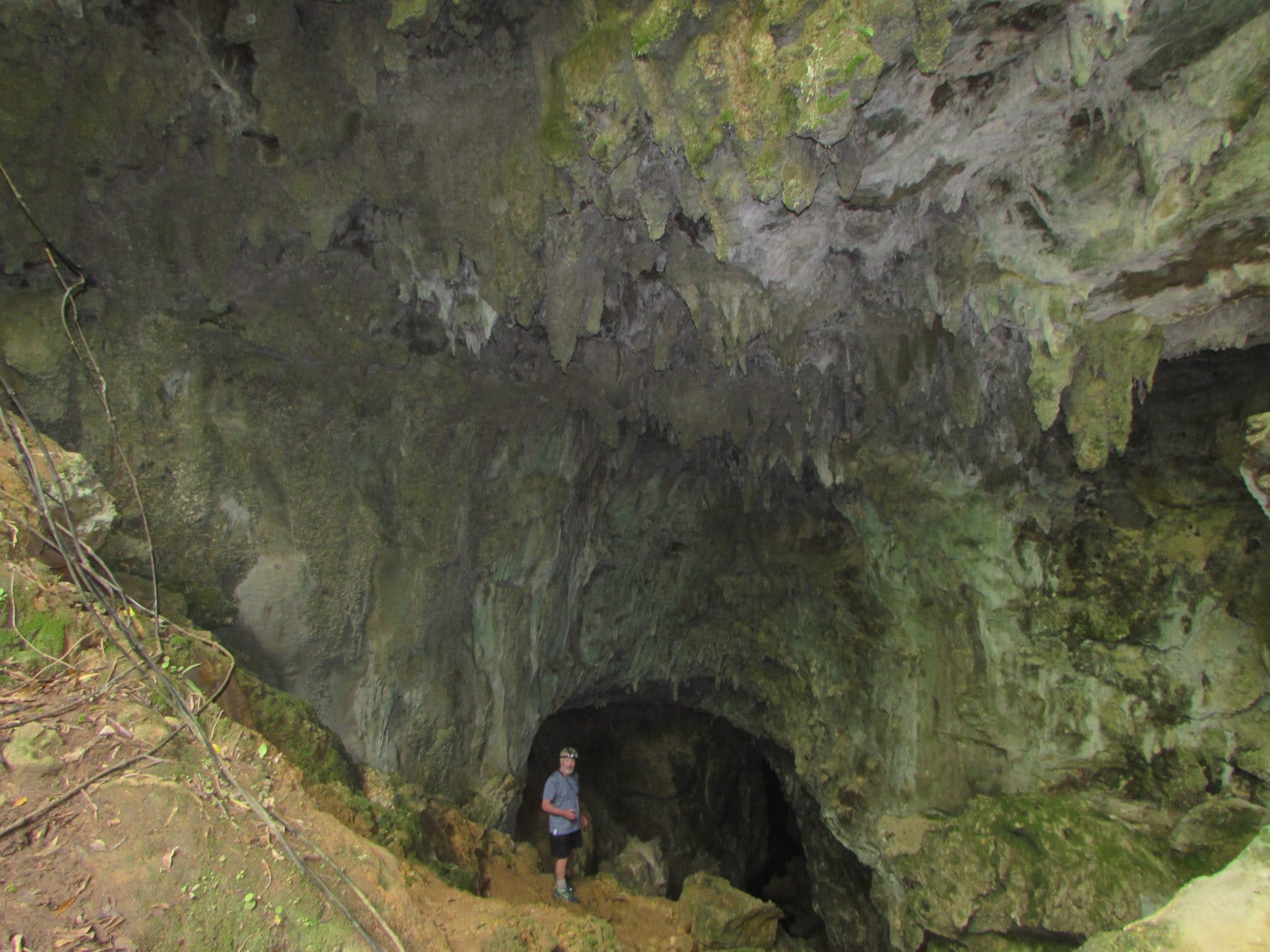 Ballroom Cave is a few minutes further along the main track and is easier to enter. As its name suggests, it was used by miners for dances, although the floor is so uneven it is hard to imagine how. Torches are needed to explore the cave.

The trail then arrives at Druggan’s Dam. Built in 1873 by George Druggan, it was later enlarged by the Slate River Sluicing Company. Although a 4km water race was built, little gold was ever found and the company closed it in the early 1900’s. The track circles around part of the water’s edge then continues past the side of the reservoir. From here, the views along the Aorere Valley and out to Farewell Spit make the climb worthwhile. In the other direction, the Burnett and Wakamarama ranges can be viewed.

From this high point, the track loops around the hillside, following part of a 4WD track for a while, before joining the original path just below the caves.