From the forest to the moon

From the barren flanks of Mt Ruapehu to an idyllic forest-clad valley, the Whakapapaiti Valley Track traverses an interesting variety of terrain in a day.

The trail starts on the Round the Mountain Track at 1550m on Bruce Road and finishes at Whakapapa Village. With a little bit of road walking, it can be turned into a fantastic loop track.

Starting from the car park, near Scoria Flat, the trail heads through a moonscape of volcanic rock marked by snow poles. It is eyes-to-the-trail walking to pick your way through boulders of every size. But it’s worth stopping now and then to take in the view, with Mt Ngauruhoe, Mt Tongariro, and the smaller volcanic cones of Pukeonake and Pihanga all lining up into the distance.

After about 20 minutes, the track climbs a pronounced ridge, giving views of the dramatic gauged western flank of Ruapehu.

The track then zigzags down to Whakapapaiti Valley. After about 10 minutes, it departs from the Round the Mountain Track, and heads downhill, soon joining Whakapapaiti Stream in beech forest.

On the day I walked the trail, there was a howling wind. Descending into the valley was like changing seasons – the wind dropped away, and the sound of birdsong and the gentle burbling of the Whakapapaiti Stream provided a dramatic contrast.

After following the stream for about 20 minutes, the track emerges at the idyllic Whakapapaiti Hut. The 18-bunker has a fireplace and a large deck facing Ruapehu, but little room for camping.

From the hut, the track continues downstream, across small tributaries of the Whakapapaiti before crossing the stream itself. I was able to boulder-hop across, but the stream can be dangerous following rain. 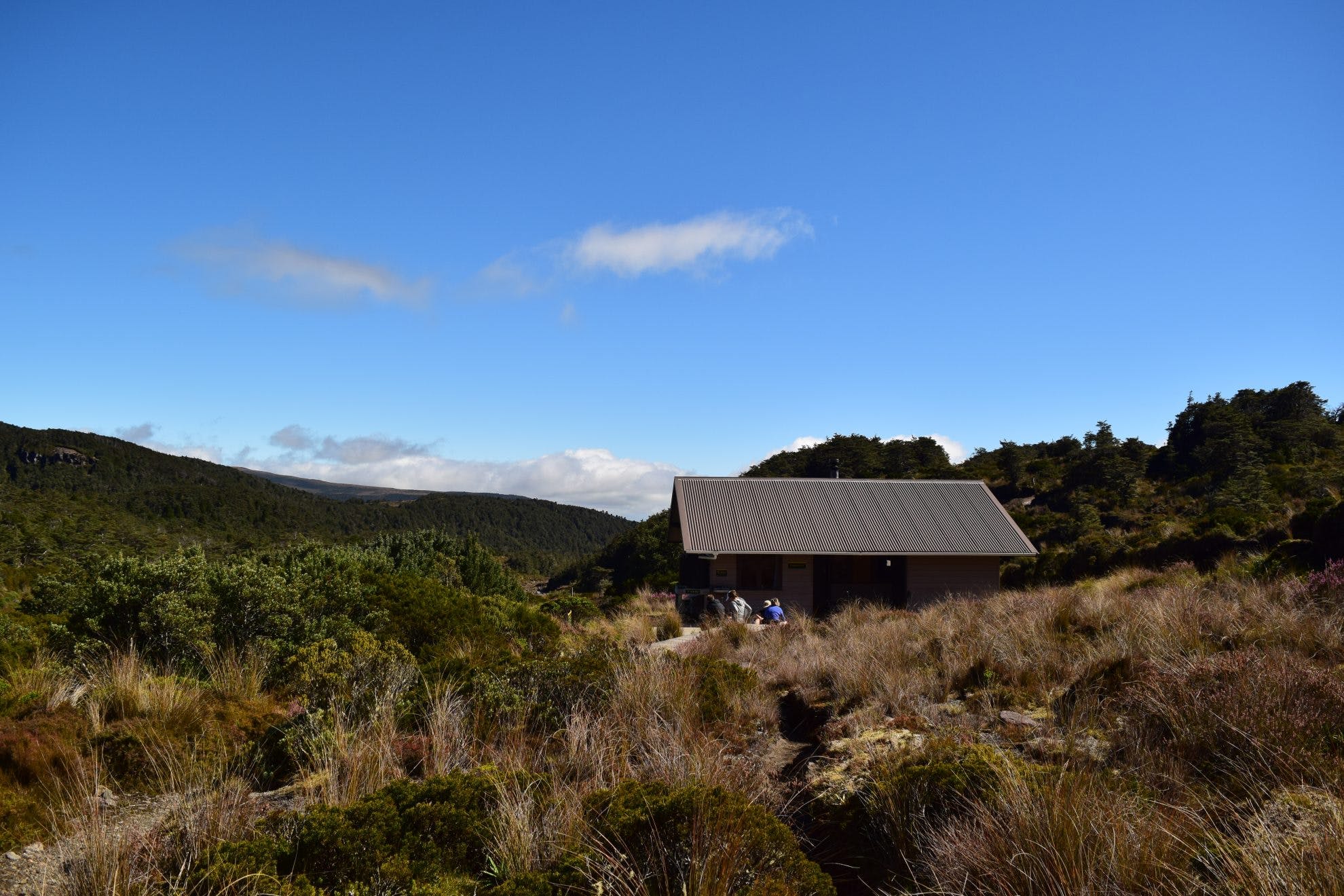 The track then heads through marshy tussock land, before reaching sections of boardwalk which traverse the worst of the mud.

The track then recrosses Whakapapaiti Stream via a bridge, giving great views up the valley to Ruapehu. After another short section of tussock, the track enters lush forest – a rich mix of beech and other alpine plants. There are gentle undulations up and down valleys for about an hour before the Silica Rapids are reached. Here, there’s a choice of heading along the Lower Track to Whakapapa Village, or taking the Upper Track to return to the Round the Mountain car park.

The Upper Track gently heads up the roaring Silica Rapids, which are stained a dramatic sulphury yellow-orange, with the crystal clear mountain stream frothing overtop. There are information boards about the geology, flora and fauna on the trail.

The track re-emerges from the forest, back into alpine tussock and then heads north, leaving the stream, to reach Bruce Road. Unfortunately, DOC hasn’t built a track that links back to the car park and it’s another 40 minutes’ walking along Bruce Road to connect the loop.

The trip could be extended with a stay at Whakapapaiti Hut, which would give time to head back up the valley to explore the off-track features of Ruapehu’s western face, including dramatic cliffs, waterfalls, and geological features created when lava flows met ancient glaciers.