The Rakaia Valley is immense. Some 4-5km wide and draining a vast tract of the Southern Alps, the river courses over a stony riverbed, flanked by huge terraces and wide expanses of tussock flats. In the river’s mid-reaches, where the Wilberforce and Mathias rivers join, large alluvial fans descend out of the tributaries on the river’s south bank. It is up one of these that the track to Turtons Saddle and A Frame Hut begins.

The hut, along with some others nearby, is on the Te Araroa Trail, so a trip here may include an encounter with intrepid hikers from all parts of the world.

The trip begins on the south bank of the Rakaia at the marked easement that heads, gently at first, into Glenrock Stream. A poled route then travels up the long river fan, now dotted with pockets of scrub, and farther up enters a small gorge where a 4WD trail continues more steeply to the summit of Turtons Saddle at around 1100m.

On the way up, we encountered a musterer, a young woman from the run at the base of the hill, pushing a few steers down the valley with the aid of her five dogs. It was a great scene to watch as she expertly called the dogs to herd the reluctant beasts – pure high country magic.

Bounded by Black Hill Range to the east and Taylor Range to the west, on which 1600-2000m peaks are common, Turtons Saddle has a remarkable setting. This high point of the journey is worth the steady uphill grind as it has a grand view and a spacious location among tussock-covered ridges and a spectacle which allows your gaze to wander out among the great valleys of the Rakaia and Wilberforce, soaring into remote basins and onto craggy summits.

The broad saddle drops gently to the south, into Turtons Stream, which itself leads into the Ashburton River North Branch, a large catchment draining much of the Black Hill and Taylor ranges. Consequently, the lower valley can become impassable after and during heavy rain.

For our trip, there was no such concern and we could easily descend to the Ensor Stream confluence, ford this, and walk on to Comyns Stream where A Frame Hut rests on the north bank. 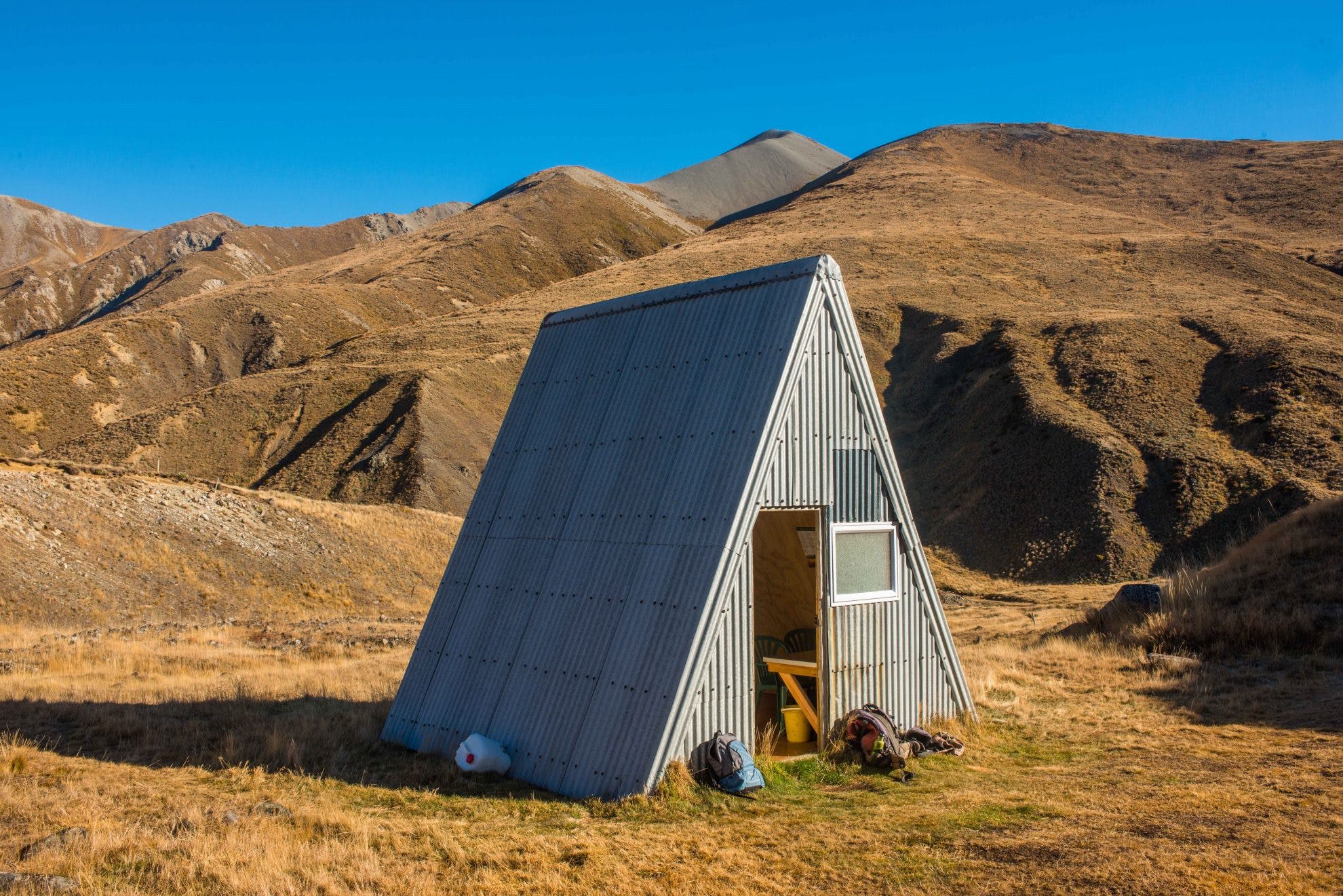 The setting beside the stream, running off the Black Hill Range, makes a lovely lunch stop, so we poked our heads inside, found a couple of chairs and carried them outside to sit in the sun.

The hut contains three bunks and is well looked after, lined, and apparently quite warm to stay the night in – despite its lack of a fireplace.

It is also well-used, particularly over the summer-autumn season for the Te Araroa Trail walkers, at which time finding a bed here could well be a faint hope, such is the growing popularity of the trail.

While Tony rested, I continued up Comyns Stream and over a low intervening spur into the next stream to the south, an unnamed tributary which allowed easy walking and scrambling to its head and more extensive views out over Turtons Saddle and the Taylor Range.

With evening beginning to draw in, I returned to the hut and we plodded the incline back to the saddle where we watched a grand sunset and memorable colours and shadows over the Rakaia Valley, before beginning the descent back to the car.

Access
At Glenrock Stream on Double Hill Run Road. A marked and poled easement continues over a stile on the south side of the road and up the east side of Glenrock Stream