From the Mt Buster Road end, the Little Kye Burn Track runs through pleasant flats alongside Little Kye Burn Stream. After about 20 minutes, the stream funnels through a steep gorge, where there is a cascading waterfall into a crystal clear pool. The track sidles up above the stream on the true left of the gorge before again meeting the stream – there are great swimming holes as the water steps through blocks of schist. Here, the path narrows, heading through matagouri and speargrass at the bottom of the valley, with steep rocky slopes on either side.

After about 45 minutes, the track leaves the valley floor and ascends a steep ridge, zig-zagging through tussock landscape. There is a notable change in the flora as you gain altitude – the scrubby matagouri giving way to open tussock slopes and bare schist. There is an excellent view to the south back down the valley, and of steep cliffs across the valley.

The track gradually levels off and emerges at 1200m, where the nuggety, corrugated iron Buster Hut comes into view. The two-bunker has benches for sleeping, and a good stash of National Geographic magazines dating back to the 1970s. It is a popular shelter for ski-touring in the winter.

Despite its historic appearance, a local farmer said it was a relatively recent addition to the site and was dragged up the slope as a musterers shelter by a neighbouring farmer. There is water nearby and the hut has excellent views. The scree-covered peak of Mt Kyeburn (1636m) looms to the east (there is a track to the summit, offering a rewarding side trip). To the south, there are fantastic views of the dry  Maniototo plains, while to the north the landscape flattens into rolling high country towards the Otematata Valley.

From Buster Hut, head west, following the 4WD track to the Buster Diggings. Once New Zealand’s highest-altitude gold mine, the diggings are now a vast area of blindingly white quartz gravel, eroded into towering pinnacles. They were worked from 1863 to the early 1900s, attracting 700 miners at its peak. The gold was found in a fossil-beach deposit of quartz gravels, which were uplifted during the formation of the Central Otago block mountains. The unusual formations were caused by the hydraulic sluicing used to extract the gold and water races from the gold mine crisscross the dry landscape. There are also a number of former mustering huts which can be reached within a couple of hours.

From the diggings, it’s an easy walk down the rutted 4WD track to the car park.

View more photos from this trip 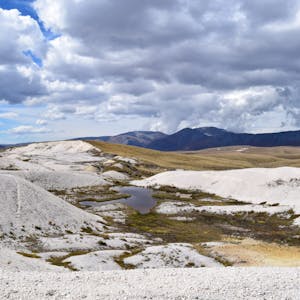 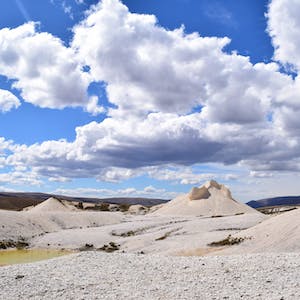 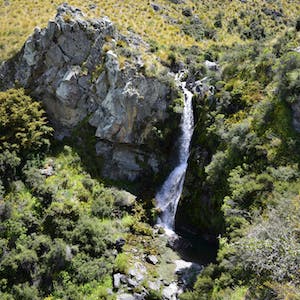 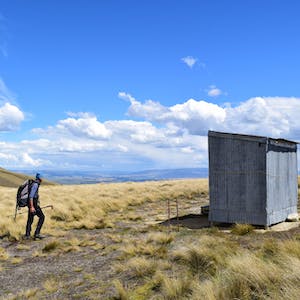 Access
From the Mt Buster Road end, 20 minutes from Naseby