Not everyone is competent with a map and compass, and the alternative – a GPS device – can be just as daunting. Geographer Lauren Kelley offers this dummies’ guide to GPS devices

About a year ago, my partner and I set off with a cracker weather forecast to walk a section of the Paparoa Range near Westport.

Climbing to Buckland Peaks was stunning – sunny and clear as predicted. But the next morning, as we traversed the tops, we found ourselves wading through a thick fog and though we were just metres apart, we struggled to keep track of each other’s whereabouts. It made for a nerve-wracking scramble along a knife-edge ridge.

As the day progressed, the weather deteriorated further and for the next two days navigation with a map and compass was all but impossible. Though I normally embrace the backcountry as a technology-free zone, I found myself wishing we had a GPS device to tell us where we were and to reassure us we were heading in the right direction.

For some, a GPS is a complicated and confusing technological device. But it needn’t be.

How does a GPS device work?

Standard handheld GPS devices receive data from a network of more than 30 satellites orbiting the Earth some 20,000km overhead. This network includes satellites from the Global Positioning System maintained by the US Department of Defense (also known as NAVSTAR), and for some devices, Russia’s GLONASS satellites.

Only a few satellites will be in range at any given time, and position accuracy can vary depending on landscape features such as narrow gorges and trees that obstruct the view to the sky, or atmospheric conditions that interfere with the satellites’ signal.

A GPS device requires signals from at least three satellites to give an approximate position, but accuracy increases when it can pick up four or more. It calculates a position on the Earth’s surface by using trilateration – measuring the device’s distance from several satellites and determining where the satellites’ signals intersect at that distance.

When a GPS device takes a long time to start up, it’s because it is searching for satellite signals and downloading information that allows it to make accurate calculations. GPS devices have a display that shows how many satellites are in range and estimates the current position accuracy. Note that word ‘estimate’ – your GPS position should only be used as a guide. Even modern handheld GPS readings can be several metres out in both position and altitude. In fact, because of the complicated mathematical calculations involved, a well calibrated altimeter will often give a more accurate altitude reading than the one derived from satellites. Some GPS devices come with a built-in barometric altimeter for this reason. 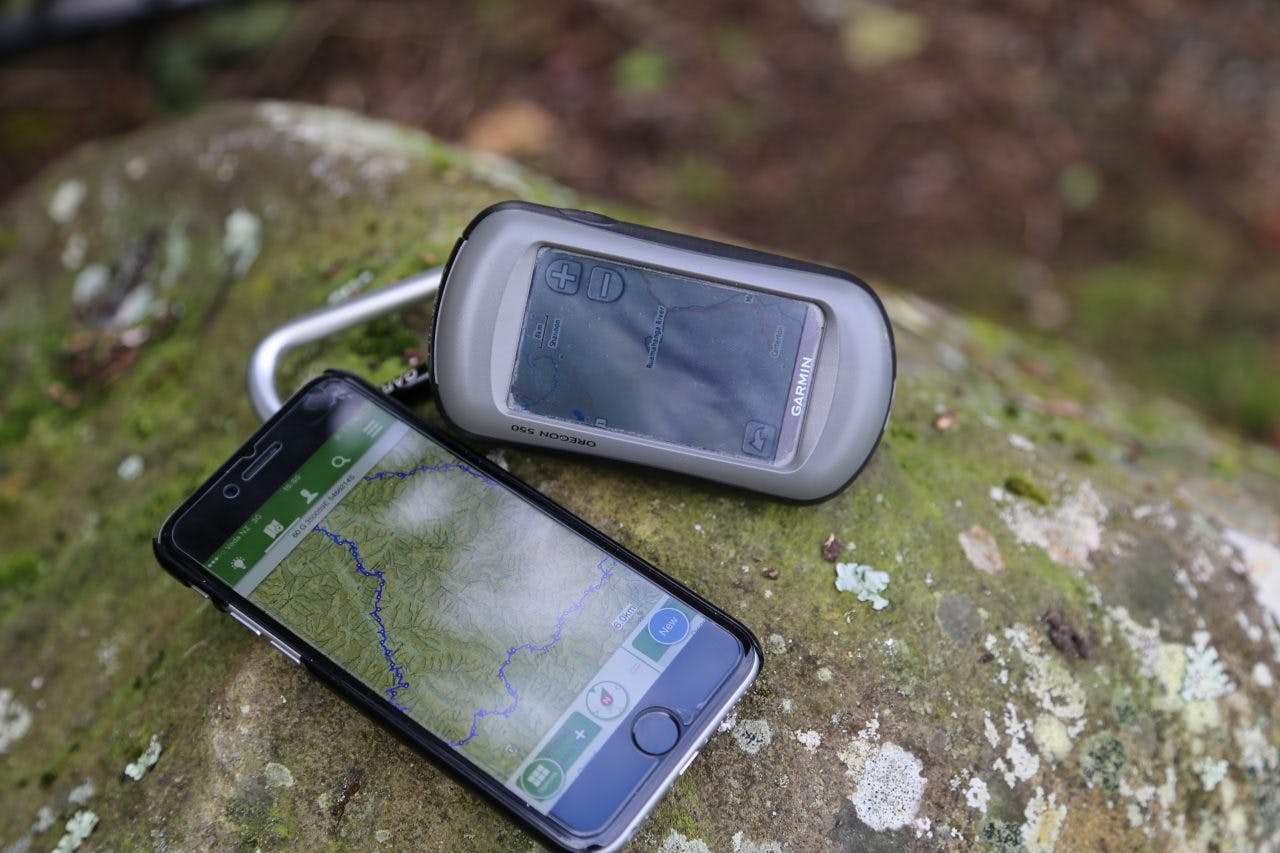 A cell phone might be easier to use, but its battery is less reliable. Photo: Alistair Hall

Cell phone  The GPS feature in your cell phone uses an assisted GPS (A-GPS) and receives location data from both satellites and cell phone towers when you’re within a cell coverage area. It is also capable of receiving, directly from a cell tower, data which is vital for understanding the satellites. This is quicker than waiting for the data to download from a satellite, so it can often show your position from start-up quicker than a GPS can. An app is generally required to display your position on a map.

Once you are in the backcountry, and out of cell range, your cell phone GPS works exactly like a regular GPS device. However, cell phones often have a shorter battery life and rely on an electricity supply to recharge, whereas a handheld GPS typically uses AA batteries.

GPS watch A watch is much more compact and lightweight than either a cell phone or handheld GPS device and, although screens are small, they are becoming popular, especially for fitness training. Some models come with unique features like heart rate monitors that appeal to athletes and are popular for trail running and adventure racing. They can be synced with a  cell phone through mobile apps. They can also play music and be tailored to different sports with the addition of sport-specific maps and apps. Watches have a short battery life – similar to cell phones – and are recharged via USB. 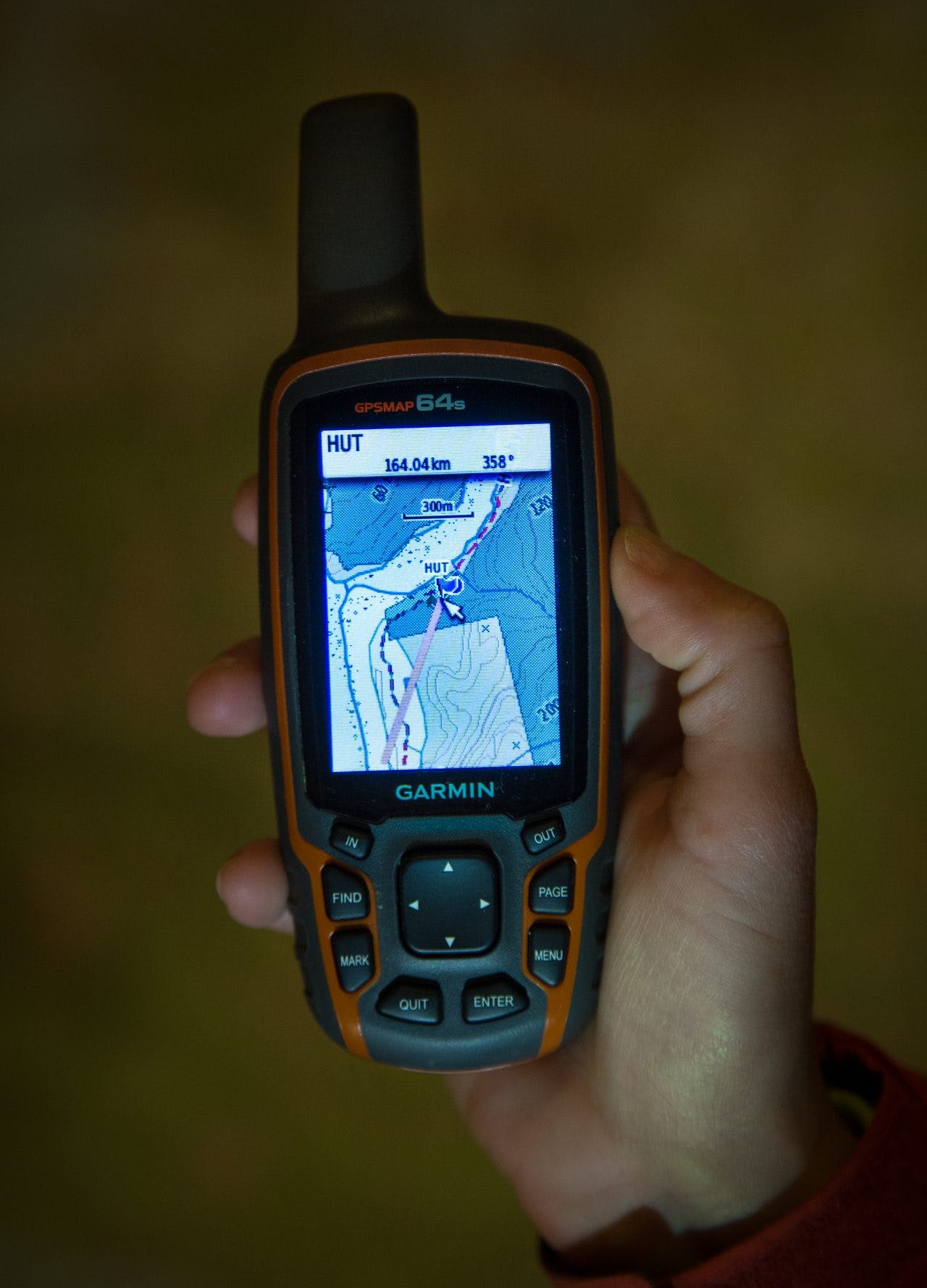 Antenna It’s important that your GPS has a good antenna – it’s what receives the satellite signals. Before purchasing a GPS, check the specifications for a description of its antenna. An external antenna is better at receiving but adds bulk to the device.

User-friendly interface This is important, especially if you’re new to GPS devices. Look for an intuitively organised set of options on a screen that is easy to read, even in bright sunlight. The more clicks required to find what you’re looking for, the more frustrating and time consuming it will be to use, especially when finding your way in adverse weather.

Maps One of the best features to look for is the ability to view your track and position interactively on a 1:50k topo map or another detailed basemap. Not all GPS devices come with preloaded maps, but they often have the option to buy maps from a third party such as Freshmap NZ or MapToaster and it can be well worth the extra cost.

Data storage Memory space on GPS devices is fairly limited. Maps like the 1:50k topo series take up a lot of space and some devices also take photos. You can often boost the storage space by inserting a microSD card. This also allows you to store more waypoints and tracks. Best practise is to save waypoints and tracks on your computer if you’re planning to use them again in the future.

Touch screen vs buttons There are two options for communicating with your GPS: touchscreen or buttons. It all boils down to personal preference. Buttons can be tedious to use if you’re typing long notes on your waypoints, as letters are selected by toggling the cursor around a keyboard. However, if your screen is hard to read in bright sunlight or you’re ‘all thumbs’, buttons are the easiest way to type
and select options. 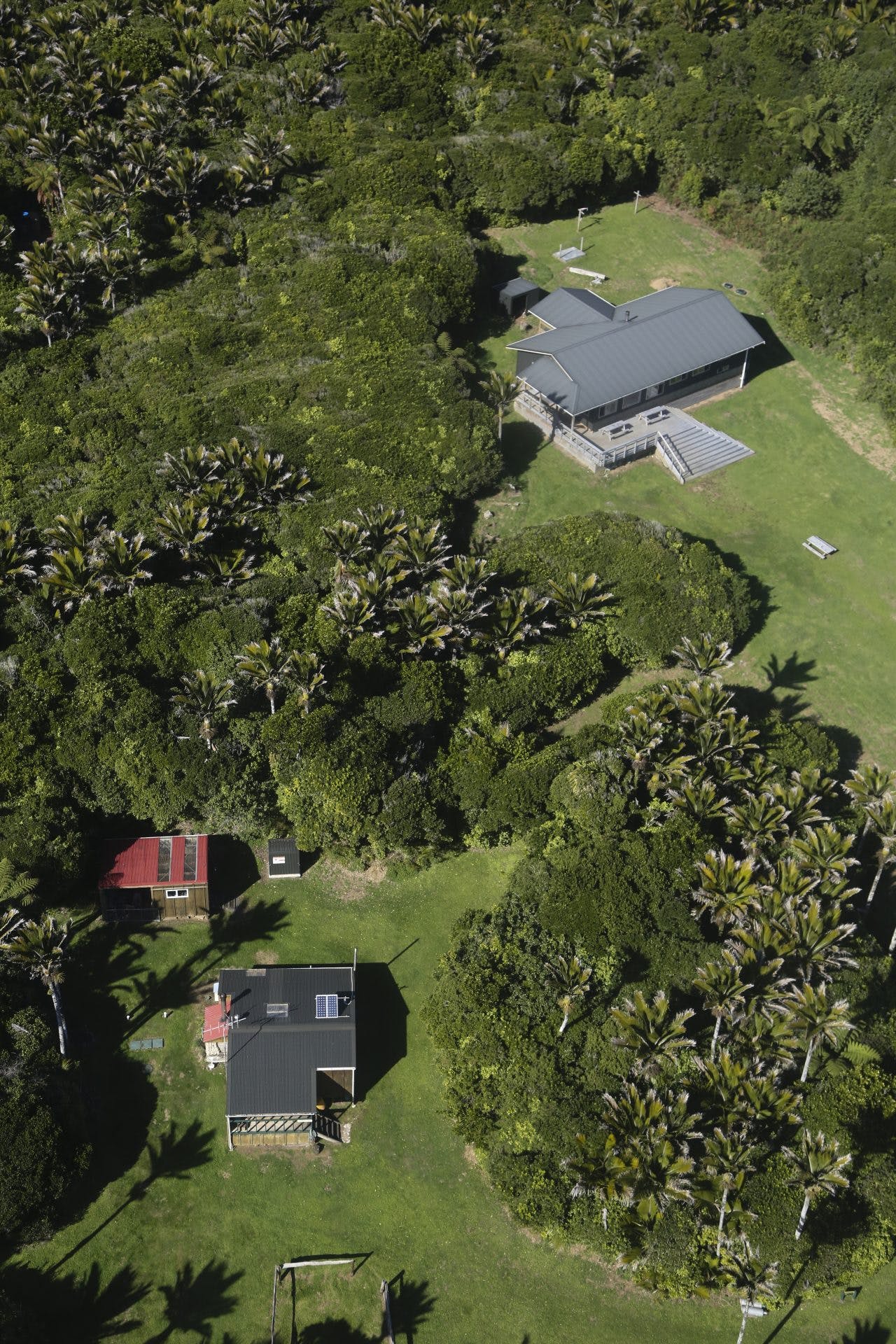 Whichever format you choose for your coordinates, you will find your way to Heaphy Huts. Photo: Neil Silverwood

The Earth is not perfectly round, but is a rather bulgy ellipsoid. As such, accurately calculating a position on Earth’s surface is quite complex. Displaying such an irregular shape on a flat page or screen requires some heavy calculating and stretching of certain areas of the globe.

Projections Many different flat displays, known as projections, have been presented over the years. One of them was created in 1569 by cartographer Gerardus Mercator. It became a standard for nautical navigation and an adaptation of Mercator’s projection is now commonly used in national and international mapping systems. It’s called the Transverse Mercator projection and New Zealand has its own version of this, referred to as NZTM2000, or New Zealand TM on GPS displays.

Geodetic datum Projections are used in tandem with a geodetic datum, or coordinate system. The most common of these in GPS devices and software like Google Earth is WGS84.

Out of the box, your GPS should be programmed to the WGS84 datum. You have the option to change this, but if you’re using the device in New Zealand I would recommend leaving it. You can, however, change the position format (coordinate display format).

Coordinates There are several ways to display coordinates, which can get confusing if you’re sharing coordinates among several GPS devices or computer programmes. But you can change the format for displaying coordinates in your GPS’s settings so they match the coordinates you want to programme in. This is helpful if you’re looking at a topo map and want to enter a waypoint into your GPS using the map’s grid reference.

Using the Heaphy Huts as an example, we can see how coordinates for the same location can be presented differently on a GPS device.

While you can change the position format in the settings of your GPS device, you may prefer to leave it set on the default NZTM2000 format. If needed, a coordinate converter can be found at linz.govt.nz or at topomap.co.nz.