There’s much to recommend on the Pupu Hydro Walkway, including an uphill steep enough to get your blood pumping, beautiful views of the surrounding area and, most significantly, a water feature dripping with local history.

The walkway follows an old water race, originally constructed between 1901 and 1902, to assist with gold-sluicing operations on the Te Waikoropupū valley floor. The claim was abandoned around 1910 but, in response to the growing awareness of electricity as an energy source, the Golden Bay Electric Power Board built a small hydroelectric power station in 1929. The race was used to provide the station with the necessary water supply.

The power station operated until 1981, when a fault substantially damaged the generating equipment. The Pupu Hydro Society and some dedicated local volunteers, restored the station which began generating again  in 1987 and continues to operate today.

The walkway crosses the Te Waikoropupū River on a wooden bridge immediately after the entrance. Since this is a loop walk, you can either turn right towards the powerhouse, crossing another bridge over Campbell Creek,   or left towards the 4WD access track.

The loose gravel 4WD track winds uphill for about 45 minutes. Upon nearing the highest point of the track, a break in the trees provides views back down the valley, over low farmland and out towards Pohara, Tata Beach, and the northern end of Abel Tasman National Park. 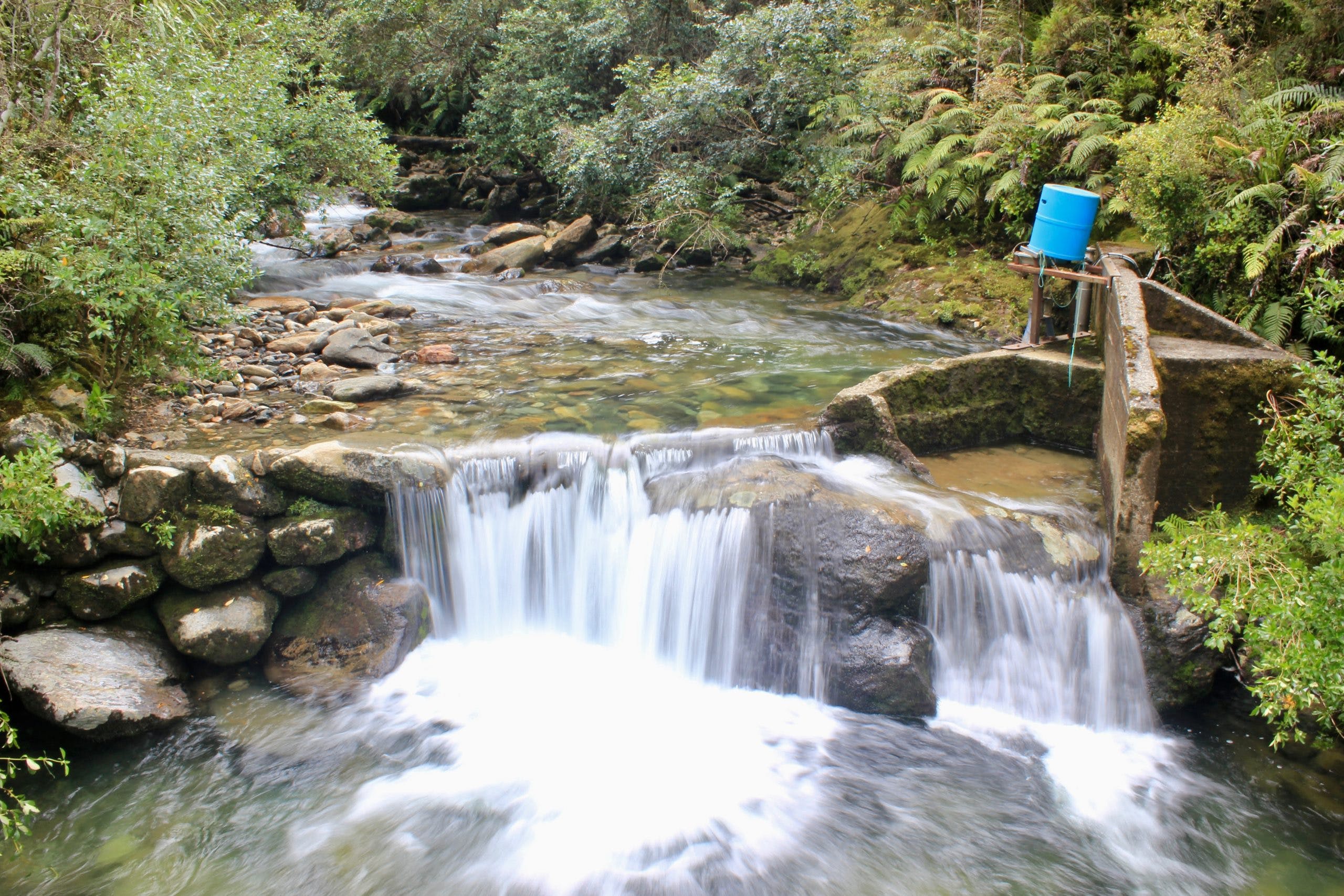 The weir (water intake) which channels water from the creek into the race. Photo: Elaine Dillon

Arrival at a pretty weir (water intake) signals the end of the incline and the beginning of the water race which snakes along the hillside for more than three kilometres. The race was considered to be a real feat of engineering for its time, running over a number of aqueducts on the steep hillside.

The path alongside the water alternates between gravel and narrow duckboard. The terrain is gentle, allowing a leisurely stroll alongside bright mossy rocks and low rich ferns whose tips trail in the swift flow of the clear water.

The control gates and penstock mark the end of the water race and the beginning of a slightly steep descent which is fairly slippery and crisscrossed with long roots.

We took our time going downhill, enjoying the tui and bellbird song echoing in the surrounding trees, before arriving back at the powerhouse near the entrance.