Take a look at the outdoor retailers in your town and one thing will become obvious: independent retailers are struggling. Matthew Pike asks what we lose when these stores disappear and discovers the positive steps some are making to reverse the trend

Ask any independent outdoor retailer what it’s like to run their business and they’ll all tell you one thing – it’s damn hard.

It seems the small shop owner is being squeezed from all angles. If it’s not the recession, it’s the retail park moving business from the town centre, or the vertical chain offering huge discounts, or cheaper prices on the internet, or the distributors for brands they stock setting up rival stores.

For some, it’s just too damn hard. Napier, Hastings, Tauranga, Palmerston North and Dunedin are just some of the towns across the country to have lost independent outdoor retailers.

New Plymouth is the latest casualty, as the Kiwi Outdoors Centre – an institution for 79 years – has just closed its doors for the last time.

Rob Needs ran the store for nearly 18 years and says there are a number of reasons why he had to close.

“The challenges for us were many and varied,” he says. “The internet, competition from corporate chain stores, small stores selling on TradeMe undercutting our prices with lower overheads, stores only offering price, not service.

“The upshot is trade had been declining steadily for five years and it was time to get out before I was pushed out.”

Further north, and things have become increasingly taxing for Colin Hancock, who runs Trek ‘n’ Travel in Hamilton. “Things have become harder for independent retailers in general and we’re no exception to the rule. For me, the last five or six years have become extremely difficult.”

Hancock says the recent global financial crisis is the main reason for the decline, as it has made people more cautious.

“But the chain stores have definitely played their part too,” he adds, “especially the way many of them do business by inflating their prices in order to offer a discount. 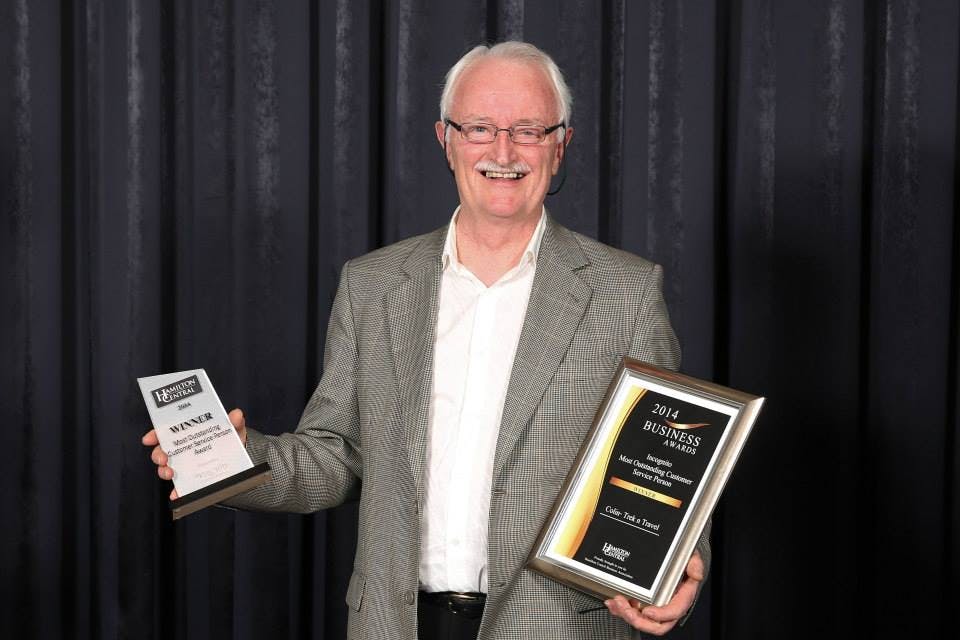 “The internet is also an issue, but is not as big as everyone says it is. However, it is getting bigger and means more players are taking a slice of the cake.”

Two hours north of Hamilton, Auckland’s population is constantly on the up, housing almost a third of the population. Yet, unbelievably, it now has only two independent outdoor stores – Outdoor Action in Albany and Living Simply in Newmarket – compared to 12 Kathmandu, eight Macpac, four Bivouac and three Torpedo7 stores.

As Kathmandu and Macpac predominantly sell their own products, this makes it increasingly difficult for wholesalers to introduce new brands and products to the mass market.

But it should also be noted, the chain stores aren’t having it all their own way. Mountain Designs left the New Zealand market late last year and big box store FCO is shuttering. Even the powerhouse that is Kathmandu is in trouble – it’s share price has taken a massive hit over declines in profit and it may soon be bought out by Rod Duke, owner of Briscoes and R&R Sport.

Outfitters, a wholesaler based in Pukekohe, south of Auckland, promotes UK brands Rab and Lowe Alpine. Owner Neil Stichbury felt he had no choice but to open his own store in Newmarket because there weren’t enough independent stores in Auckland to promote the brands to such a huge population.

“To put it into perspective, we were getting five times as much business in Taupo as we were in Auckland,” explains Stichbury. “It’s hard to get the message out no matter how good the two independents in Auckland are.”

Stichbury thinks it’s vital the independent stores survive. “Everyone needs independent retail but not enough people are supporting it. Without it you lose range, choice and often customer service. If you’re left with only three stores stocking homebrand products then the public will have no access to international brands.

“New Zealand is a unique market. There’s nowhere else with such a dominance of vertical players as here.” 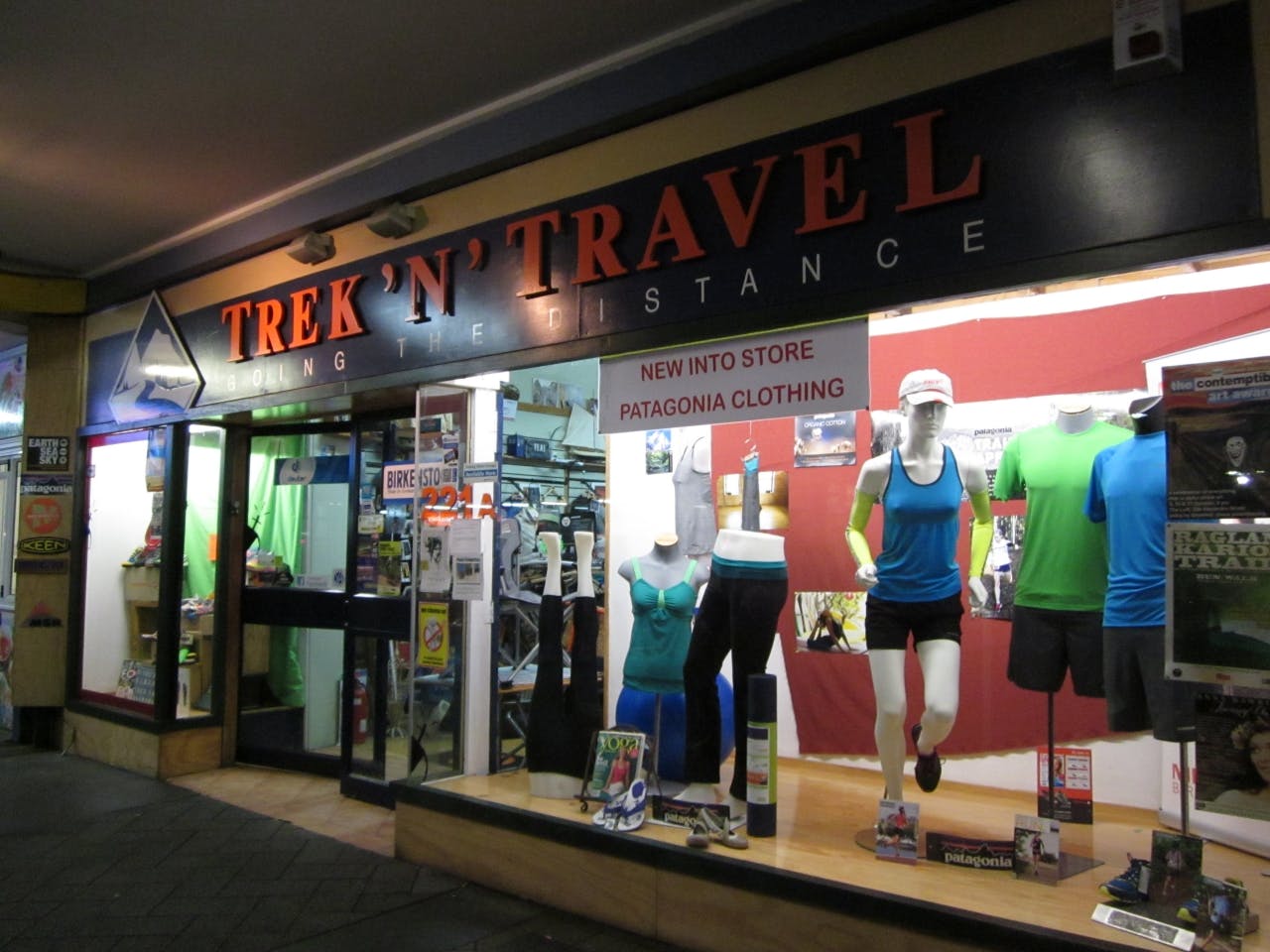 By vertical players Stichbury means stores which sell predominantly their own products and do so exclusively. The advantage stores like this have is they can control pricing from manufacture to retail, allowing them to sometimes dramatically discount to lure customers in.

“Customers want the same discounts in independent stores,” explains Stichbury, “but there’s no way they can compete.”

Another issue with losing independent stores, says Rob Needs of the Kiwi Outdoors Centre, is that start-up companies within New Zealand will find it harder to find retail space for their product.

“Icebreaker is a classic example for me,” he says. “Its founder Jeremy Moon came to the store with his product, we gave it a go and it became a huge part of our business.

“Start-up companies will struggle today because corporate stores will not be interested until a product has grown. Would Icebreaker get the same start in today’s outdoor retail environment?” Needs seriously doubts it.

Despite his own struggles, Needs believes there are ways for independently run stores to fight back. He started to diversify and reckons a few more strings to his bow would have saved the business. “I started running my own shuttle service to Mt Taranaki and I started ski rental – but I believe I needed a few more niches like that.”

Needs also believes location can aid survival. “You won’t see the complete decline of independent retail. Corporates don’t go to smaller towns. For instance, Kaikoura has a small population and lots of tourism. But the small population means corporates won’t feel the need to be there.” 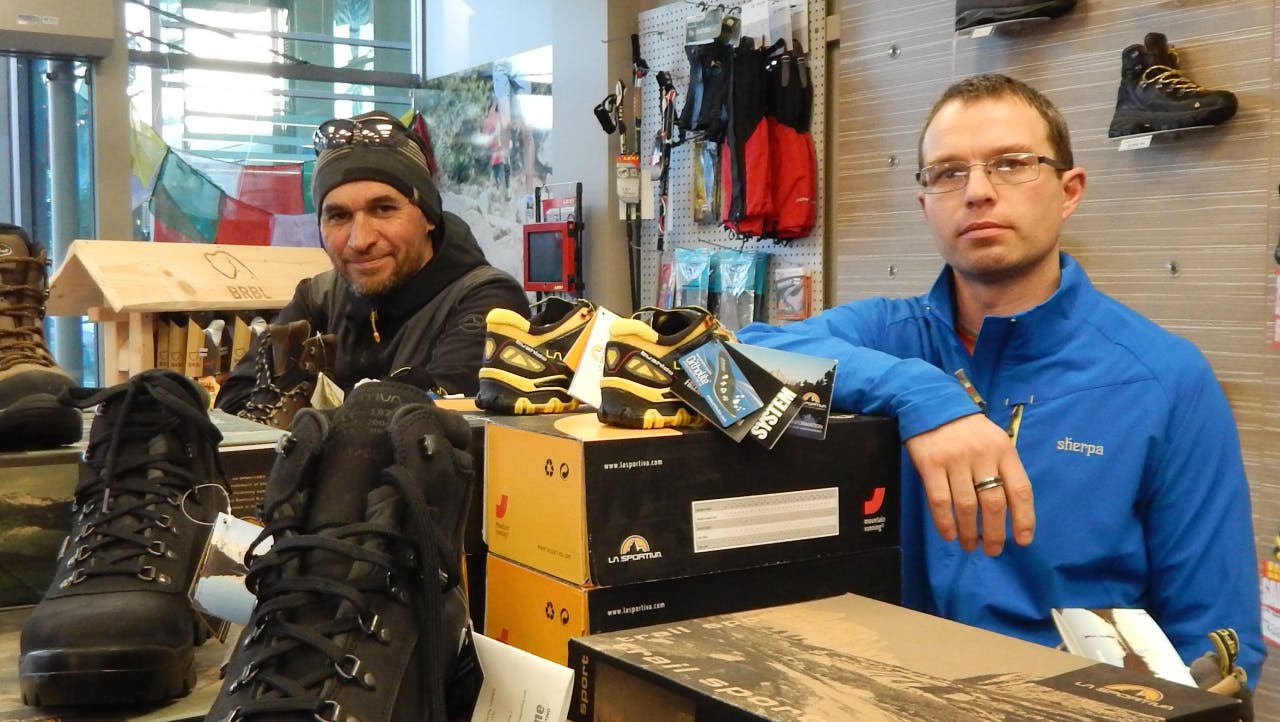 “There is still a customer base which hasn’t substantially shrunk over the years and outdoor users are pretty quick to pick up on something that makes their outdoor experience more enjoyable. There are strong trends in the market, such as lighter products and more efficient cooking systems, and customers are looking for innovation.”

McLean believes if the small stores make the most of their advantages, they can succeed. “A lot of customers research products on the internet before they go into a store, which is an advantage for specialist retailers because they tend to take pride in their knowledge and customer service.”

Trek ‘n’ Travel’s Colin Hancock realises the advantages his type of store can have over the chain retailers. “Independent retailers tend to have a passion that perhaps corporates can’t get. Corporates rely on a number of staff from the general market, whereas our small staff numbers mean we can employ enthusiasts.

“Corporates also have more overheads than independent stores do. If you’re prepared to knuckle down and keep your overheads to a minimum, it can give you an advantage.”

Hancock says if independent stores are to survive then, as well as being extremely careful with expenditure, they need to know who their customers are and make sure they look after them. He says the loyalty’s still there if you’re prepared to earn it.

Hancock believes setting up a new store in the current climate would be very difficult, though not impossible. “The environment is definitely more difficult, but if you’re prepared to put the hard yards in, position yourself in the right place and get the right rates and premises, then you could make a living out of it.”

One store that has done just that is MD Outdoors in Nelson. This store opened in November last year, bucking the apparent trend of independent retailer decline. The store has several things working in its favour including familiar faces, high levels of summer tourism and an ideal location situated next to the i-Site where visitors hop off the bus.

Store manager Mike Smithers used to manage Nelson’s Mountain Designs store, so was already well known in the local outdoor community. “Last summer was an all time high for tourism in Nelson and this makes a big difference,” he says. Things have quietened considerably over the winter, but Smithers believes having that local connection has been important.

“Before we opened we contacted Nelson Marlborough Institute of Technology and local colleges and schools, which all have good outdoor training programmes. Lots have come in to buy bits and pieces and we make sure we look after them deal wise.”

The store’s website also highlights locally-made products. “People expect an online presence,” says Smithers. “These days they like to browse on your website before making the final decision. Having a website is now an essential part of the process. 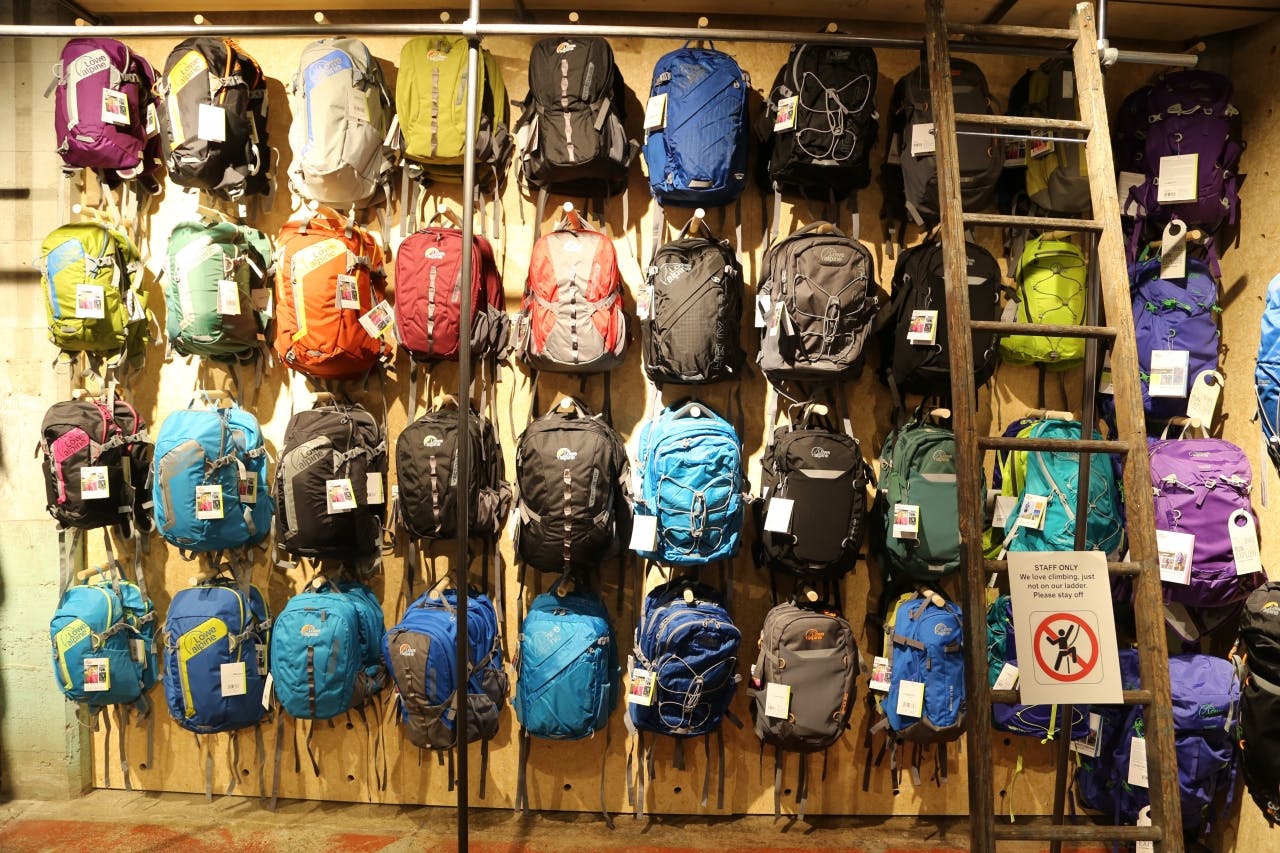 “To appeal to the local market you have to be as authentic as possible. It’s important to know your customers really well – they’re the reason your company exists and if your business doesn’t work for them, then it doesn’t work for you.”

But MD Outdoors seems to be an anomaly. New outdoor independent stores are few and far between. This is a trend that’s likely to continue according to Chris Bell, a consultant who helps companies improve the customer experience of their business. Bell used to work in outdoor retail before setting up his own firm, Customer Experiences, and from his experience of helping retailers in other fields, believes the best chance independent outdoor retailers have is to build relationships with other independent retailers.

“Standing alone is difficult,” he says. “Building relationships would give them a chance to meet and support each other, getting input from everyone – an opportunity to communicate thoughts, ideas and feedback.”

Bell uses the example of 35 independent power tool retailers who came together under the Stihl Shop brand. “These were independent stores competing with the likes of Bunnings and Mitre 10,” explains Bell. “Many of these stores were pretty ordinary with staff in greasy overalls wiping grease from their hands as they spoke to you. They realised that just having a nice store and good uniforms wasn’t going to cut it.”

The group realised that a huge advantage they had over larger retailers was that they serviced and repaired tools, so needed to make this more obvious. “Their idea was to make their workshops more visible. Now, most stores have a big glass window so customers can look into the workshop at professional mechanics who clearly know what they’re doing.”

The group also discussed how to help customers who buy a potentially dangerous tool, such as a chainsaw, but have no experience of using it. Their solution was to take customers out the back, show them how to use a chainsaw and give them a go at sawing logs.

“We find building relationships certainly helps,” says Pirie. “It gives us buying power. As a group we can go to an offshore supplier, buy in bulk and volume, and promote the products more effectively.”

Pirie says the group needn’t be limited to just the four stores. “It’s possible that more stores could join. All four of us have contacts to brands outside New Zealand that bring something to the group and we’d certainly look to consider any new independents who could also contribute.”

Chris Bell believes realising what your advantages are and how to make the most of them can give your store a real point of difference. Whether that point of difference is local knowledge, a gear fixing service or a familiar face, it appears independent retailers need to find a way of shouting it from the rooftops to maintain their niche market.