Forget the rugby, and the cricket, the real test is between which country wins the battle of the tramps. Ex-pat Kiwi Ricky French, with admirable lack of bias, weighs the pros and cons of tramping in each country.

With Prime Minister Jacinda Ardern’s December announcement of a trans-Tasman tramping bubble* set to open up early in 2021, it’s a good time to examine the pros and cons of tramping in New Zealand, versus hiking in Australia. From tracks to wildlife to huts to weather to landscape – whose backcountry cuisine will reign supreme?

*Possibly not her exact wording

Lay of the land

You’d think it would be difficult for ‘100% Pure New Zealand’ to lose this category. Aotearoa is known worldwide for its stunning, snow-capped mountains, lush native bush and majestic rivers. So strong is the brand we don’t need to mention the havoc wrought by introduced pests, the pollution unleashed on the rivers, the mess of weeds or the fact the glaciers are shrivelling thanks to climate change.

Australia has most of those problems, too, but its landscapes are often underrated. The Australian Alps are ancient and eroded, and lacking in definition, but have incredible character and history. The outback is one of a kind, northern Queensland has incredible rainforests, Victoria’s Grampians are wondrous (with the new 160km Grampians Peaks Trail set to open soon), it has some of the best coastal walks in the world and Tasmania is New Zealand but without the infrastructure (well, as close as Australia gets to being New Zealand).

Kiwis, I know what you’re thinking: Snakes. If you’re hiking in summer chances are you’ll come across at least one every day. I find them transfixing, after the initial shock, and you probably have more chance of being bitten by an eel in a New Zealand river. Different consequences, though. I’d rather tramp without the worry.

Onto birds. Australia’s bush sings with a bazillion birds. In New Zealand, the bush is comparatively silent (thank you, stoats, rats and cats). Some people tell me they see and hear heaps of birds in New Zealand. I say to them, “Come to Australia.”

Next, terrestrial wildlife. Australia, again, wins hands down. New Zealand has none. Australia is heading that way (it has the world’s worst mammalian extinction record) but hasn’t got there yet. Expect weird waddling and hopping wildlife wherever you go.

Onto pests and domestic animals. Australia is very strange in that it won’t tolerate dogs anywhere, but feral deer, pigs and horses are allowed to roam and destroy the place pretty much unchecked. In Kosciuszko National Park, feral horses actually have more protection in legislation than native animals. New Zealand is grappling with a huge deer issue.

I love being able to take my dog tramping in New Zealand, something I can’t do in Australia. But overall, due to the sheer diversity of wildlife that colours your journey, there can only be one winner. 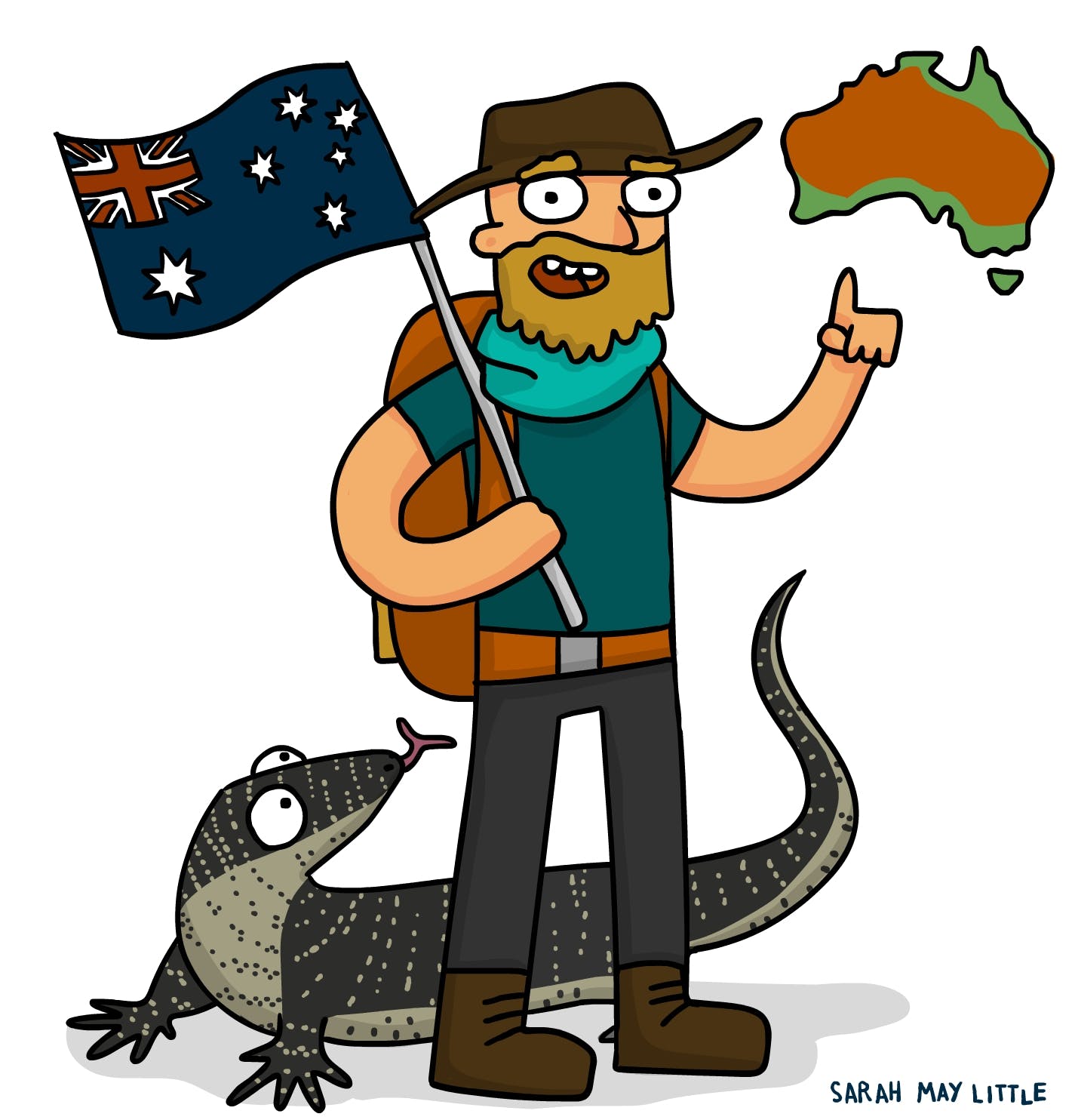 No other country has a better network of huts and tracks than New Zealand, so this is a no-brainer. Tracks and maps are better in New Zealand, where tramping is part of the culture, and the infrastructure is first class. In Australia, hikers are expected to be more self-sufficient and make their own luck. It’s less accessible.

Australia doesn’t really have huts. The few that remain (that haven’t been destroyed by bushfire) are often crumbling relics from the cattle days, interesting to visit but not maintained and definitely not fit for habitation. There are a few huts for emergency shelter but they are bare and cheerless and you’re not actually meant to sleep in them. Also, Australians seem to find the concept of sharing huts with other people strange.

Tasmania’s south-west has terrain and tracks closest to what you find in New Zealand but virtually no huts, so again you’re forced to lug a tent. If Australia has an equivalent to the Te Araroa Trail it’s the Australian Alps Walking Track, which runs the lengths of the alps from southern Victoria to Canberra (655km). But it’s fragmented, incomplete, gets no funding and exists more as a concept than a track. Te Araroa has elements of all those problems, too, but is at least better signposted. Simply put, New Zealand makes it much easier for you to tramp.

This comes down to personal preference. Ask yourself: would you rather freeze or burn? Hiking in the heat of summer in the Australian Alps is practically sadomasochistic, while very few Aussies would dare venture beyond a groomed ski run in a New Zealand winter. And whichever way you look at it, New Zealand has too much rain.

If you can dodge bushfires, January in Tasmania can be heaven. So can winter in the outback. If I was coming from Australia, I’d hit New Zealand in autumn when the weather is most settled. But I’d still bring a rain jacket.

While both countries have their pros and cons, I’ll choose the winner based on one criterium only: which country do I get more excited about tramping in? In this case, the outcome is clear.

Step up to the podium, Aotearoa.