Access
Starts and finishes at Orui Station at Riversdale Beach

On a three day walk in Wairarapa, Richard Davies finds it’s not just the walkers who come away feeling rejuvenated

Too many long weeks at work had merged into long months leaving me in need of some time and space to clear my head. Even though I had never done a private walk before, I leapt at the opportunity to hike the Orui Coastal Walk.

Over the course of a spectacular weekend in the Wairarapa I found I wasn’t the only one rejuvenated by this walk.

Riversdale Beach is a pleasant drive from Wellington and the temptation would be to save it for a Saturday morning departure. This would be a mistake however, and the three owners of this walk have cleverly recognised this. This is not a walk that you rush to complete and compare your times later; this is an experience where you first slow down, and then begin to enjoy it. 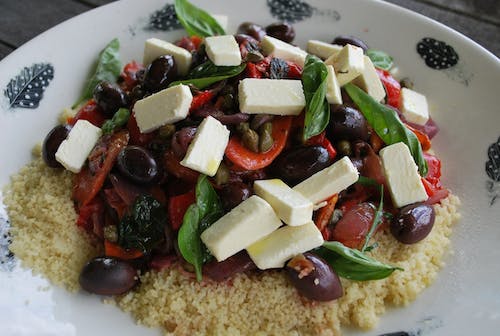 Angie Meredith, Sarah Broughton and Annabel Porter are the three owners and host walkers for the three nights. Orui combines a love of the land with their enthusiasm for sharing the local produce of the Wairarapa.

So, on a Friday evening with our minds still full of thoughts of emails, meetings and household chores we arrived at Orui Station, a large coastal farm abutting the Pacific Ocean between Riversdale Beach and the Whareama River. The shearers’ quarters has been converted into accommodation and made for a rustic yet comfortable spot to begin the process of unwinding.

Helping us was a platter of pre-dinner snacks, followed by lamb rump, potato gratin and feijoa and date crumble. This first night’s meal set the scene for the following nights with our hosts sourcing the best local produce from the area.

The following morning we made up a lunch for the trail and packed a small day bag each. As you would expect on a private walk, the bulk of our gear was ferried around to the next night’s destination.

What followed was a pleasant ramble, allowing plenty of time to chat. I could understand why the walk is popular with groups of friends who use the experience as a chance to catch up. After a few kilometres on a gravel road along the coast, the trail swings uphill via an old bullock track to the highpoint of the trip, the prosaically named Viewpoint 2. While the hill rises a modest 291m above the sea, the views are expansive up beyond Castlepoint to Cape Turnagain and inland across the crumpled hill country.

Nearby, a marker by an old plough records that the Meredith family settled on Orui in 1854. That’s nearly 160 years of Meredith family history at Orui. No wonder Angie and her husband Glen are proud of the place and are keen to share it.

From here we head inland along the rolling ridgelines. We’re now on Pohatu Station, farmed by Sarah and Roger Broughton. This is tough country and the scars of old slips cover the slopes. There is planting in many of the gullies, aiming to rejuvenate the land. Pohatu is a busy, bustling farm but Sarah Broughton also trained as a chef and this was evident as we descended from the ridgeline to the cute cottage-style whare next to Ngaiana Station homestead.

Arriving early afternoon, we took the opportunity to lie in the hot Wairarapa sunshine and relax with a book with one of Sarah’s deliciously moist date and coconut cakes.

Ngaiana Station was one of the original big stations of the area but has been subdivided over the years and is now the smallest of the three on this walk. Owners John and Annabel Porter have their hands full though – they also work in Wellington and have a vineyard in Martinborough.

A bottle of their excellent pinot gris aided our continuing rejuvenation, but only after we had taken a leisurely hour-long walk through a regenerating bush block on their property. Their son Hugo has been planting and trapping here and the results are showing; tui, bellbird, kereru and whitehead frequent the block. It’s not just the walkers in the corner of the Wairarapa that come away feeling rejuvenated: the land is recovering, too.

The dinner prepared by Sarah and cooked by us was stunning and simple. Venison with a couple of salads followed by a decadent chocolate and berry dessert. We slept well that night.

On the Sunday we headed for the Whareama River, reputed to have the longest tidal reach of any in New Zealand and providing rich farmed flats and, judging by the number of fisherman we saw, whitebait. But first we had to cross back over Pohatu Station – the walking highlight of the trip. The tracks are quite rough and I had to concentrate on spotting the markers.

From the sun-bleached piles of driftwood at the mouth of the Whareama, we turned south and headed down the coast, by now back walking on Orui Station towards Riversdale Beach. All too soon we were back at the shearers’ quarters – utterly rejuvenated and with a new appreciation for the places and people in this corner of the Wairarapa.

It’s easy to understand why people choose this as a place to reconnect with old friends, and why many people stay a third night to enjoy the Wairarapa hospitality.