Keep your eyes peeled for these magnificent birds on your next Great Walk.

Whitehead/popokatea The whitehead occurs only in the North Island, south of a line between Pirongia Forest and Te Aroha. They are classed as a ‘declining’ species with very patchy distribution and are heavily affected by habitat clearance and predation by rats and mustelids. The Waikaremoana area has good numbers of whiteheads, which can be found mostly in dense, tight shrub areas and tall native bush. They have a reluctance to fly but do move very quickly through the trees and canopy. Whiteheads are very acrobatic when foraging, often hanging upside down. Blue duck/whio [caption id="attachment_68870" align="alignnone" width="1980"] 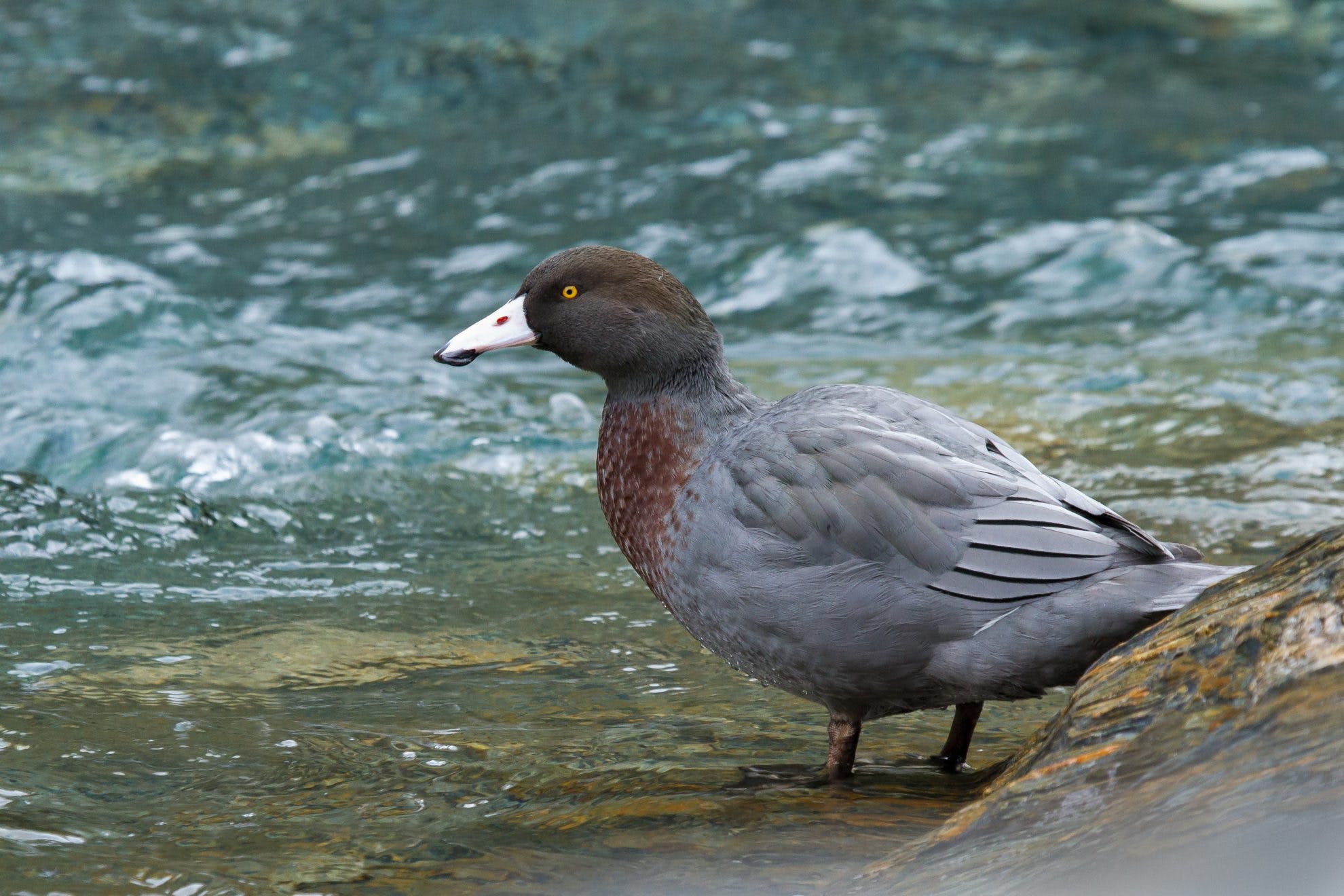 Whio can be found on the Whanganui Journey. Photo: Matt Winter[/caption] The Whanganui River Journey provides the opportunity to canoe into remote parts of the Whanganui River, where you may view the ‘nationally vulnerable’ whio. Listen out for the distinctive high pitched, ‘wheezy’ whistle, which often gives away the birds’ presence before you actually see them. Little blue penguin/korora   [caption id="attachment_68866" align="aligncenter" width="1980"] 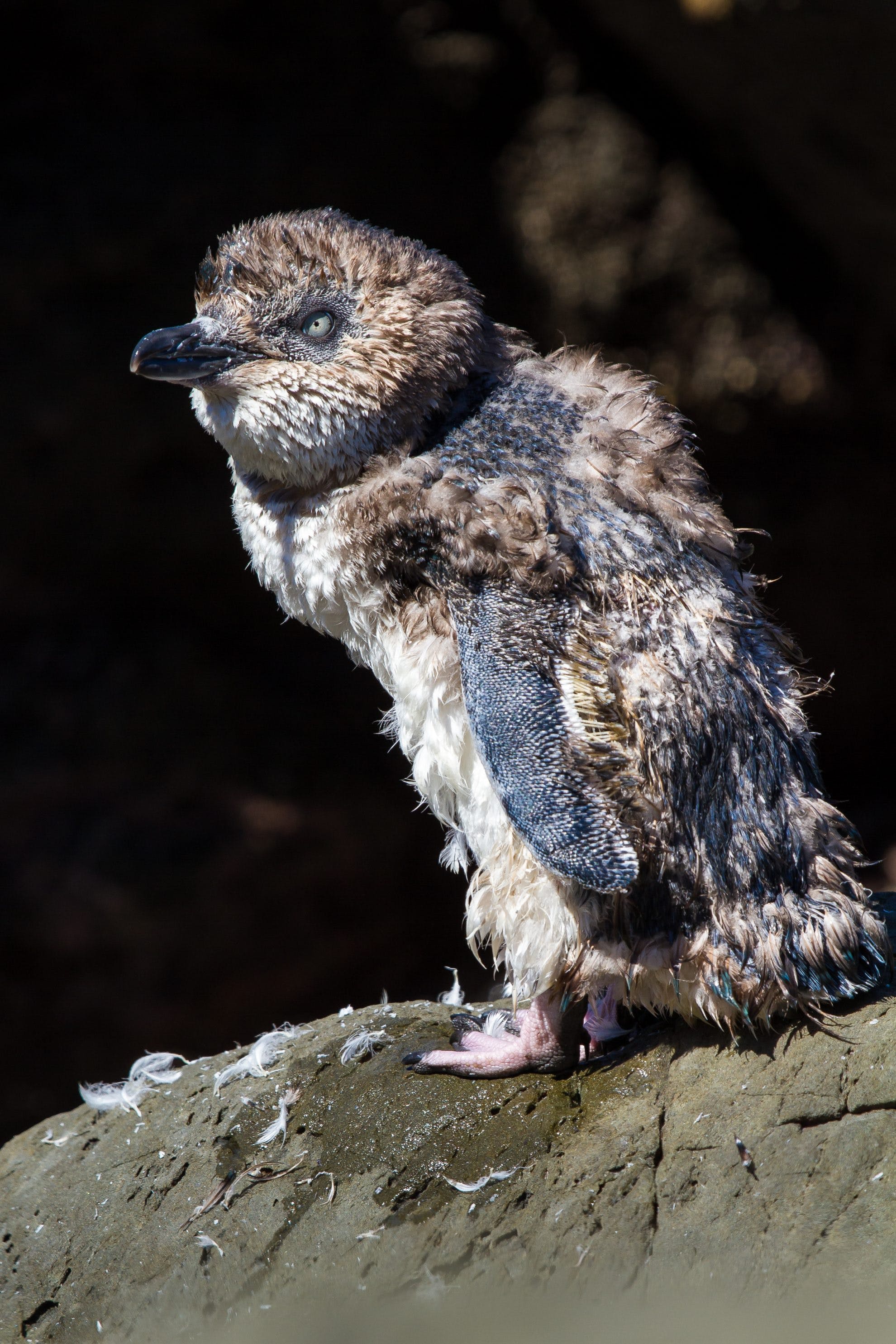 Little blue penguins can be found on the Abel Tasman Coast Track. Photo: Matt Winter[/caption] Being generally a coastal walk, a variety of seabirds can be seen on the Abel Tasman Coast Track. The little blue penguin needs to come ashore to breed and moult, often seeking shelter in rock crevices, burrows, caves and underneath baches. They generally come ashore after dark, but late evening or dusk walks along the beach can be rewarded with sightings as they waddle up the sand to find a safe haven. New Zealand falcon/karearea [caption id="attachment_68867" align="aligncenter" width="1980"] 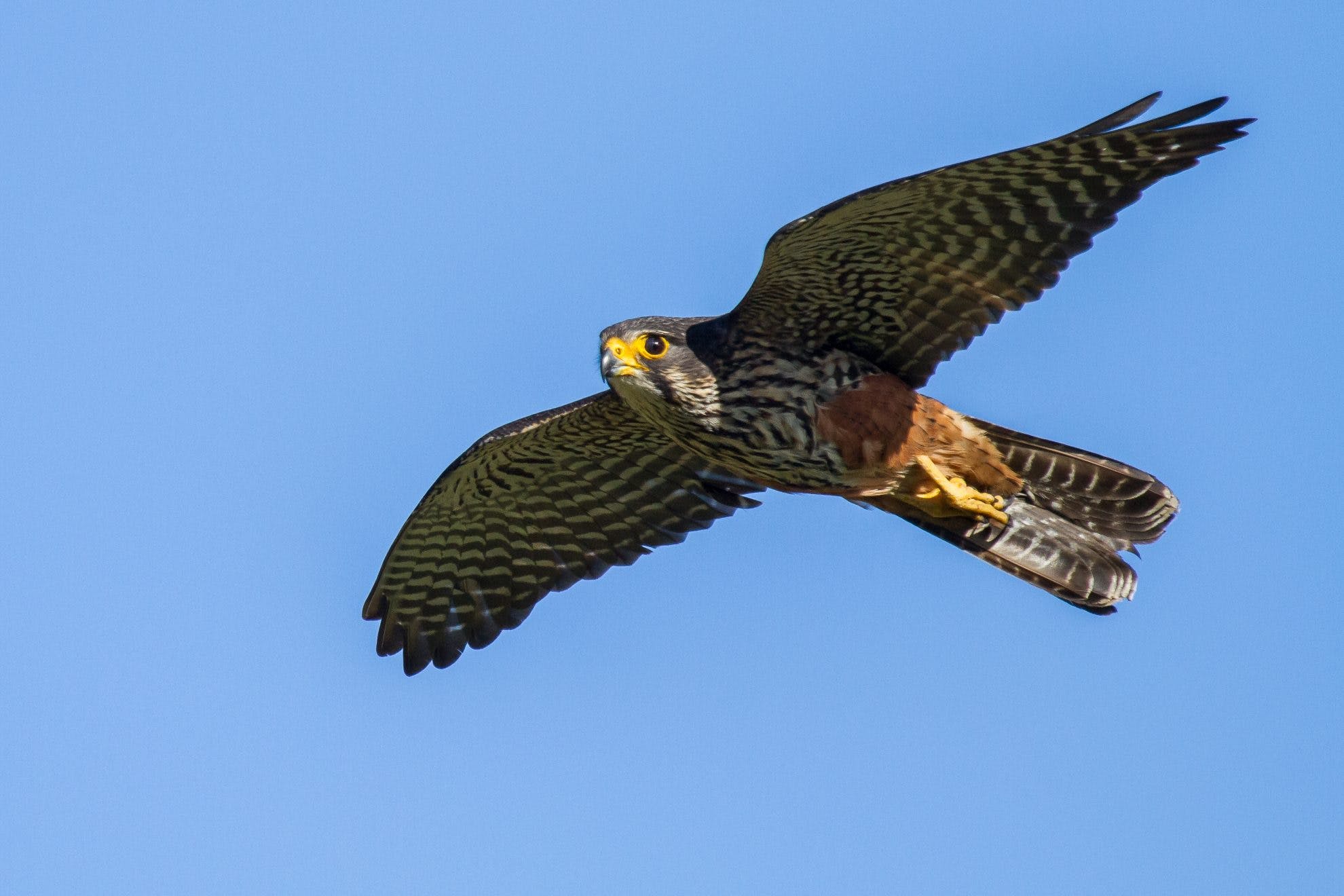 Karearea can be spotted on the Tongariro Northern Circuit. Photo: Matt Winter[/caption] The New Zealand falcon can fly at speeds of up to 200km/h and catch prey four or five times its own body weight. The karearea is one of only four native birds of prey found in New Zealand and is rarer than kiwi. The open areas on the Tongariro Alpine Crossing are great places to look for the bird. Often mistaken for harrier hawks, the falcon is smaller in size and flies with its wings set flat rather than in a shallow ‘V’ like the harrier. Takahe [caption id="attachment_68869" align="aligncenter" width="1980"] 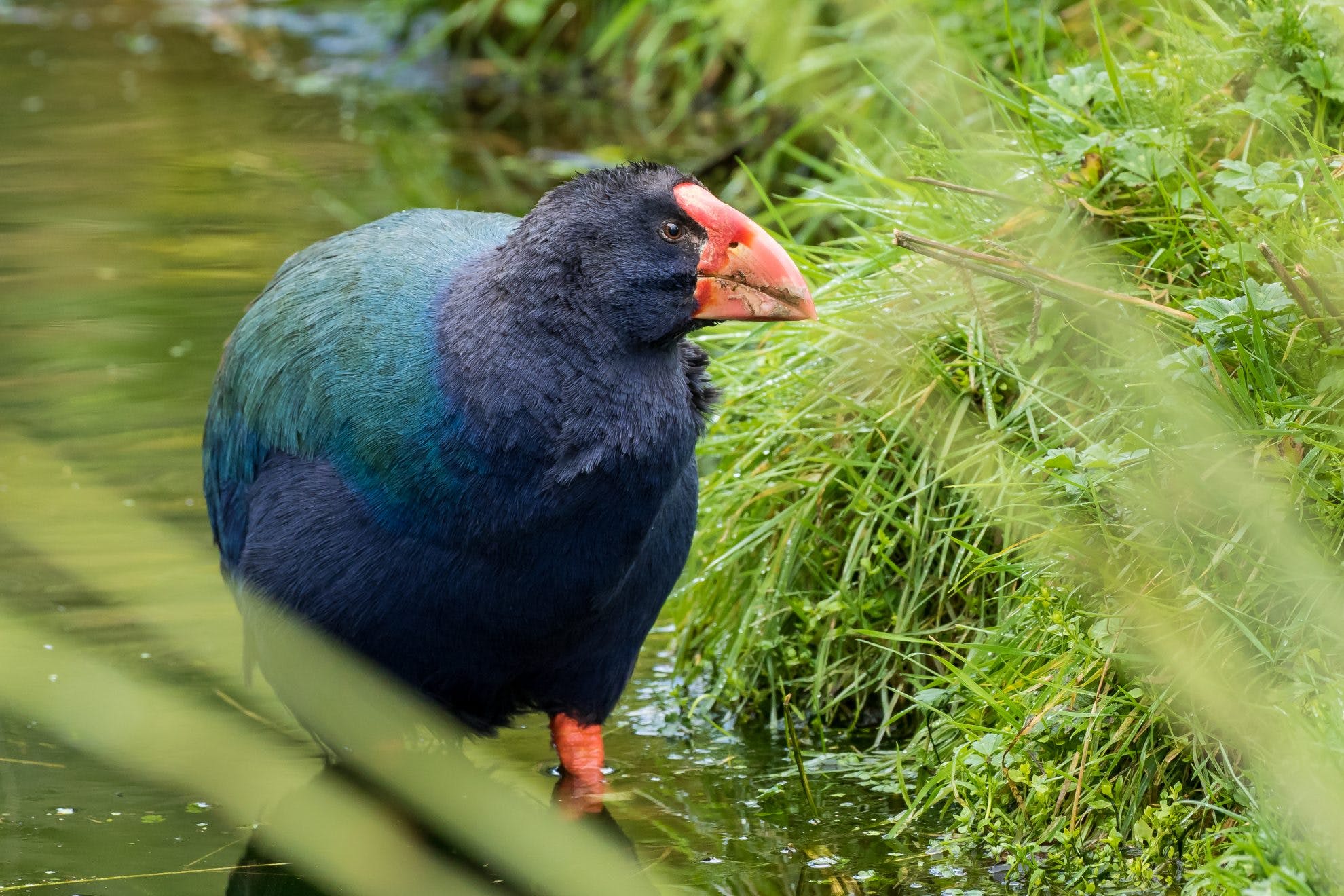 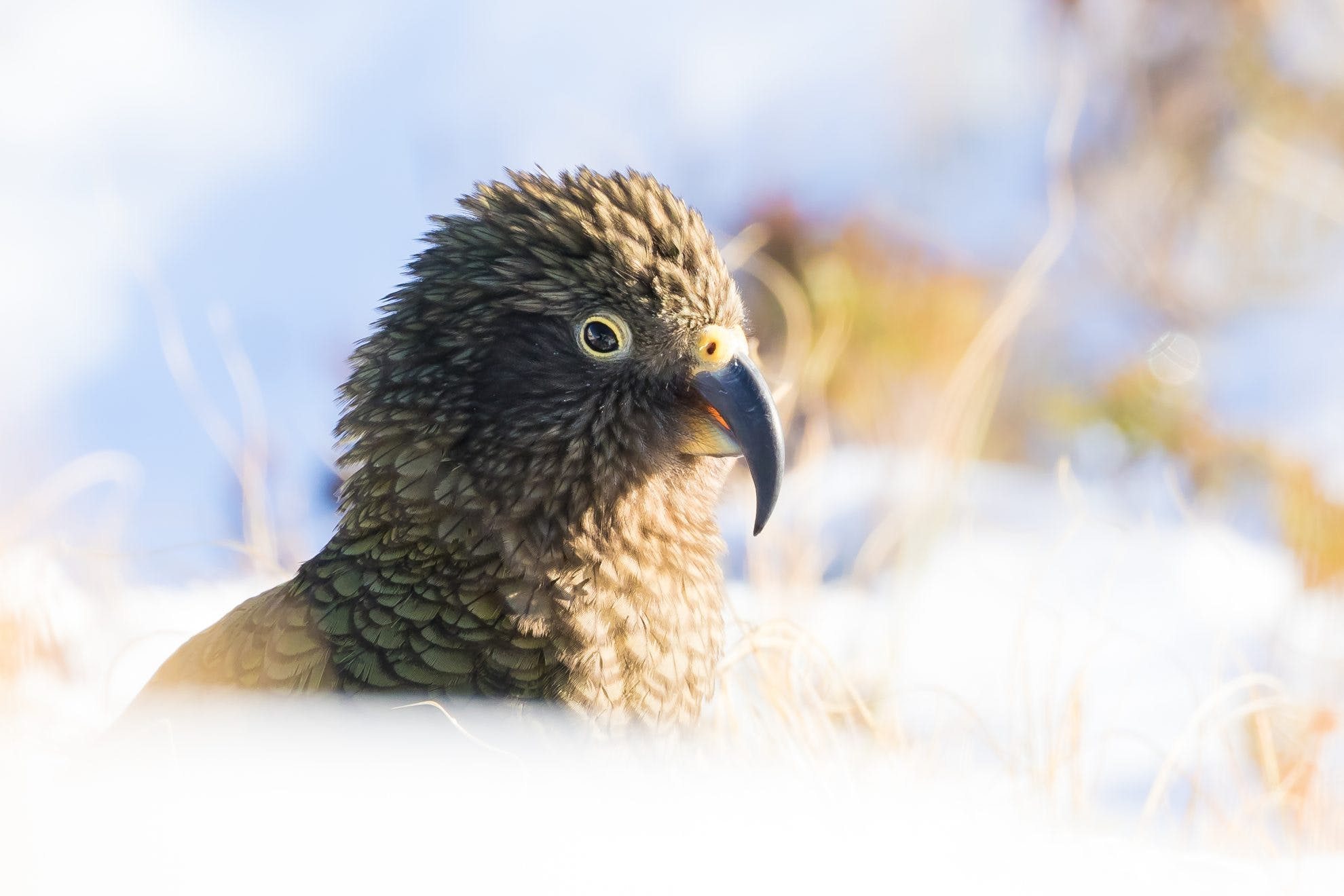 Kea can be seen on the Milford Track. Photo: Matt Winter[/caption] Milford Sound still has reasonably good numbers of New Zealand’s most charismatic bird. Kea are inquisitive birds with above average intelligence. They’re unafraid of humans and have learnt that human activity generally means free food. Perhaps this is one reason why seeing at least one kea along the Milford Track is pretty much guaranteed. Intensive predator trapping is another big reason for the prevalence of kea in this area. Southern brown kiwi/tokoeka [caption id="attachment_68868" align="aligncenter" width="1980"] 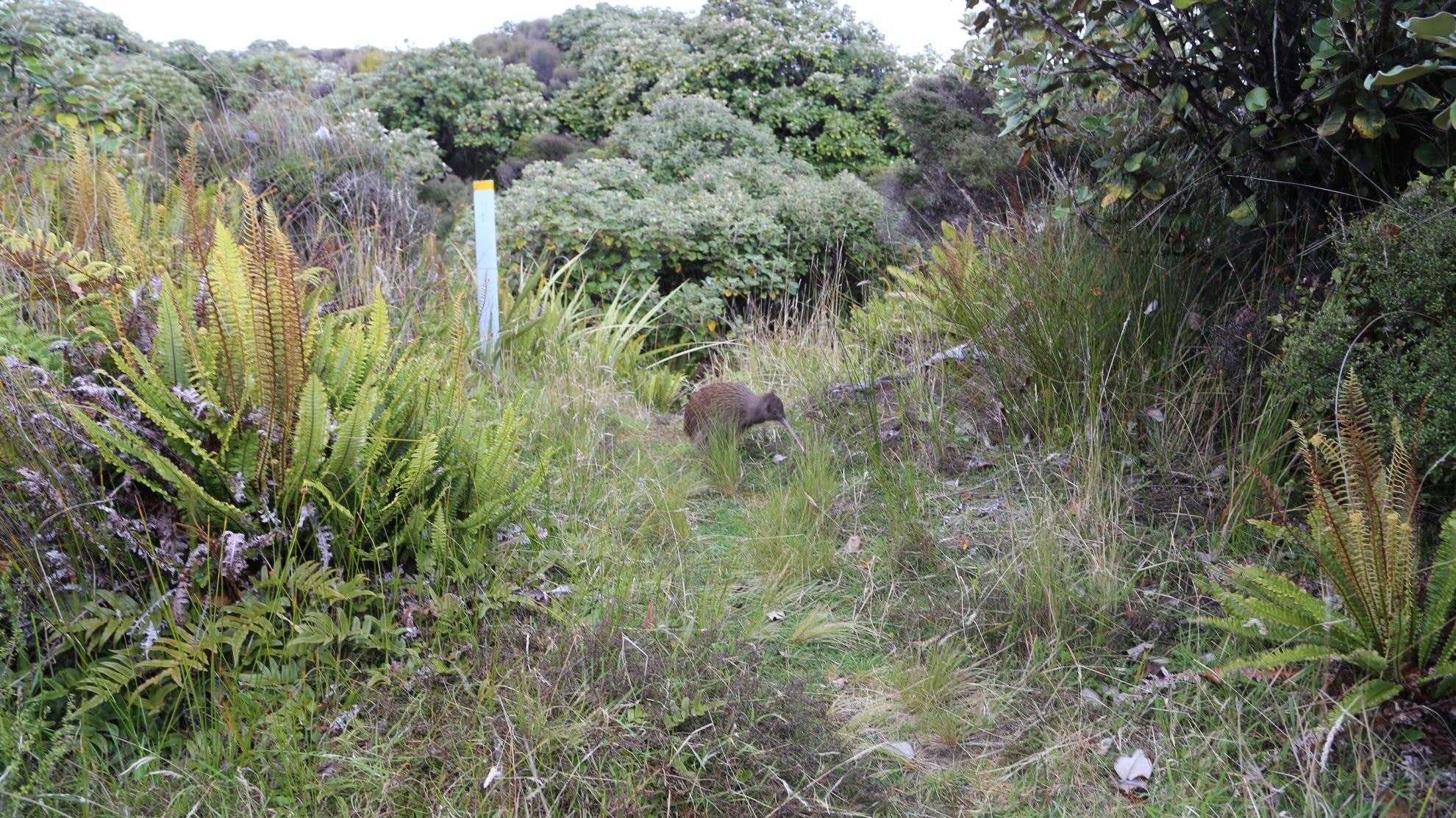 Spot the southern brown kiwi on the Rakiura Track. Photo: Alistair Hall[/caption] The southern brown kiwi’s range is now restricted to the bottom, south-western corner of the South Island and east to Te Anau and some offshore islands, including Stewart Island, where it is estimated 20,000 kiwi live. Like most species of kiwi, they are generally nocturnal but on Stewart Island it is quite common to see a kiwi foraging in day time – the only place in the country where this occurs on a regular basis. Yellow-crowned parakeet/kakariki [caption id="attachment_68872" align="aligncenter" width="1980"] 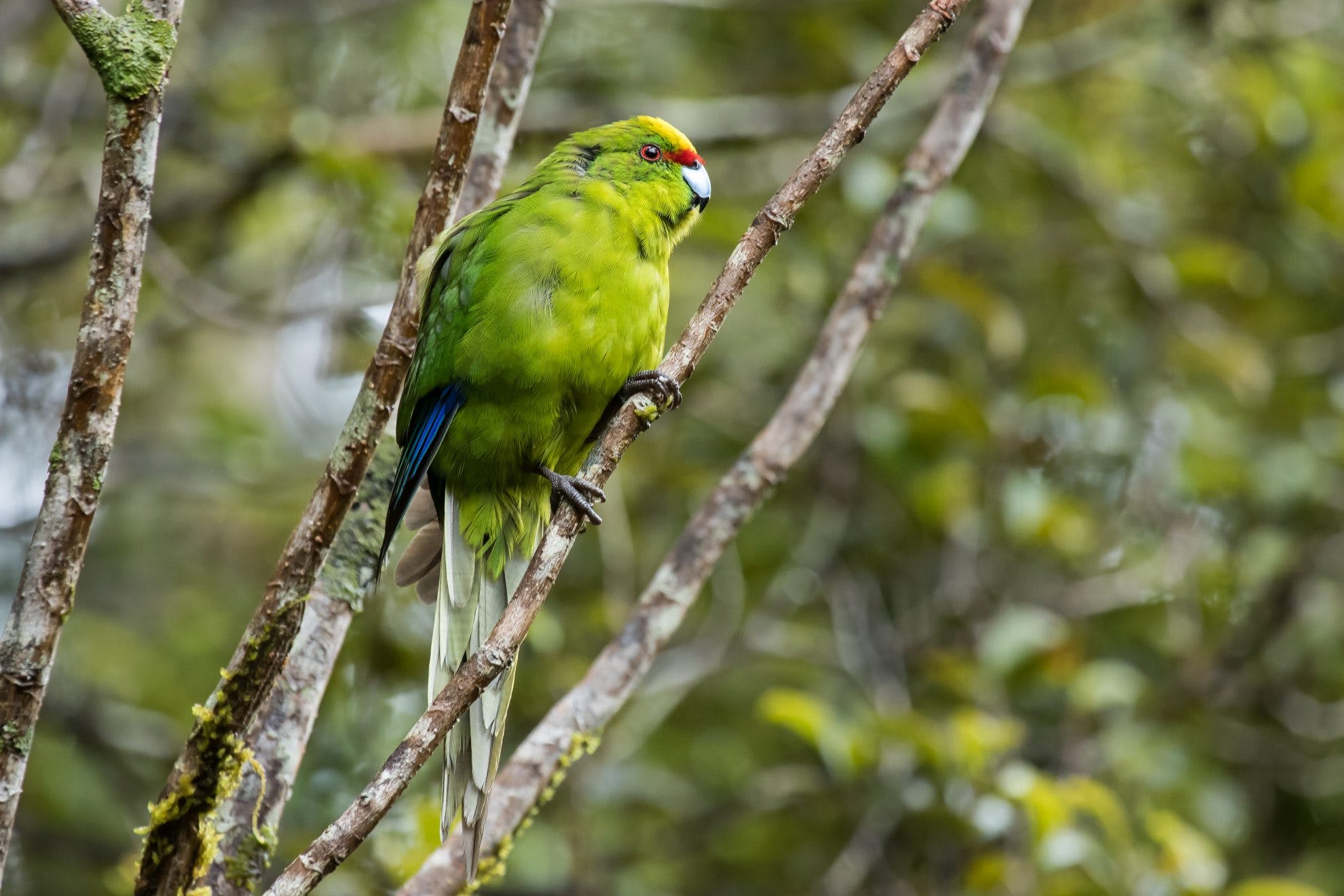 Yellow-crowned parakeets can be found on the Routeburn Track. Photo: Matt Winter[/caption] The yellow-crowned parakeet is a canopy-dwelling species and is often heard well before you see it. Its most common call is a raucous, frantic chatter. Eastern Fiordland and west Otago are two areas of New Zealand where reasonably healthy populations of this parakeet exist and as such, the Routeburn Track provides good opportunities to observe them. During beech mast years, kakariki become quite abundant. Kaka [caption id="attachment_68863" align="aligncenter" width="1980"] 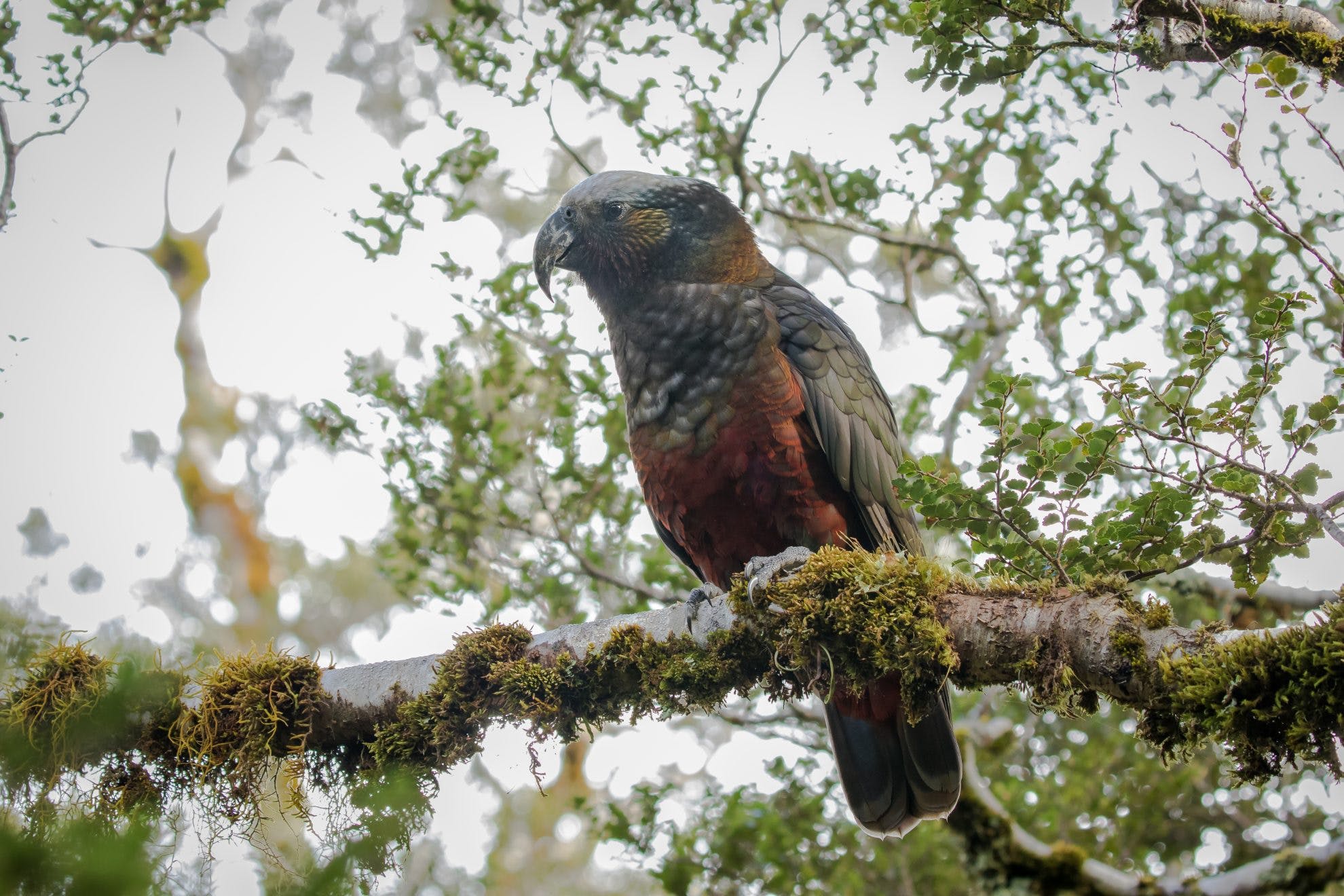 Kaka can be found on the Paparoa Track. Photo: Matt Winter[/caption] The new Paparoa Track has vast areas of untouched native bush – ideal habitat for kaka. Living mainly in the canopy of mature native bush and seldom venturing to ground level, kaka will often give their presence away by dropping fruit casings, bark, twigs and leaves onto the ground as they forage. Listen out for their loud and harsh ‘kraarrks’ and ‘kraas’. Brown creeper/pipipi [caption id="attachment_68864" align="aligncenter" width="1980"] 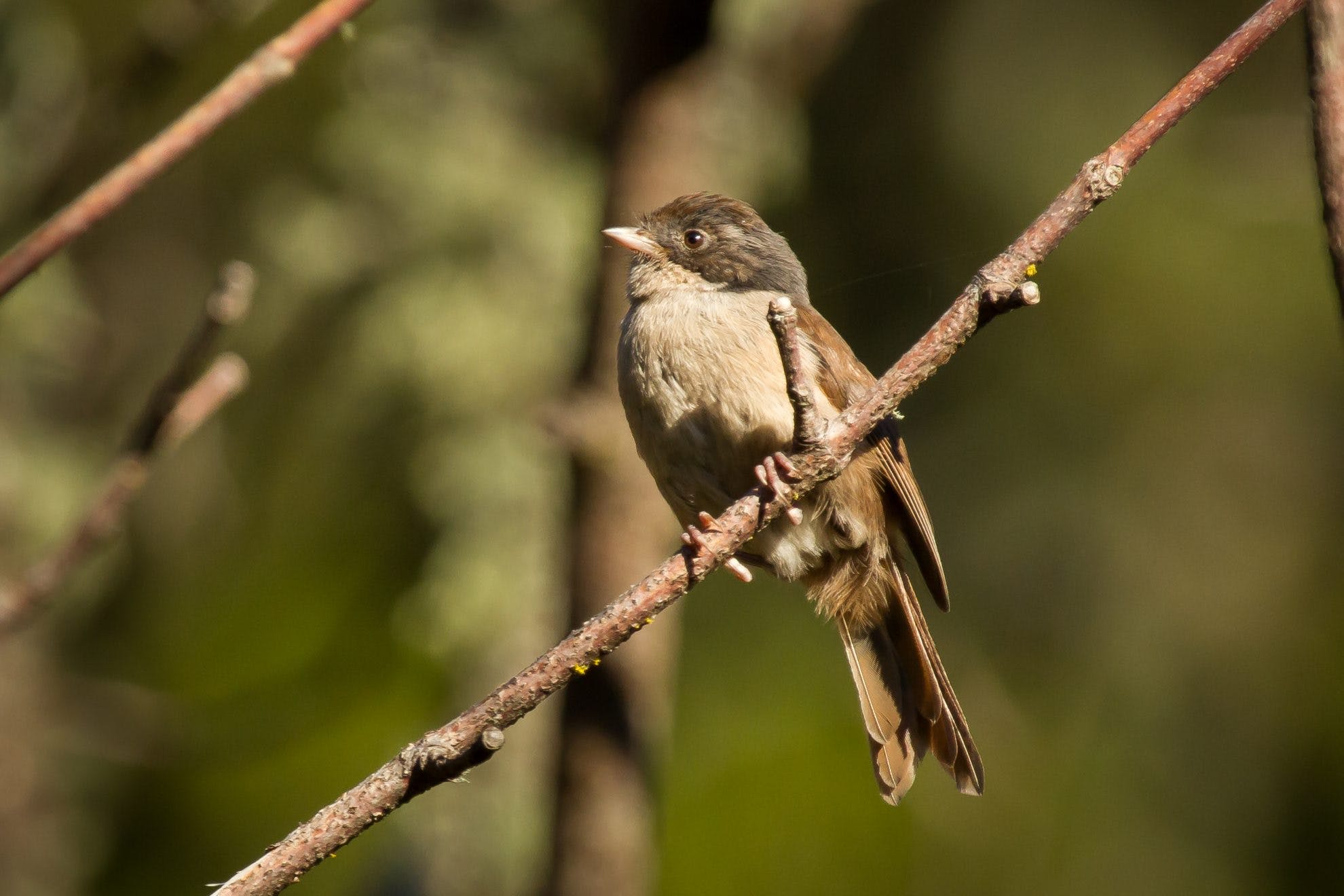 The brown creeper is found on the Kepler Track. Photo: Matt Winter[/caption] Living anywhere from sea level to the bushline throughout the South Island, brown creepers, while not a threatened species, are a very localised bird and not as common a sight as its classification suggests. Getting around in flocks, they can be easily located by fairly constant chattering contact calls.