Saved from the axe over 50 years ago, Herbert Forest is one of the last native forests of north-east Otago.

In the 1960s, a small act of defiance saved what is likely the last remaining podocarp forest on the east coast of the South Island.

When Ian Davies was a young forest ranger in North Otago nearly 50 years ago, he and a group of his co-workers were tasked with killing a cross section of rimu and podocarp in Herbert Forest, just south of Oamaru. They were told to cut notches in the trees, and dose them with a teaspoon of poison.

“We were set up with our axes and poison, and we looked at these trees and we said, ‘we aren’t going to poison these trees and underplant them with Douglas fir – it’s just not the right thing to do’,” said Davies.

They knew they wouldn’t have much luck going straight to their forestry bosses in Dunedin, so instead went to a local member of parliament, who then raised the issue with the minister of forestry.

“It went through the chain, and the guys in Dunedin got cold feet on the idea and said, ‘Oh no, we’re not poisoning native bush’; which is of course, what their orders were,” Davies said.

Davies was then asked by the district ranger to figure out what to do with the newly protected forest. He said that at the time, there were school groups that would camp out nearby, and he would often spend half a day with them, telling them about forestry and the native bush. So, he decided he’d cut an official track through the forest. 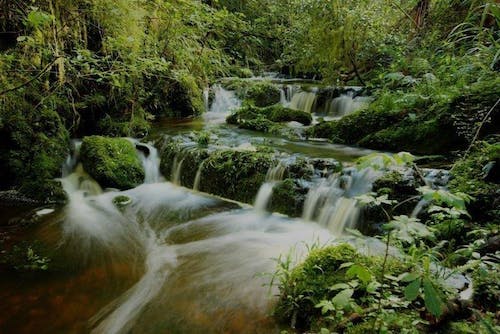 Herbert Forest is about 1600ha and half of that was indigenous forest. Starting in 1965, Davies and a team of about a dozen would form new tracks when the weather was too wet to do other work. The result was 15km of walking tracks that lead through ancient podocarp stands of rimu, kahikatea, matai, miro and totara trees.

“I think it’s one of the assets to the area. It’s the last remnant of good podocarp forest on the east coast of the South Island between Dunedin and Christchurch,” Davies said. “Part of my personal motivation at the time was, we were getting lots and lots of school kids going through the forest, and the more kids you can get interested in native forest and protecting forest, the better.”

The land was eventually sold to Blakely Pacific, an American forestry company that agreed to protect the indigenous forest. The North Otago Tramping and Mountaineering Club (NOTMC) then partnered with the company to manage the recreation area; club volunteers maintain the tracks, while the forestry company provides resources and materials for projects.

John Chetwin from the tramping club helps to organise guided walks, and says it’s good to educate people about the area.

“It’s one of those little gems, hidden away. It’s not in the DOC landscape, so it doesn’t get that kind of publicity,” he said. In addition to trail maintenance, the club has recently started trapping predators.

For the past six years, the NOTMC has been running guided tours once a year through the Herbert Forest to help familiarise locals with the trails.

“It has attracted a lot of interest, locally, from people. Some of them remember the tracks but didn’t realise they were still there – let alone usable – and there’s a new generation who are just discovering the area,” Chetwin said.

This year’s walk falls on April 9, and the club plans to have about 20 volunteers on site to guide people through the forest. Forest & Bird will also have two volunteers on hand, offering botanical walks to educate people about the flora of the region.

There are a few different trails in the forest, all between one and four hour’s walking time. Chetwin said the tracks are in good condition and suitable for all ages, but that people should come prepared with tramping shoes or boots.

For more information about the guided walk, visit the NOTMC website: www.notmc.org.nz.