THE MATUKU Link is not pristine, insists John Staniland.

Rather, it’s the result of many decades of devoted conservation energy.

“Pristine means totally untouched. Nothing in Auckland is pristine. But this – this is healthy regenerating land,” Staniland says adamantly, looking over the lush bush that neighbours his home at Bethell’s Beach.

A retired schoolteacher, Staniland is unabashedly passionate about Matuku Reserve, a 120ha forest and wetland sanctuary next to Bethell’s Beach. It’s home to native birds such as the matuku (bittern), fernbird, and spotless crake, and has more than 250 plant species, from wetland lillies, orchids and broadleaf trees to native kauri and tanekaha on the ridges.

“For years, I’ve loved Matuku Reserve,” Staniland says. His dedication to the area has earned him the nickname ‘Lord Mayor of Matuku’. His license plate, which reads ‘MATUKU’, just confirms his devotion.

The Matuku Link is a 37ha slice of land between the 120ha Matuku Reserve and the Forest Ridge Project. The owners put it up for sale in early 2016, and thanks to donations from conservation groups, DOC, and members of the public, the land was purchased and secured for conservation land.

“It’s just a dream come true. This is really the culmination of years of work. It’s the icing on the cake, and I think I can now die happy,” Staniland says. 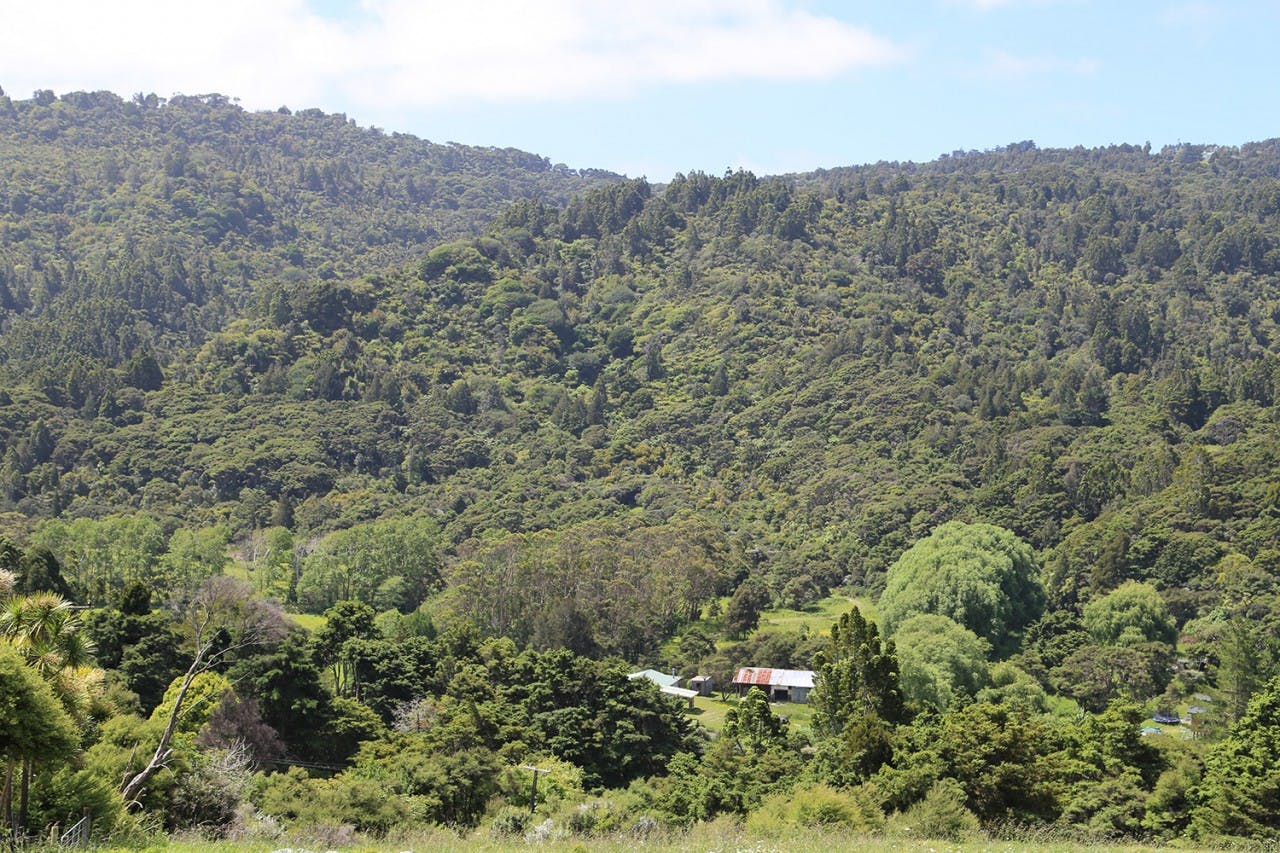 There are three walking tracks in the reserve. Photo: Meghan Walker

The land is a vital piece of the puzzle, he says, because it’s right at the eastern head of the protected and regenerating wetlands of Matuku and Te Henga.

“It ticks so many boxes. It’s good quality forest land, with predator control, and it will be a safe passage through to Matuku Reserve,” says Staniland. “It could not have supported the level of wildlife that it will now be able to do had we not purchased this land.”

In an effort that draws parallels to the famous public purchase of Awaroa Beach in Abel Tasman National Park (in which the public raised $2m to save a beach from private ownership), the Matuku Link Trust raised $1.26m in a 10-week Givealittle campaign to help pay for the land. Large donations from the Native Forest Restoration Trust ($450,000), and DOC’s Nature Heritage Fund ($300,000) helped with the lion’s share of the goal, plus about $120,000 from the general public.

“It was the number of people that believed in us that really heartened us,” Staniland says.

Since the end of the kauri logging days, the area around Bethells has undergone a significant transformation. The nearby Cascade Kauri Park has a thriving conservation project, Ark in the Park, and the Matuku Reserve holds 120ha of forest and wetland sanctuary. While the reserve is just on the edge of the Bethell’s Valley, the only access has been via the northern ridgeline boundary down the unsealed Jonkers Road.

There are three walking tracks in the reserve, but not many people take advantage of them, according to Staniland – partly due to the difficulty of getting there. It’s traditionally been conservation workers and scientists who visit, carrying out predator control programmes and monitoring native species. But, Staniland hopes that will change with the opening of the Matuku Link, which will open up public access considerably. Visitors and workers will now be able to visit the reserve via the Bethell’s Valley side, rather than having to snake their way along the rough ridge road and down steep slopes to the flatter wetlands.

To the west of Matuku Reserve is Habitat Te Henga, the largest remaining wetland in Auckland, managed by Forest and Bird. The land is home to bittern, fernbird and spotless crake and pāteke (brown teal).

The Link property includes a three-bedroom house and barn, which Staniland says will be used by researchers, conservation workers, and school groups. The Matuku Link Trust will continue to manage the land, along with Forest and Bird and other conservation groups.

“There will be displays and wetland interpretations – that’s one of the reasons we wanted this land,” Staniland says.

The next phase for the Matuku Link Trust is to start predator control and flood the low-lying wetland area in an effort to enhance biodiversity.

The trust will host an open day on February 4 for people to see the property.