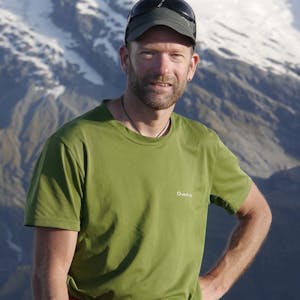 Sitting at 2200m on Aoraki/Mt Cook’s Grand Plateau, Plateau Hut is the most popular base for climbers planning an ascent of our highest mountain. On January 21, along with Jamie Vinton-Boot and Matt Quirke, I departed the hut and crossed the plateau en route to a bivy site high on Aoraki.

Roped together, we sweated our way up the Linda Glacier in the midday heat. We barely lifted our heads when we heard the sound of a colossal avalanche – they’re common in New Zealand’s steep and heavily glaciated peaks, but when we saw billowing dust clouds we took a bit more notice.

The scale of the avalanche became clear when we reached our bivy site at the base of the upper Bowie Ridge and had a clear view of the Grand Plateau. Weakened by substantial rainfall and warm temperatures, a substantial section of the ridge joining Mts Dixon and Haast had collapsed and avalanched a vertical kilometre and 3km horizontally, coming within only a couple of hundred metres of the hut, at which over a dozen climbers were present. Senior engineering geologist Graham Hancox described the incident as a ‘landscape-changing event’, and estimated the debris to be more than one million litres.

These collapses are a natural part of Earth’s ‘mountain building’ process, but with at least five significant events in as many years, one wonders if the process is accelerating due to a warming planet.

Only slightly rattled at our near miss, we continued our ascent the following day and enjoyed a unique view of nature’s unpredictability from the summit of Aoraki.

Or, subscribe now and receive a compact first aid kit.

Buy an annual print+website or website-only subscription and we’ll gift you a Lifesystems Trek First Aid kit worth $40 (NZ subscribers only). This compact kit has everything you need for your outdoor adventures. Simply use coupon code ‘firstaid‘ at checkout.

Option 1: Buy an annual website-only or print+website subscription and throw in a Lifesystems Trek First Aid Kit worth $40. At checkout, use coupon ‘lifesystems‘