The largest suspension bridge in the country has seen more than 1400 pairs of feet since it opened in late November and is described as ‘quite lively’ by the engineer who designed it.

The 148.8m-long bridge above the Heaphy River near the junction with the Lewis River, is the largest of its kind in New Zealand and has been built to improve the mountain biking experience of the track as well as to replace two other bridges that were nearing the end of their life span.

There is a 142m suspension bridge on the Pureora Timber Trail in the Waikato and a 94m long bridge over the Waiohine Gorge in Tararua Forest Park.

Due to the 98m span – the distance between the two towers – the bridge can be an interesting experience said Jonathan Calder, the DOC engineer who designed the bridge. “It’s a reasonably lively bridge. It bounces and twists due to the lightweight nature of the structure.”

The bridge weighs around 20 tonnes, around half the weight of a steel front country bridge. Calder said he was slightly anxious about how it would handle mountain bikers riding across. “A bike tends to be a reasonably constant linear load on a bridge so it should be fine,” he said. “We’re just waiting to see.”

Mountain bikers can access the Heaphy Track during the off-season. If the bridge twists too much, Calder said a torsion frame can be attached to its underside.

The bridge took 15 days to build in November last year and required 50 tonnes of concrete foundations for the 11m-tall towers. DOC’s Buller Area project manager Eric de Boer said material for the concrete was sourced directly from the Heaphy River, lessening the impact on the environment.

“You can either get a concrete truck to drive up as far as the road goes and put the concrete on a helicopter to fly it in, or you take the next step and make the concrete right there,” de Boer said. “We crushed our own gravel and sand and mixed it there with machinery and by hand.”

De Boer said feedback from users had been good. “The word stunning is used a lot because it is a good looking bridge in a natural environment.”

The bridge was built by Abseil Access, which has built 16 bridges in the past eight years, including the Waiohine Gorge bridge.

Heathy bridge by the numbers

Capacity: 10 people at a time 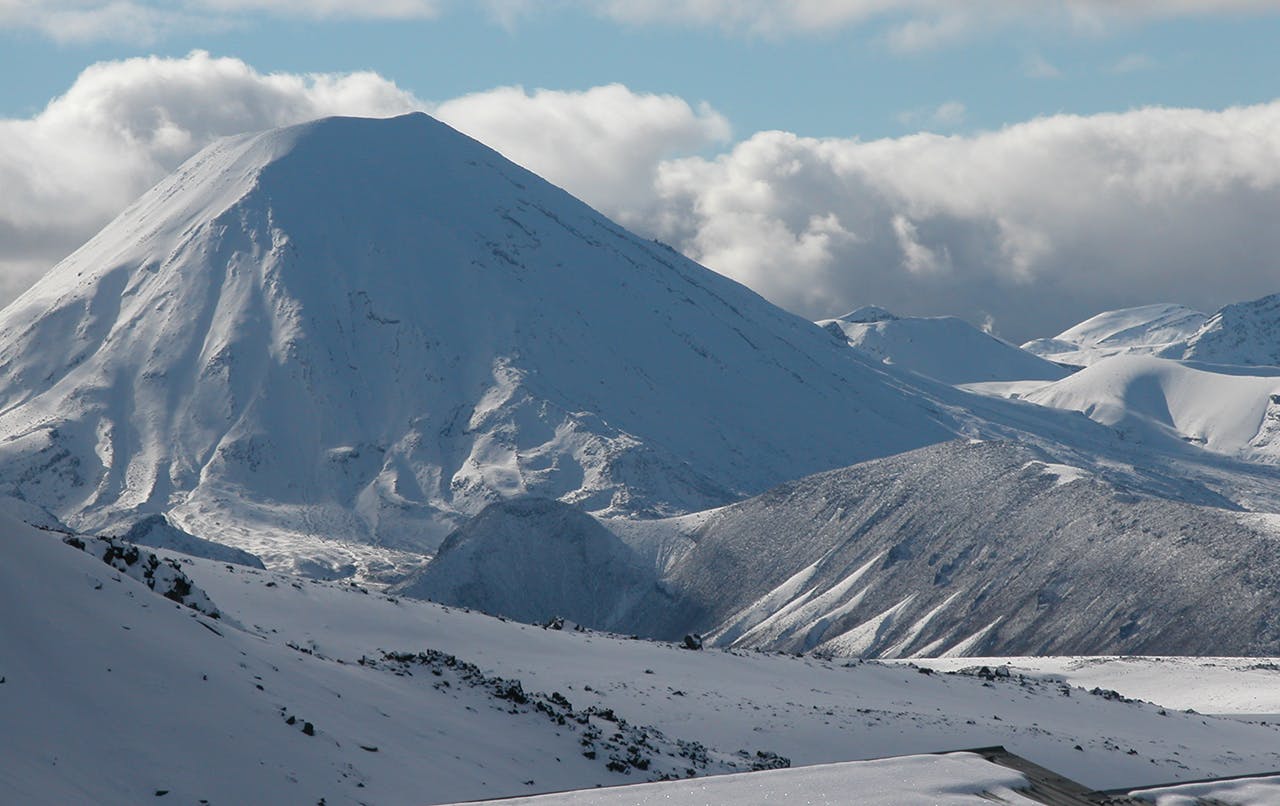 Follow in the footsteps of Hobbits – from Matamata to Mt Doom/Mt Ngauruhoe. Photo: Alistair Hall

A dark force has stolen DOC’s imagination and something must be done to reclaim it.

Auckland Associated Mountain Clubs president Bryan Dudley is proposing a journey from Hobbiton in Matatmata to Mt Doom/Ngauruhoe in Tongariro National Park to retake the imagination.

Dudley is disappointed by DOC’s draft Conservation Management Strategies (CMS) for Northland, Auckland and Waikato which are currently open for public submission.

The CMS drafts include DOC’s ideas and suggestions for recreation in the three conservancies of the upper North Island.

Bryan Dudley read them and said they lack imagination.

“The drafts discuss what is happening in the next 12 years, a few improvements, but in reality virtually nothing new from a recreational point of view,” Dudley said. “What is really needed is a grand plan like a track from Rotorua to the tip of the Coromandel.

“Or if they really want an idea with imagination how about a track from Hobbiton to Mt Doom? It would be pretty easy to make – it could go down to the Waikato River, join the Waikato River Trail, go along the Waikato and then west onto the Te Araroa Trail and that would take you to Mt Doom.

“It would be one of those tracks that if you did it properly it would be a massive revenue earner.”

Dudley would also like new tracks in the Coromandel linking its watersheds so more of the land can be used for recreation.

However, despite his criticisms Dudley is pleased by some of DOC’s suggestions.

For example, in the CMS for Waikato, DOC floated the idea of a two to four day walk from the Thames Coast through Kauaeranga Valley to Broken Hills with a new hut on the Hihi-Motutapere-Kaitarakihi track network.

The CMS document also stated there is ‘significant potential’ for a Great Walk-style multi-day walk along Wharekirauponga and Wentworth Tracks.

A new hut on Mt Pirongia was also suggested.

The Auckland CMS document suggested developing a multi-day walk in the Hauraki Gulf with overnight stay options on Motutapu and Rangitoto Islands.

While these are step in the right direction, Dudley says it’s not enough.

“The North is already short of outdoor facilities and this proposal is a bit of a tinker with what already exists,” he said.

“As the Auckland/Waikato area is expanding rapidly, this lack of real recreational development will put us even further behind.”

Too good to be true 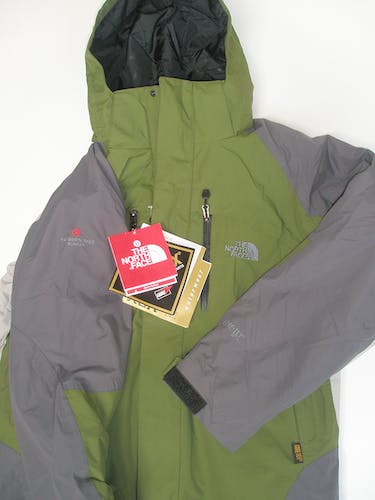 The man said he was selling fake TNF jackets at the rate of 100 a day. Photo: Supplied

If it sounds too good to be true, chances are it is. That’s the hard lesson potentially thousands of Wellingtonians have to face up to after unwittingly purchasing fake The North Face (TNF) alpine jackets.

Lawyers working for TNF have served a Wellington man with a cease and desist letter to stop him from selling more of the counterfeit Summit Series alpine jacket.

When he found out, he asked friends in Wellington to purchase one of the jackets and to get information from the man selling them. The businessman was selling them for $200 each and told Peak’s friends he was selling 100 jackets a day. A genuine TNF Summit Series jacket costs upwards of $500.

Peak examined the jacket and found it was a poorly finished counterfeit and the fabric labelled Gore-Tex was also fake.

“Counterfeit product not only gives people bad experiences, turning them away from brands, but can also be potentially life threatening,” he said. “If someone thinks they have purchased a genuine jacket from the world’s largest outdoor company – The North Face – and heads away believing they’re prepared for adverse conditions, they might get hypothermia because the product doesn’t stand up.”

Barry Godfrey, the Wellington businessman who sold the jackets, refused to talk to Wilderness, but his solicitor Tony Pietras said Godfrey did not know the jackets were counterfeit.

“He picked up the stock in Vietnam from someone who looked real,” Pietras said. “He thought it was good and brought it back, but there was a complaint so he handed over the stock and said he was sorry.

“We gave the [TNF lawyers] the business card of the person he purchased them off.”

Wilderness asked how many of the counterfeit jackets Godfrey sold, but Pietras has not yet replied.

Peak expects to see more counterfeit product in New Zealand due to the growth of international brands.

“People are hunting around for the best deal on the Internet and in many cases they’re going to be fooled into buying counterfeit product,” he says. “This is very concerning if someone is heading into the hills and they get caught out.”

Signs of a fake TNF jacket 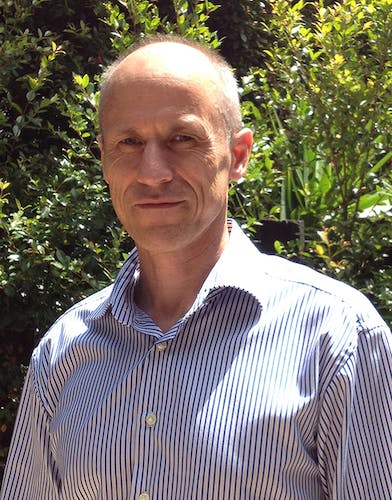 DOC’s decision to remove its outdoor intentions books from its visitor centres has led to another new intentions service being created to fill the hole.

The Safety Outdoors online system brings to three the number of intentions system trampers can use to keep people updated on their movements in the outdoors. The other two are Mountain Safety Council’s Adventure Smart system and search and rescue veterans Don Schwass and George Turner’s Adventure Buddy system.

Safety Outdoors launched in January and is the brainchild of Auckland technology developer Stuart Fraser.

Fraser has been tramping and surfing for 20 years and said when he heard DOC was removing its intention books from visitor centres around the country he began thinking about a technological solution.

He consulted search and rescue personnel and learned one of the main reasons people don’t leave their intentions before going into the outdoors is because there’s nothing simple for them to do.

“The simplest means for people to leave their intentions is to either make a phone call or to send a text,” Fraser said. “So I created a system that offers the convenience of texting or calling a toll free number, as well as registering online, with your intentions.

“There’s no need to send an email or to have an internet connection and it allows for any change of plans or last minute decisions.”

Once he’s received someone’s intentions, Fraser registers the activity details and sends for confirmation that the person has safely returned.

If he doesn’t hear back, and is unable to make contact, he checks every contact point provided and contacts the appropriate authority if necessary.

Fraser said Safety Outdoors simplifies it for both New Zealanders and international tourists to leave their intentions and gives them confidence knowing someone is watching out for them.

“We want New Zealanders to make this part of their outdoors routine and for tourists to be fully aware of the service when travelling,” Fraser said. “We want to encourage people to be responsible for their own safety.”

Safety Outdoors offers users several payment options for registering their intentions, starting from $10 and going up to $200 for an annual pass.