Te Anau has the tramping goods, there’s no doubt about it. But it also has another precious commodity: community.

Rob Rush lives out of town, but even so he doesn’t have far to commute to work each day. It’s just 2.5km and 90-seconds in the car from his home to the primary school in Te Anau where he is principal.

But what really makes him appreciate life in this small southern town is the two-minutes it takes him to drive to Lake Te Anau and get his kayak on the water at the weekend.

Most days Alina Suchanski doesn’t even bother with a car. Even though Te Anau is surrounded by steep-sided mountains, the town itself is “flat as a pancake” so she rides or walks most places.

Steve Norris leaves his car unlocked and the keys in the ignition.

Talk to Te Anau residents and a common theme soon emerges: it’s safe, kids still walk to school and people trust each other. It’s one of those ‘back in my day’ places your grandparents grew up in.

But that’s not why Te Anau was voted New Zealand’s top tramping town by Wilderness readers.

Right on the town’s doorstep is the 1.26 million hectare Fiordland National Park. As if that wasn’t enough, a little way to the south are the Takitimu Mountains and to the east is Mavora Lakes Park. Within the valleys, ranges, peaks and ridges of these three areas is an embarrassment of tramping 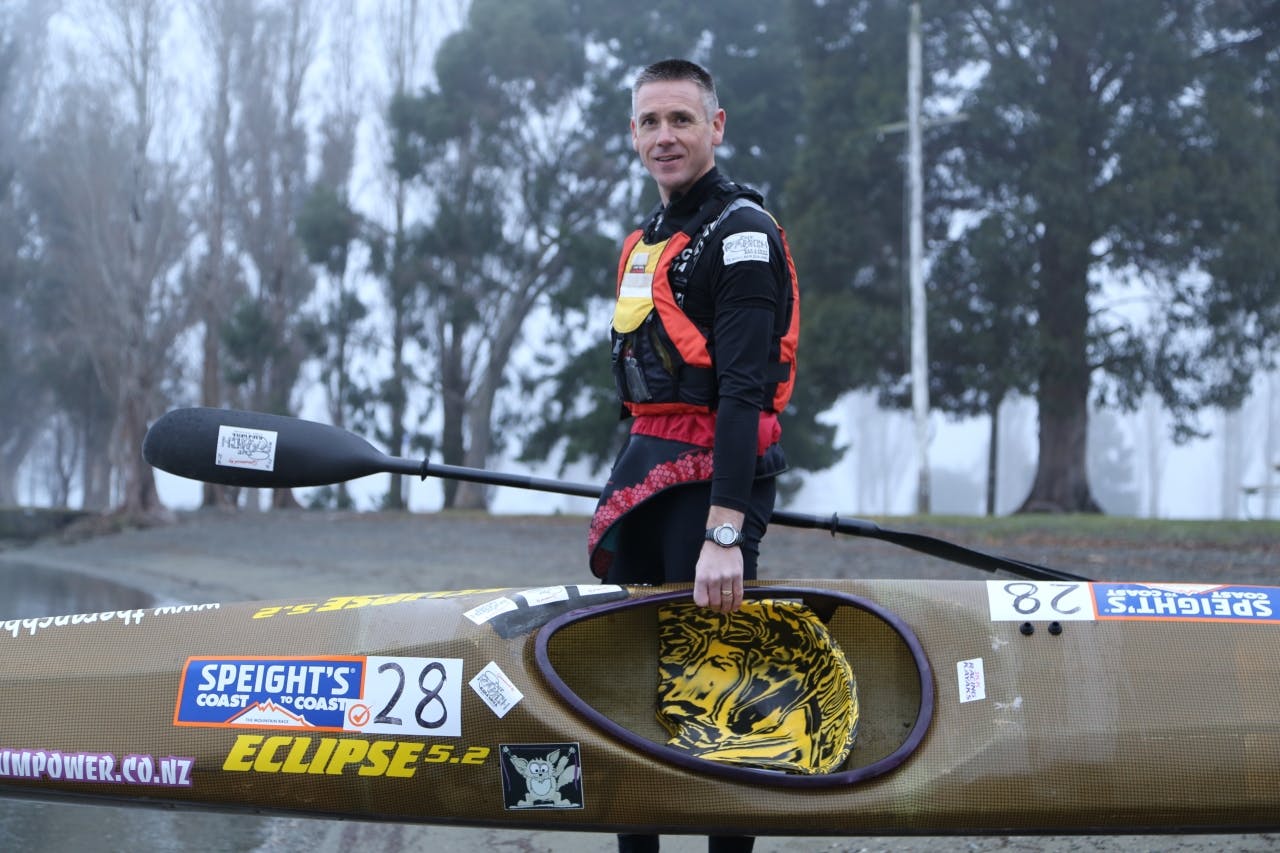 And with all that comes unutterably spectacular scenery.

“Its breathtaking beauty gets me every day,” says Suchanski, who moved to the town from Christchurch seven years ago with a dream of living more self-sufficiently. “Every morning as I open the curtains and look at Mt Luxmore in the distance, I smile and think to myself ‘I live here’.”

Suchanski grows blueberries and raspberries on a block of land she bought with her partner, who died just weeks before their move to the town. As heart breaking as that tragedy was, she decided to continue with the move. She has no regrets: “Te Anau is one of the best places to live in the world,” she says. “It is so small you can get anywhere on foot or by bike in five minutes, yet it has everything I need in terms of shopping, medical care and entertainment.”

Suchanski joined the Fiordland Tramping and Outdoor Recreation Club as soon as she arrived and says the tramping opportunities are “simply fabulous”.  “The possibilities seem endless. I have done many of the tracks multiple times, but there are still plenty left for me to do.”

He rates the tramping in Te Anau as second to none: “It has some of the most diverse tramping experiences in a small geographic area that you could get anywhere in the country,” he says. “From the road in two hours you can have a full alpine experience. Equally, half an hour down the road you can have a podocarp forest or eastern beech forest experience.

“It’s all very accessible – I can’t think of anywhere else in the country where you can start a track like the Kepler straight from town.”

Though the Milford, Routeburn and Kepler Great Walks are the star attractions, it’s worth pointing out the numerous other opportunities in the area, most of which DOC’s Ken Bradley says are “under-utilised”. There’s Lake Marian, Mistake Creek and U Pass, Key Summit, lakeside huts reachable by kayak or boat from Te Anau and the absolute cracker of a day hike that is Gertrude Saddle. “That’s one of the most stunning alpine walks you can do,” says Crawford. Suchanski agrees, calling it “the best day trip in Fiordland”. 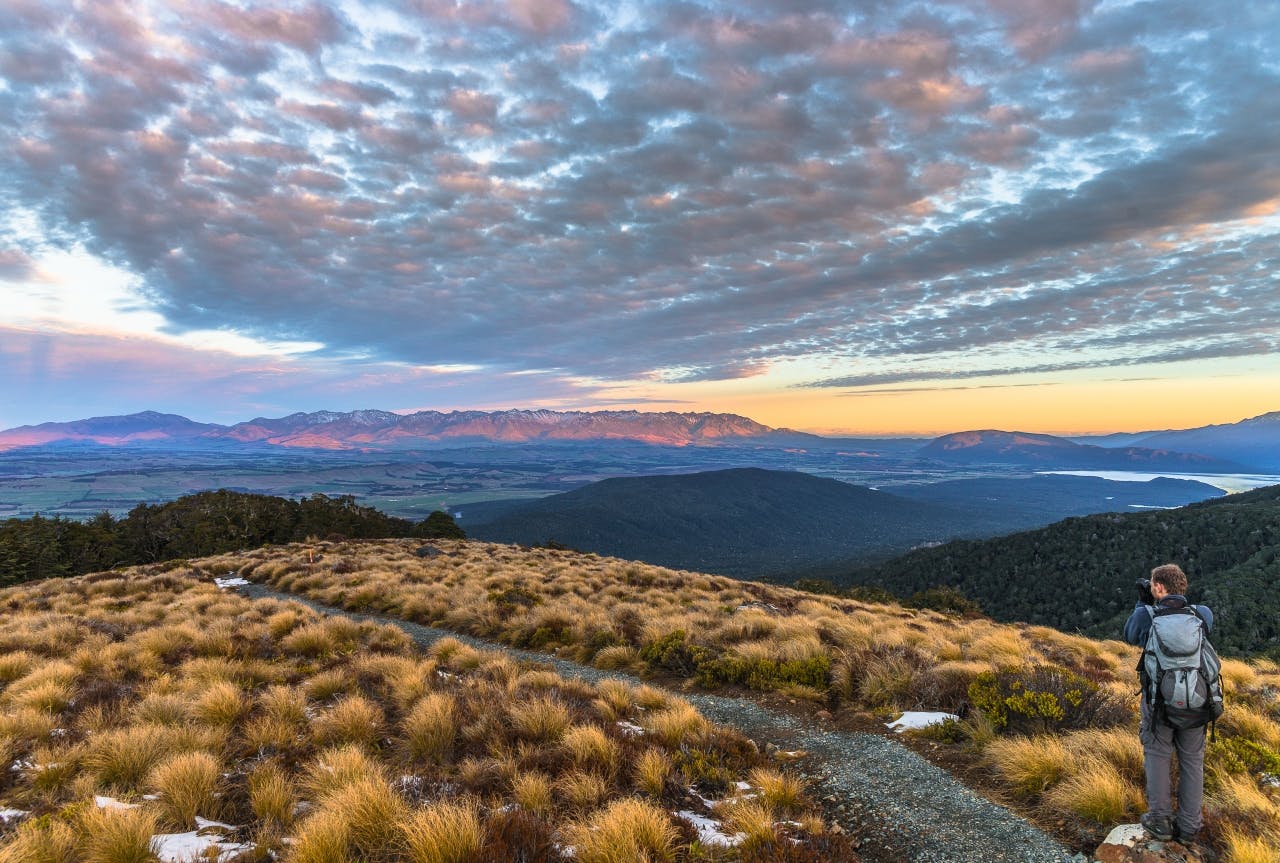 At sunrise and sunset the views look even more spectacular.

Crawford moved to Te Anau with his family when he realised he couldn’t continue to spend seven months of the year guiding while his wife and children lived in Kerikeri. “It was one of the better calls I’ve made,” he says. “I don’t have to lock the doors. I don’t lock the car. When my kids were little I didn’t have to worry about them walking home alone, even if it was dark.

“There’s a real strong sense of community down here. For me that’s first and foremost.”

It’s that sense of community, along with the outdoor opportunities, that attracted Rob Rush, 35. This year will be the tenth in a row that he’s run the Kepler Challenge.

“I would never have visited if it weren’t for the Kepler Challenge,” he says. “When I visited I would notice the amount of volunteers the event would generate. I could see they really enjoyed seeing everyone come and be part of it, showcasing the environment they live in.”

When the principal’s position at the primary school came up in 2011, he threw his name in the hat and was only too happy to move his family from Timaru. He hasn’t looked back. “Since moving here we have bought a boat for water skiing and fishing, and I have gone to places I could only have dreamed about,” he says. “I have been into the mountains, on rivers, lakes and the bush throughout Fiordland National Park.”
He’s also sold one his cars because he found it just sat in the garage collecting dust.

That’s symbolic of just how small Te Anau (pop. 2000) is. The town has a high street, two amazing pie shops, and a whole heap of hotels and B&Bs, but during the off-season many close, as do a lot of the shops and restaurants whose owners escape the slow trade of winter. But small is what Rush likes about the town. “Te Anau is big enough for you to have your own life without people knowing all your business but small enough for people to care,” says Rush, who knows all his 195 students and their parents by name. 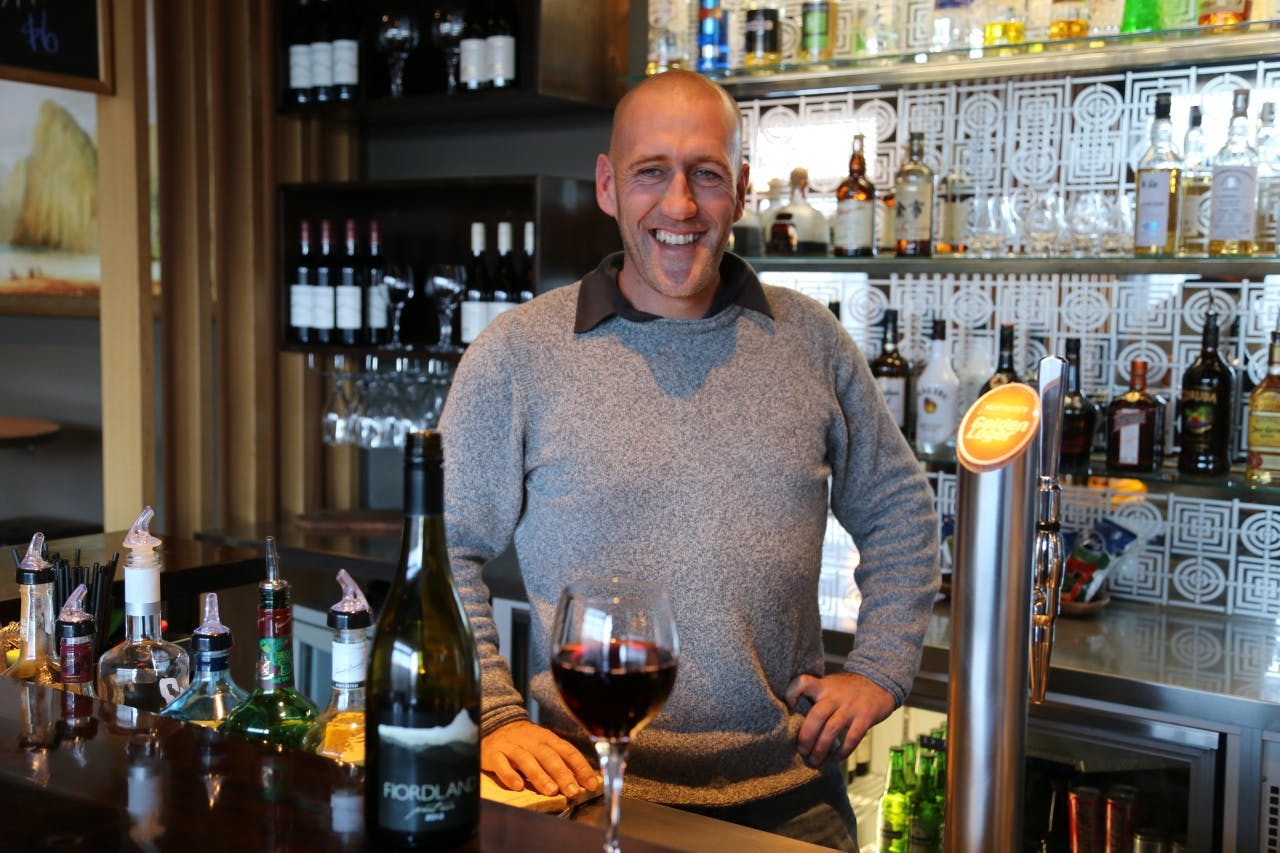 Bar Manager Bard Crawford rates the tramping in Te Anau as second to none.

A good measure of how much they care can be seen in the various volunteer opportunities in the area. DOC’s Ken Bradley says he’ll get 10,000 volunteer hours this summer alone – equivalent to around five full-time staff.

Volunteers are also essential to the Kepler Challenge. The event is so popular it sells out in times usually associated with touring rock bands. This year, all 650 spots on the Challenge and Luxmore Grunt were snapped up in a record four-and-a-half minutes. With each runner bringing on average two supporters, the race is a boon to the town, more than doubling the population over the December weekend it is held.

“Everyone knows it brings a lot of people in,” says Kepler Challenge organising committee chairman Steve Norris, who also runs Trips and Tramps. It seems everyone in town gets behind the race, ensuring it’s a success by manning the refreshment stations, often in fancy dress and bringing their own home-baked food to help runners make the finish line. Because the race is community owned, all profits are pumped back into the community. In the last six years, the Kepler Challenge Trust has distributed more than $70,000 to local groups, including $10,000 towards a community shuttle, $6000 to the Kids Restore Kepler conservation programme and $15,000 for the community pool.

As with many things in Te Anau, it’s all about the community.

But a new proposal to allow mountain biking on parts of the Kepler and possible Milford might test just how resilient the community spirit in Te Anau is. So far the discussions held by DOC on the proposal have revealed the town equally divided over the issue. Those in favour believe it will bring more people to Te Anau during the dead months of winter, while those opposed believe bikers will crowd them out of their favourite walk. Without a clear consensus, any decision will need to be made at the next park management plan review in 2017.

Bradley is one of those keen to see the national park opened to mountain biking. “Off-season on parts of the Kepler and Milford would be great for Te Anau. It would bring people here,” he says.

And that’s really the only downside to Te Anau: in winter, it’s like a ghost town.

But that’s not necessarily a bad thing, says Crawford, as he sips his pinot noir. “I see it as a positive. We work flat out over summer with our long days and in winter it’s a more quiet time. More ‘you’ time.”