Why are so many of New Zealand’s natural features left unnamed and how easy would it be to name a few yourself? Wilderness goes in search of the answers

“Wow – that mountain looks amazing!” says your tramping buddy looking up from the valley floor. “Would love to climb that one day. Let’s make a note of it – where is it on the map?”

You scan the map with your finger, trying to match its squiggly lines to the shape of the surrounding landscape. “Ah yes,” you say. “I’ve got it.”

You may have spotted scores of summits like this on your travels – majestic in appearance but represented only by their height. Lakes, rocks and streams are often nameless too. In fact, most natural features in the country have no name, which seems odd.

Can no-one be bothered? Are there just too many? And would it be possible for a natural feature to be named after me?

The answers lie with the New Zealand Geographic Board (NZGB) whose job it is to approve or reject any name proposal for a natural feature that comes its way.

Gone are the early pioneer days when a bearded man chewing tobacco in a cowboy hat would ride gallantly into a valley, point at a mountain, lake or river and name it after his home town, his sweetheart or, if he was particularly modest, himself.

This blasé system led to the major natural features being named with haste, making it far easier for cartographers to reference particular landmarks, and ensuring the names of the early pioneers and the towns they came from were never forgotten.

But those days are long gone. There’s now a strict set of guidelines ensuring you can’t name places for the sake of it, you can’t name anything after a living person and if you did decide to propose a new name it could take years to become official.

So why have they stopped our fun? What would be the harm in a McCaw Top, a Jesse Ryder Ridge or the Pike Pinnacles?

Secretary to the NZGB Wendy Shaw says having no standardised rules would lead to all sorts of problems. “If we didn’t have guidelines, names could be duplicated,” she explains. “This could cause great confusion for emergency services trying to determine where someone is.

“People may also use descriptions that they shouldn’t and some names could be offensive.”

Everyone will have encountered names that today seem inappropriate, but the board is careful not to change names that have already become established.

Shaw sites an example in Antarctica (a region for which the board is also partly responsible for name acceptance). “There’s a place called Nigger Head,” she says. “Nigger was the name of one of Scott’s dogs. The name would now not be acceptable, but I don’t think the board would change it now, because of its historical context.” New Zealand also has a Nigger Head, as well as a Nigger Stream, Hut and Hill, though the origins of these names aren’t certain.

Ensuring there’s no Maori alternative is also a consideration for Shaw and the rest of the board. “If the feature has an original Maori name, the board has a responsibility to preserve it,” says Shaw.

“The board will also not entertain the idea of someone putting forward a name for a benefactor or for self interest.” This means that, no matter how much money individuals and companies may contribute to a region, we’ll never see a Mt Cadbury or a Speights River (however appealing those names may sound).

Yet despite the necessary restrictions, new names do appear and it’s certainly feasible for Joe Bloggs to name a natural feature if it’s commonly used by the locals or if someone deserves to be remembered in such a way.

“Anyone’s welcome to make a proposal, but it must meet requirements and they must have done their research – having made enquiries with local councils and iwi,” says Shaw.

“If you wish to use a personal name there must be local acceptance of that name. If the person has a long or hard to pronounce name the board has to consider the emergency services; if a quick response is required names need to be succinct and easily pronounceable.

“In New Zealand, we tend not to assign names until two years after the person has passed on. This is partly out of respect and it gives time to select a suitable feature.

“There are a few reasons why we don’t name things after living people – one is that we’ve aligned ourselves with international best practice. Another is it’s possible the person after whom the place is named could do something that discredits them later in life.

“Virtually every country has a naming authority and this ensures naming consistency. To have something named after you is a big deal – there needs to be a strong connection. Hillary Ridge was very appropriate because Sir Edmund Hillary and his party were the first to climb the south ridge of Aoraki.

“We also discussed whether to name a ridge on Mt Cook ‘Bryant Ridge’, after Dan Bryant, the mountaineer, but the board declined it because Bryant Rocks, close to the summit of Mt Egmont/Taranaki, was already named after him.” 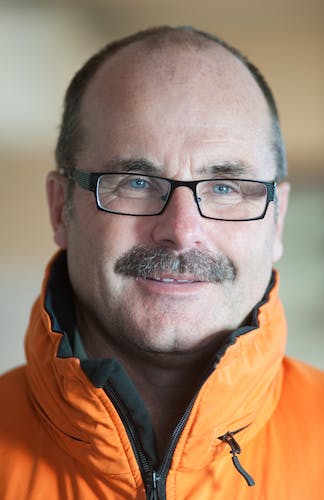 One of the few living New Zealanders to have a natural feature named after them is DOC’s director general Lou Sanson. Sanson Ridge isn’t in New Zealand, but in Antarctica where rules about naming natural features are somewhat relaxed. Prior to his current role at DOC, Sanson was chief executive of Antarctica New Zealand for more than 10 years and the accreditation is for his services to the region in that role.

There’s also the odd instance, even today, of people discovering natural features for the first time. Several years ago a large landslide blocked a section of the Young River, in Otago, forming a lake. A helicopter pilot was the first person to see this new lake.

“We were asked if the lake should be named after the pilot,” says Shaw. “But although the discoverer gets naming rights, they’re only allowed to name it after something, not themselves. If we were to name it after the pilot we would need to wait until two years after their death.” The lake wasn’t named, though still could be if a submission is made.

In The Remarkables, a previously unnamed summit has been named Mt Tuwhakaroria after the digging stick used by ancestor Rakaihautu to form the great southern lakes. Another mountain, Te Karearea Peak, has been named after the native falcon found in this area.

And a lake, also in The Remarkables, has been named Te Kohua (three-legged iron pot) recognising the importance of the gift from farmer Nathanael Chalmers to Ngai Tahu chief Reko for guiding him through Central Otago in 1853. The three peaks surrounding the lake represent the legs of the cooking pot.

The full list of requirements and details about proposing new names for natural features can be found at linz.govt.nz/placenames.

How to name a mountain after yourself in 10 easy steps