The distributor of the Merrell and Patagonia brands has opened a concept store in Takapuna, Auckland.

Christchurch-based Nevada Sport plans to showcase the full range of Merrell and Patagonia footwear and apparel available in New Zealand. The company also has a concept store in Queenstown.

Nic Floyd, Nevada Sport general manager, said the idea behind owning branded stores is two-fold: “It allows us to showcase the full range of products for both brands, while displaying the latest merchandising tools available to our [retailers].”
Floyd said the store would not compete against their retail partners. “Our experience in Queenstown shows it will have a positive effect on existing retailers,” he said. “We should complement these stores by raising the profile of the brands.”

Floyd said fans of Merrell and Patagonia are the main beneficiaries: “For the consumer, we’ll offer products which might not be available through our existing network.”

The Takapuna store is at 11 Hurstmere Road. 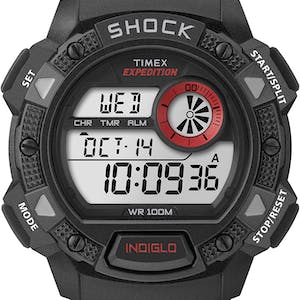 Timex has three new Expedition watches all designed to handle the rough and tumble of the outdoors. The Expedition Vibe Shock, Global Shock and Base Shock have reportedly been run over by a truck in order to test their toughness. That’s an unofficial test, but the watches have also met the more formal ISO shock test standard.

The watches perform various functions. The Vibe Shock ($219) features a vibrating alarm so even heavy sleepers or the hard of hearing will have no excuse for missing an alert. Global Shock ($219) provides times for 62 different cities and 30 time zones. And Base Shock ($169) is aimed at ‘novice adventurers’ and has all the usual features of a digital watch packed into a tough case. 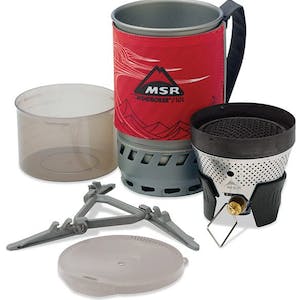 The WindBurner ($249.99, 432g) uses the same technology as the Reactor, but has a smaller pack size thanks to an improved heat exchanger design.

It comes with a 1-litre pot with lid and drinking/straining ports, insulated cosy with handle, pressure regulator for consistent fuel consumption and a glove friendly flame adjustment. 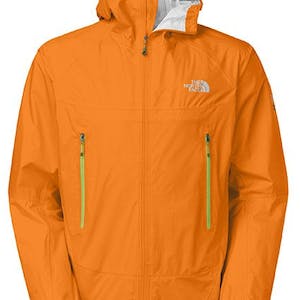 The race to produce the lightest waterproof jacket seems endless, though The North Face Verto Storm ($350) is surely a contender to end it once and for all – for this year at least.

The highly packable jacket – it packs into its own pocket – weighs just 200g and is the brand’s lightest hardshell. Made from 2.5-layer HyVent fabric, it has pockets positioned for access while wearing a pack or harness. A weight saving feature is the elastic bound hem, cuff and hood – not a drawcord in sight.