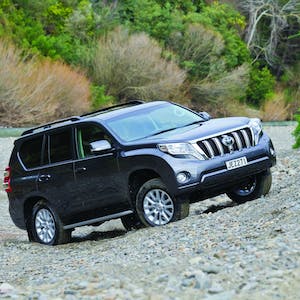 Tramping commutes aren’t what they used to be

Seasoned trampers who remember tired arms and a sore coccyx after clinging and bouncing for hours on the back of a metal-floored ute, may well laugh at the luxury of the modern-day tramping access vehicle.

Toyota recently released its latest Land Cruiser range. Its Prado VX Limited Diesel will set you back a whopping $99,990, but its luxuries are a world away from the arse-breaking machines of yesteryear.

Its seven seats offer enough legroom to satisfy a Whitelock family outing, and for those who have had enough of manually putting up the back seats, these ones operate with the press of a button.

Kids sick of The Rolling Stones and parents equally infuriated with the theme tune to Pepper Pig would all appreciate the infrared headphones allowing different music to be heard from the same system.

Passengers would also appreciate the rear-seat entertainment system, allowing them to watch DVDs, or even SD cards displaying videos of their trip on the way home.

Of all the clothing materials you would least likely wear when tramping, denim would be close to top of the list.

But Patagonia is hoping to change that with a new denim fabric made mostly from cotton (71 per cent), but with Coolmax fabric woven in (29 per cent) and a DWR (Durable Water Repellent) finish.

Denim is notorious for holding moisture and not keeping wearers warm when doing so. But Patagonia’s Performance jeans ($199.95) are said to wick moisture via the Coolmax component, but also repel moisture due to the fabric’s DWR.

The company, which has always had an environmental ethic, uses organic cotton and a dyeing and manufacturing process which it claims greatly reduces the environmental impact of traditional denim manufacture. 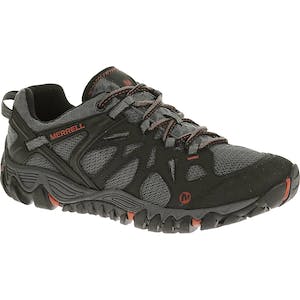 It always makes our eyes pop when gear manufacturers imbue their products with near spiritual attributes. Merrell claims its All Out Aero Sport hiking shoe ($199) to be ‘the fastest way to the top’. Surely, how fast you make it upwards actually depends on how fit, strong and agile you are, and how well you can overcome obstacles on the way.

Using the right gear can make a huge difference to your performance and enjoyment of the outdoors.

So, the Aero Sport. It weighs around 640g so won’t weigh you down, has a 5mm lugged Vibram outsole, a cushioned but firm Unifly midsole, precise Omni-fit lacing and moulded TPU heel to assist stability. There’s also a ventilated mesh upper and bellows tongue to keep grit out.

So, even if you do have to burst a lung getting to the top, these hiking shoes could make arrival a little less onerous.

Once you’ve downloaded the free MapToaster app from the iTunes store, a world – or, at least, a New Zealand – of topo maps is waiting to be found.

MapToaster’s app for iPad and iPhone includes a 1:250,000 scale topographical map of New Zealand, plus the availability of in-app purchase of 1:50.000 scale topo maps at $7.49 each for North and South islands.

The maps, which include tramper and expedition detail from Land Information NZ topographical maps, such as waterways, lakes, tracks, huts, 20m contours, natural and manmade ground cover, are stored on your device obviating the need for Wi-Fi or cellphone coverage.

Once downloaded, the maps can be used for a variety of devices, or deleted and restored later at no additional cost. 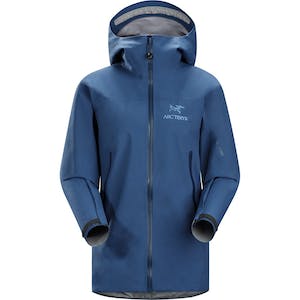 Manufacturers are forever refining designs to make fabrics that little bit lighter, more comfortable, or more practical. Arc’Teryx says Gore-Tex has just been made that little bit better with the Zeta AR jacket ($799.90) – the first in the Arc’Teryx line to use Gore C-Knit technology, in which the Gore-Tex membrane is bonded to a ‘dense, extremely thin circular knit’. Arc’Teryx says this makes the jacket lighter and more breathable than previous models, with a smooth texture that makes it easy to slide on and off.