Back in July when Cactus Outdoor bought the apparel manufacturer Albion Clothing Limited, company director Ben Kepes said: “There are lots of people who have said in past years that you can’t do manufacturing in New Zealand, it’s dying. I guess we’re maybe calling their bluff.”

For Kepes, the announcement is a vindication of 27 years of manufacturing outdoor gear in New Zealand. “If we had come out at this point in time saying one of the other New Zealand-made brands was making stuff at Albion, people would have said ‘oh, that’s nice but it doesn’t actually prove anything’. But when you have a billion-dollar-a-year business deciding to bring some stuff back home and making it here, that absolutely is a vindication that the mission we’ve been on for 27 years was the right mission to be on.”

Kathmandu has partnered with Albion Clothing to make a line of certified ‘Buy NZ Made’ products which will be available in Kathmandu stores from Thursday, November 21 – which coincides with Buy NZ Made Day.

The first product to land in Kathmandu stores is the Merino Tee, which has been designed, developed, cut, sewn and packaged in New Zealand, using merino wool farmed on high country stations in the South Island.

“When Cactus acquired Albion, we did so because of a deep belief that there is a strong future for locally manufactured apparel,” Kepes said. “We congratulate Kathmandu on this move, and look forward to a positive future working together.”

Kathmandu general manager – product, Ben Ryan, said Kathmandu’s New Zealand heritage is important to the brand: “New Zealand shaped us from a small business to one of the world’s more inspiring travel and adventure brands. We believe in the importance of provenance, as well as ethical manufacturing across all elements of the supply chain. 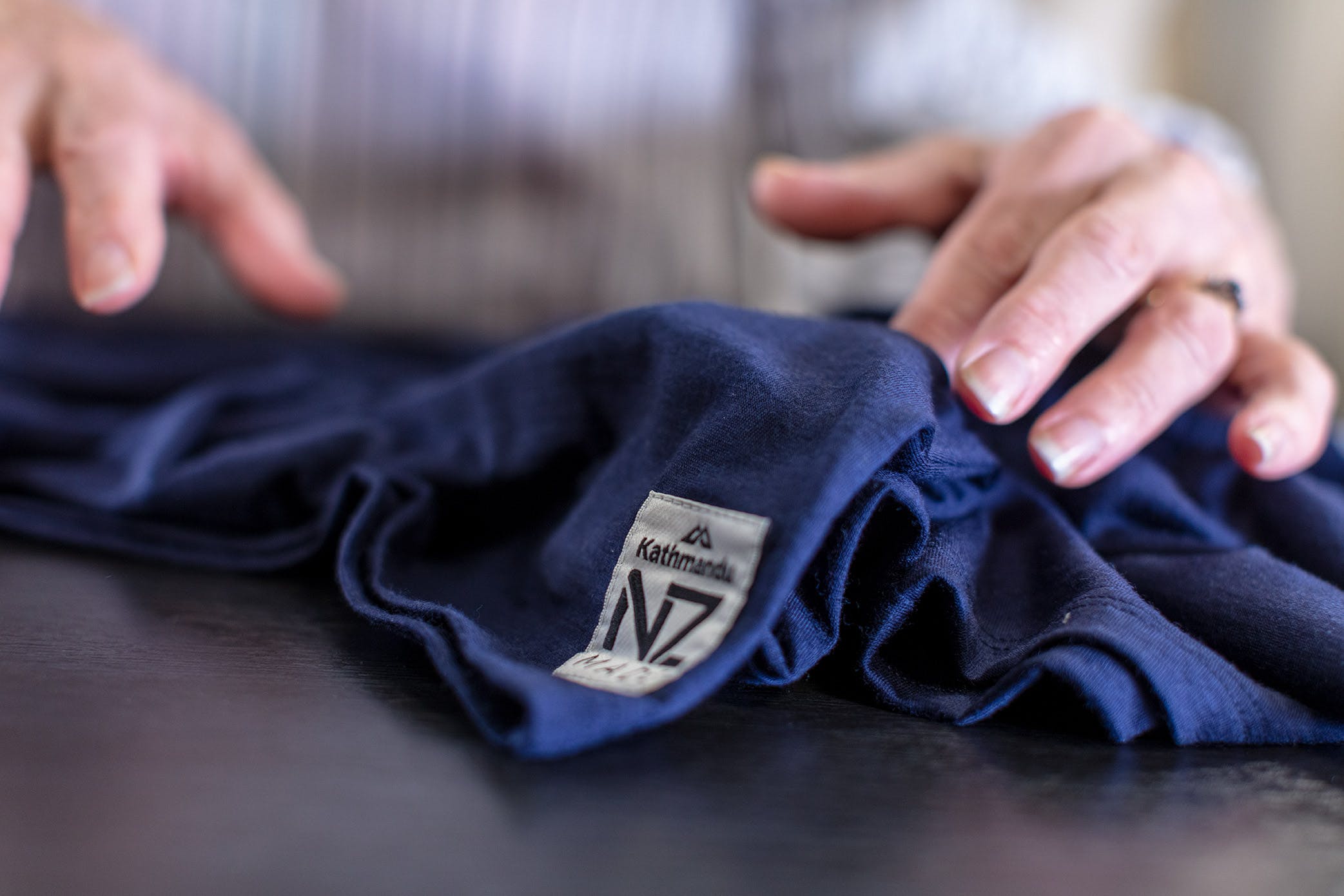 Kathmandu is now making a line of made in NZ merino tees. Photo: Supplied

“Regardless of whether manufacturing occurs locally or overseas, Kathmandu expects all partners share the same values when it comes to the ethical production of apparel. As Kathmandu expands globally, we acknowledge our responsibility as a leader to contribute to the ongoing health of the local industry to ensure that the next generation of Kiwi outdoor brands can start, grow and thrive.”

Kepes said he sees the arrangement with Kathmandu as the start of something bigger: the revival of outdoor manufacturing in New Zealand.

“If two or three years ago someone had said to anyone in the industry, ‘hey what do you think about Kathmandu bringing production to NZ’, people would have laughed because it was just beyond the pale. I really think that consumers are more aware of where their product comes from. It’s still going to be cheaper in the near future to manufacture in Asia, but I think that differential in terms of price will change and we’ll get to a point where actually it’s considered a better thing to make locally.”

Kepes said he would welcome conversations with other outdoor brands wanting to bring some of their manufacturing back to New Zealand – “I think there are some obvious industrial players who have a need for really hardwearing gear and could sell on the New Zealand-made story” – but he was not currently in talks with any brands.

“For us, the broader story is we’re actually genuinely passionate about rebuilding the sector in New Zealand,” Kepes said. “So would we like to do more stuff for Kathmandu? Absolutely. Would we like to see Kathmandu make more stuff here whether or not we do it? Yes. And we’d like to see other brands come and have conversations with us or others.”

Now that a company the size of Kathmandu is making merino clothing in New Zealand, what seemed beyond the pale two years ago may soon be business as usual.