Toasting marshmallows on a cold night

A mid-winter hiking adventure also happened to the first overnight tramp for our children Will (5) and Holly (3).

We had settled on Rerekapa Hut for its proximity to our home in New Plymouth – just an hour’s drive followed by a 90-minute walk to an old Boy’s Brigade hut in the thick of some of Taranaki’s most remote and relatively unknown forests.

The track starts out on farmland for the first few hundred metres and then crosses a single plank bridge over Blackett’s Creek to climb gently through the frosty bush. The trail is boggy in parts and lined by tree ferns. The first hour was spent skirting around quagmires, with views of the valley below, until the top of a saddle was reached. 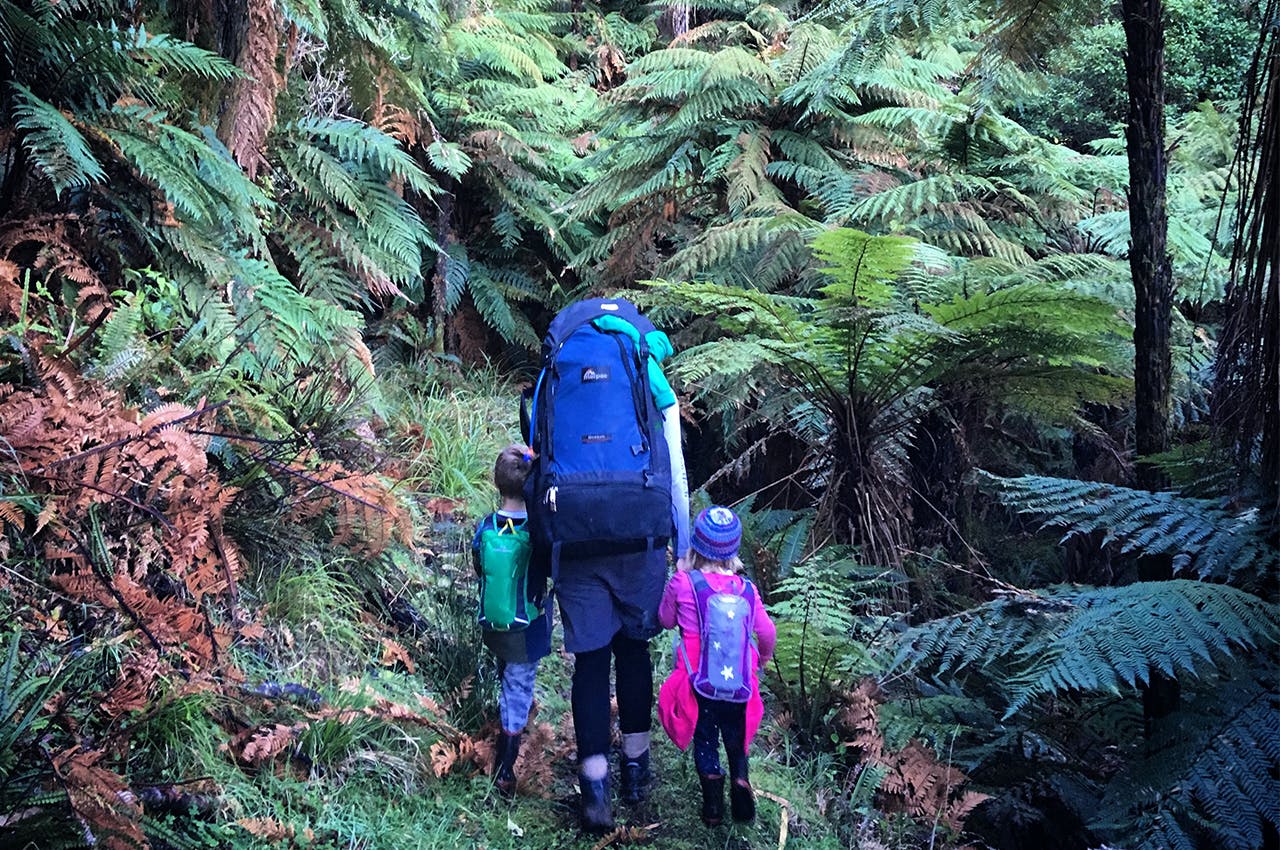 Nestled in a tawa, kamahi and beech forest, we rested and recharged our batteries in preparation for the short descent to Rerekapa Hut on a serene, bush-clad track which zigzagged softly down the side of the Waitara River Valley. There were a few minor rocky slips before the track levelled out near the hut.This home stretch had taken us 40 minutes, although we did carry our little people in our arms and on our shoulders for that last slowly-darkening dash to the hut.

The corrugated iron hut emerged from the bush, resplendent in the setting sun, and surrounded by a large clearing. We quickly set about lighting a fire and preparing dinner. Later, we toasted marshmallows by the glow of the fire.

With the fire dying out at 10pm and a frost already hardening the damp grass outside, I had visions of a long, cold night with children tucked inside our sleeping bags with us. However, they both slept well.

In the morning, while we drank tea and enjoyed the tranquillity of the hut, the kids explored every inch of hut life as ‘spy-kids’ before it was time to race the rain home.