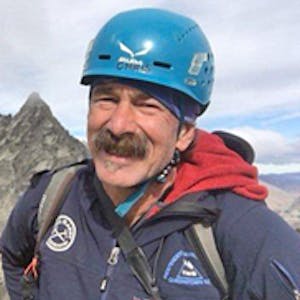 Along the knife’s edge

YOU DON’T HAVE to drive far to find the wilderness beyond the high street and Queenstown’s tourism hustle and bustle.

Just 12km west of Queenstown is Mt Crichton Reserve and a popular two hour jaunt around a valley circuit of mountain beech. There is plenty of evidence of gold mining in the area; miner Sam Summer lived here for 10 years in a small stone hut (still complete) and utilised water from Twelve Mile Creek to blast away and slice gravels in the search for gold. The old hut (from 1930) and a 24m tail race tunnel are worth a visit.

Mt Crichton (1870m), the dominant peak at the corner of Lake Wakatipu, can be climbed via a long ridge from the Mt Crichton Loop Track.

The route starts 100m north of the Maori Gully bridge (440m), climbing steeply through mountain beech. There is not much of a trail here, but it’s open forest with areas of windfall.

The ridge flattens at Pt680m. To the north is the deep valley of 12 Mile Creek which drains Lake Isobel, high above at 1600m.

The ridge can be followed quite religiously, though at the 1200m contour it’s worth traversing rocky ledges on the north side of the ridge below Pt1432m to regain the ridge at saddle Pt1390. This way you miss out the extra climb and descent of following the ridge directly.

It’s a steep, consistent ascent up the next section, over alpine terrain offering an ever expanding view in all directions and culminating at Pt1723m and the knife edge ridge leading to Mt Crichton.

Even the most capable climber would find this spiky, loose arête a nervous challenge. The more palatable options are to traverse either side of the ridge.

In both cases, a loss of about 100m in height is required to gain non-technical terrain to get to the peak.

If going on the north traverse, it’s worth considering a visit to Lake Isobel before climbing up slopes to the south-west to summit Mt Crichton.

On the south side, after the traverse around the first bowl, cross the ridge and continue around to the north at 1700m on a wide platform. Continue in a northerly direction to pass beneath the peak to find easier ground to ascend to the ridge and wander south along the arête to the summit.

It is possible to climb to the summit earlier, but this should only be attempted by those with climbing experience. The return trip can be done in reverse, but the best descent and a continuation of the journey is down to Glenorchy Road.

Descend to the north of Mt Crichton and at Pt1845m, descend west on a rocky slope into a big dip and continue up to the next crest. From here you can see all the way to the Queenstown-Glenorchy Road with great views over Lake Wakatipu and to Glenorchy itself.

Descend due west following clear lines of scree and mixed alpine flora. You may see  an historic stone cairn, 1m high. If so, you’re on the right route.

Continue in a westerly direction over open tussock and at 900m cross a gully to your true right, before entering scrub.

On the following ridge, follow animal trails through the scrub and veer away from the stream on your true left to more open and easier terrain. Soon there is a track and powerline at 600m.

Follow the track south and drop to the Queenstown-Glenorchy Road.

You’ll need to have arranged a car shuttle as it’s a fair walk back to the Mt Crichton Loop car park. 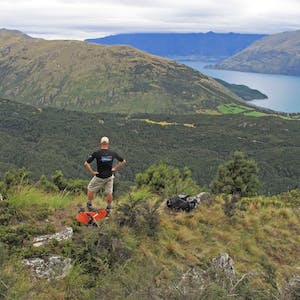 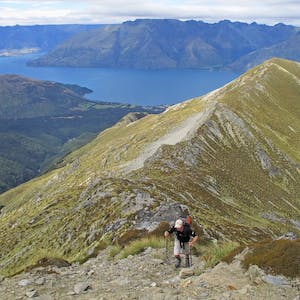 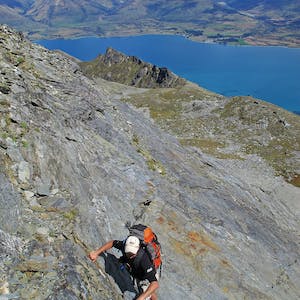 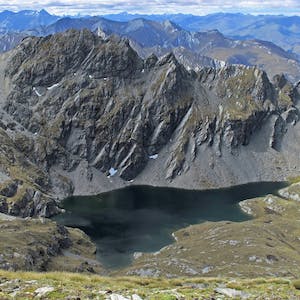 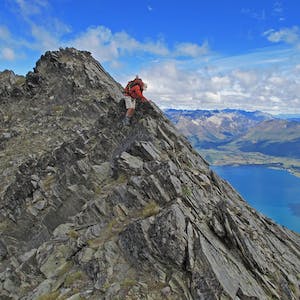