GPX File
Diggers Hut (gpx, yo 444 B)
Your device does not support GPX files. Please try a different device.

Diggers Hut in the Ruahine Range has been washed about 200m downstream after a slip diverted a stream through the hut site.

Daniel McIntyre and Ben Pigott were heading to the four-bunk hut last Friday, but were unable to cross the flooded Makawakawa Stream and were forced to camp in the forest. When the stream finally subsided, they found the hut site empty.

“The stream was torrenting down the night before and a slip had dammed the river and re-routed it, so the whole river now flows through the flats there,” Pigott said.

They followed the stream and found where the hut had come to rest on a rock in the middle of the stream. Despite the damage, Pigott is hopeful it will be salvageable.

“The floor has been smashed, but the walls and the roof look pretty intact.”
The hut, which was sited about 20m from the Makawakawa Stream, was a three-hour walk from Takapari Road end in the south-east of the range.

“It’s out of the way, but a lot of people are going to miss it.” 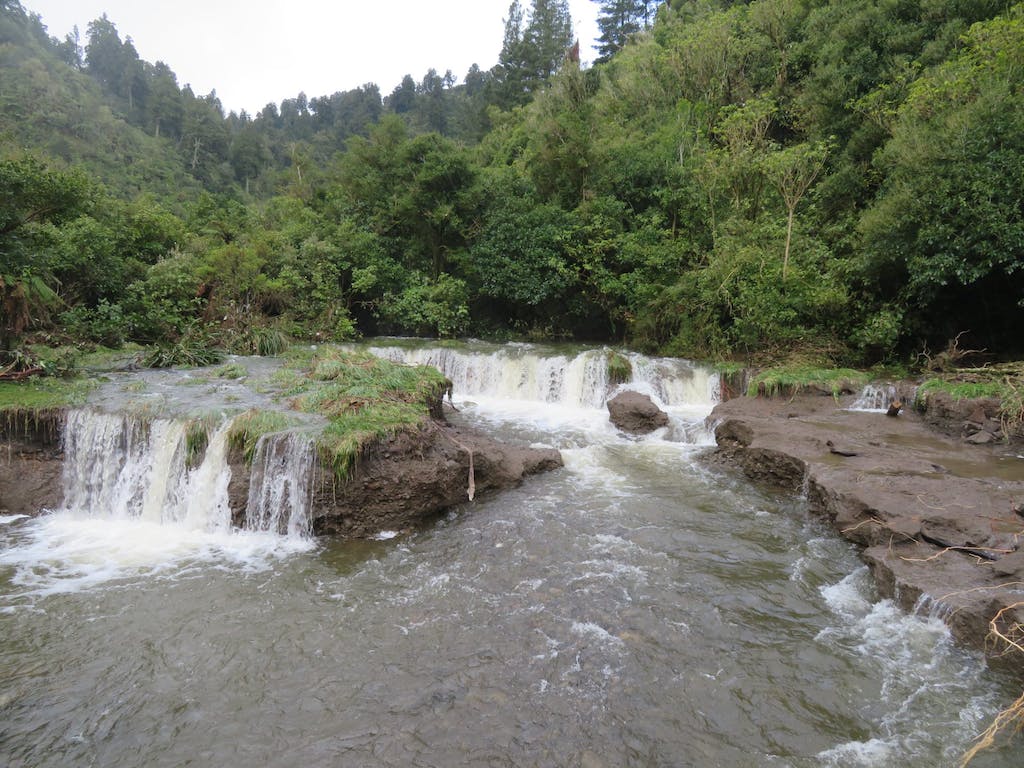 The hut was originally located on the terrace on the right. Photo: Daniel McIntyre and Ben Pigott

DOC senior ranger Shaun Ruddle said the department would investigate whether it was viable to replace or relocate the hut.

“We’ve been to the hut and have done an initial assessment. We will now talk to the community and look at the options of what to do,” Ruddle said. “The tin walls have been ripped up, the floor has been half ripped off and there is a tonne of sand inside. We will try and establish the cost of removing it, relocating it, or rebuilding it.”

The hut had been managed by the Ruahine Users Group, which had recently secured a $5000 grant from the Backcountry Trust to reroof it.

“They are pretty gutted about it,” Ruddle said. “It was quite a tidy hut. There are a lot of passionate people in the Ruahines keen to preserve these areas. It’s not something you want to come to work and hear about, but we are just thankful no one was in the hut at the time.”

Ruddle said there were only 50 recorded bed nights in the hut last year. 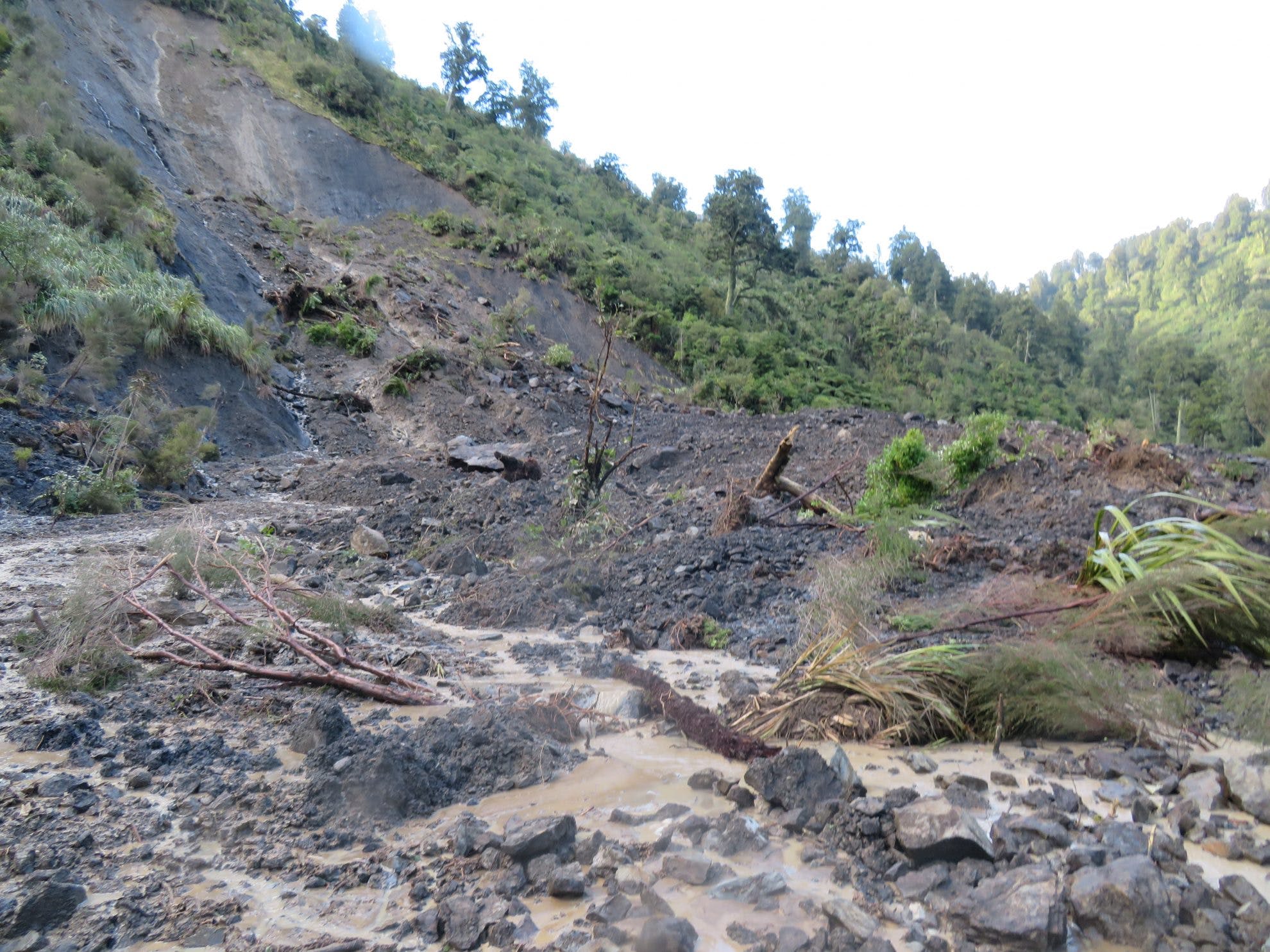 The slip which diverted the stream. Photo: Daniel McIntyre and Ben Pigott 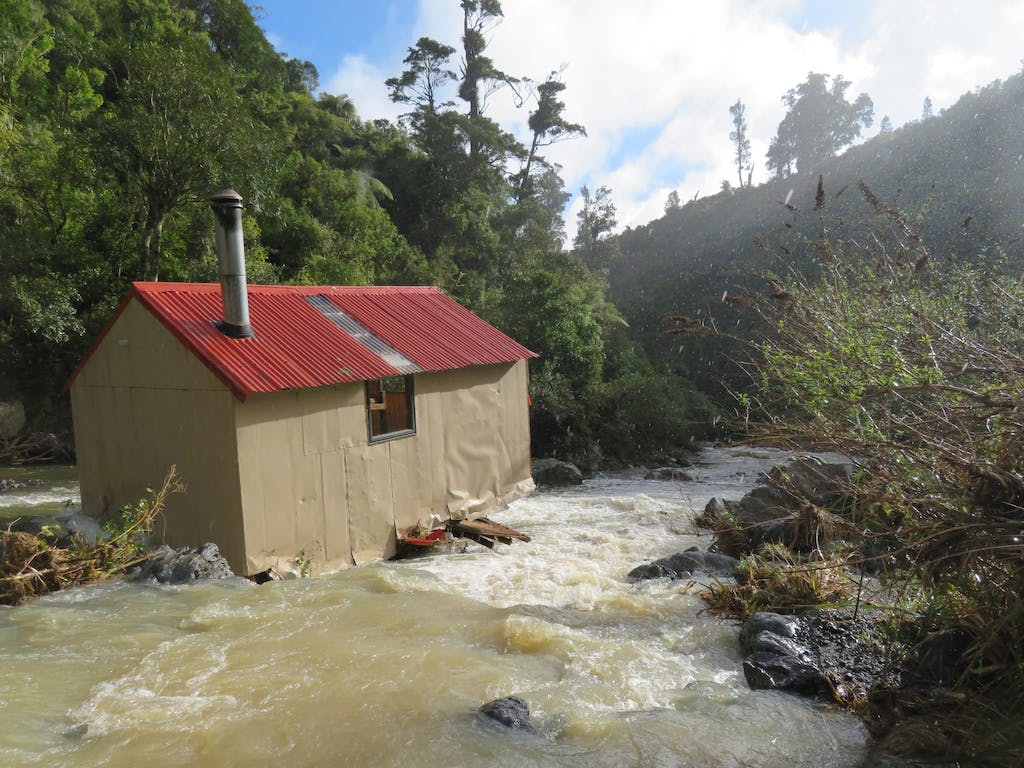