The North Face is celebrating its 50th anniversary this year; the outdoor outfitters company, started by American adventurer Doug Tompkins, opened its doors in 1966 in San Francisco.

Despite humble (and low-altitude) beginnings, the brand is now synonymous with all things alpine and adventure and is a global brand, including two concept stores in New Zealand. But it’s not just about selling gear; TNF also offers athlete sponsorships and adventure grants designed to help Kiwis push the limits and explore the world.

Earlier this year, Queenstown residents Stephen Skelton and Ben Dare received an $8000 Adventure Grant from The North Face to help them travel to Peru to climb in the Cordillera Blanca mountains. The pair went with a group of other Kiwi alpinists from the Expedition Climbing Club (ECC) and New Zealand Alpine Team, where they climbed two new routes; one on the southeast face of Caraz IV (5610m) and on Taulliraju (5830m).

Skelton said the award included a single skin alpine tent in addition to the prize money.

“The grant helped us concentrate on what we wanted to do, as opposed to how we were going to pay for it,” said Skelton.

Next on the horizon for Skelton is a tramping/climbing/paragliding mission: he hopes to do three Great Walks, then climb and paraglide off three major mountain peaks – all in one trip – in 2017.

The North Face Adventure Grant 2017 has upped the ante, offering $10,000 to help fund the next Kiwi- or Australian-led expedition. 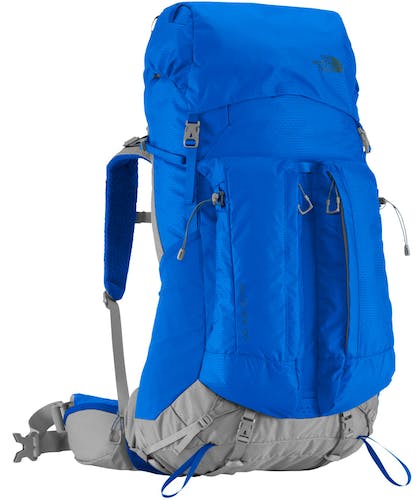 To celebrate its 50th anniversary, The North Face is giving Wilderness readers the chance to win a Banchee 50 tramping pack worth $400. To go in the draw, tell us the year the first The North Face store was opened. Email your answer, along with your name, address and contact details to competitions@lifestylepublishing.co.nz. (Competition closes December 9 and is open only to those living in New Zealand.)