Our first TA walker reaches Bluff, while others have to pull out early

Bettina Grotschel has finished the trail, celebrating after 133 days of tramping 3000km from Cape Reinga to Bluff.

Grotschel’s last update was from Arthur’s Pass, where she had a rest day in between some foul weather, dealing with swollen rivers and challenging terrain. After reaching Lake Coleridge and the Rakaia River, she got a ride to Methven and a shuttle with three other hikers to the trailhead on the other side of the lake.

After another two days of walking through tussock country, she arrived at the Rangitata River and then Mesopotamia Station. “It was breathtakingly stunning,” Grotschel said.

At Lake Tekapo, she climbed back into the mountains and “the impressive view at Breast Hill over Lake Hawea,” which is where she spent her birthday.

The last section of the trail from Queenstown to Bluff was “filled with more hills, rivers, tussock and swamp,” and the return of what she termed, “the North Island mud”.

“I cannot quite believe this is the end of the most challenging yet best adventure of my life. I am very thankful for everything New Zealand and the trail gave me. It made me stronger and more resilient. It gave me uncountable great moments in the most beautiful nature. Te Araroa, New Zealand and its people will be in my heart forever.” 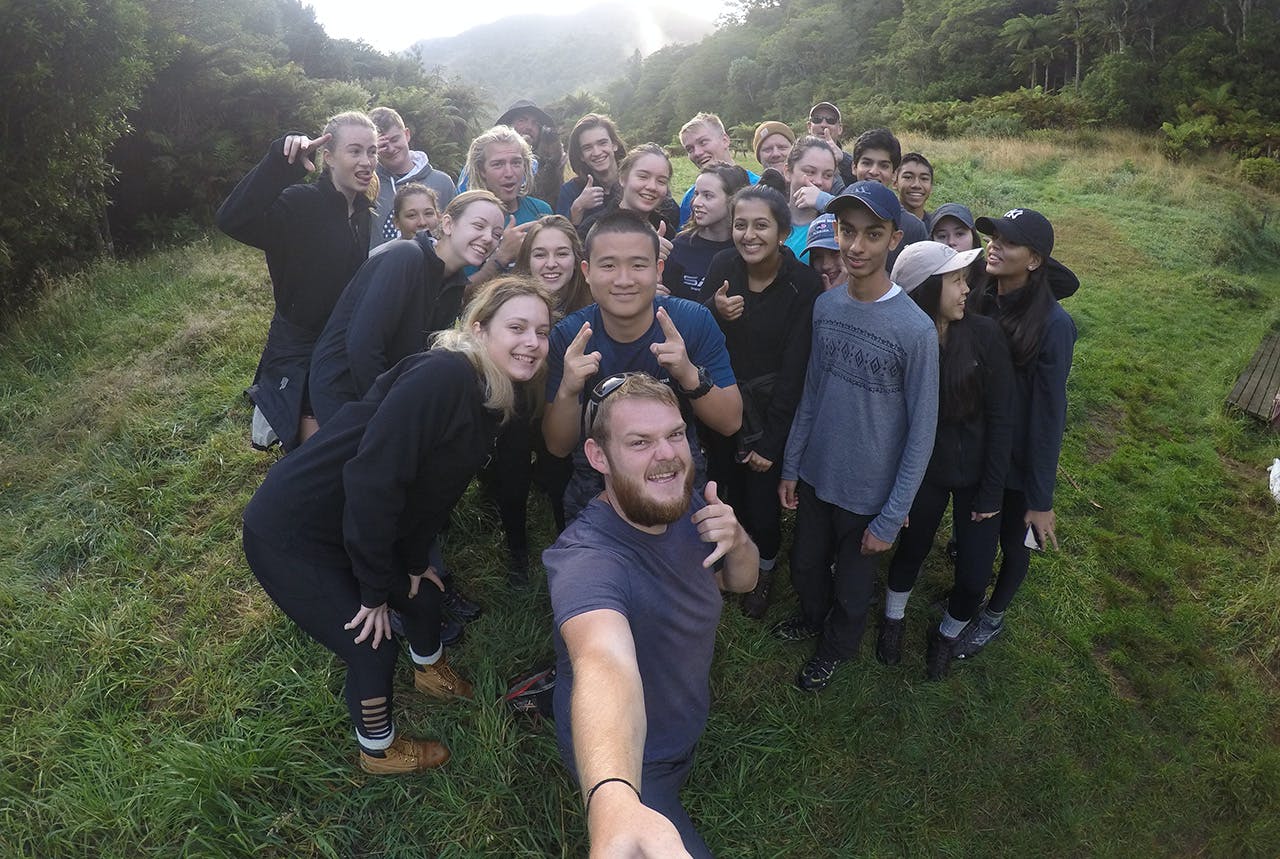 Josh Thompson has had a series of starts and stops on his Te Araroa journey. After returning home for Christmas and to earn some extra money, he said he ran into “habits of avoidance and procrastination, along with anxiety and depression.” On top of that, he fell ill, and it was well into January before he could get back on the trail.

Since lacing up his boots again, Thompson has been doing his own version of the TA; walking from Coromandel town to the Kaimai Ranges.

“It was a stunning and highly challenging walk with sea views a lot of the way,” he said. “There was a 52km road and cycle path wander, a mission through the Kaimais in the rain, where I nearly got hypothermia and was almost swept away by a swollen river.”

One highlight was spending the night with a group of students from Singapore American School at Waitawhata Hut. “I got to share my story with a group of youth who are the same age I was when I was starting to struggle [with depression].”

Thompson is still heading south, making his way through the North Island. “I’ll see how the autumn goes, and still attempt the full thing.”

William Penwell is making steady progress, having finished the North Island at the end of January and plunging into the South Island after a short break.

“The journey has continued to be enormously rewarding,” Penwell said. “So far the most enjoyable sections have been the Whanganui River journey, the Tongariro Alpine Crossing, and the Tararuas. I look forward to what the South has to offer, especially since it is a wee bit closer to home.” 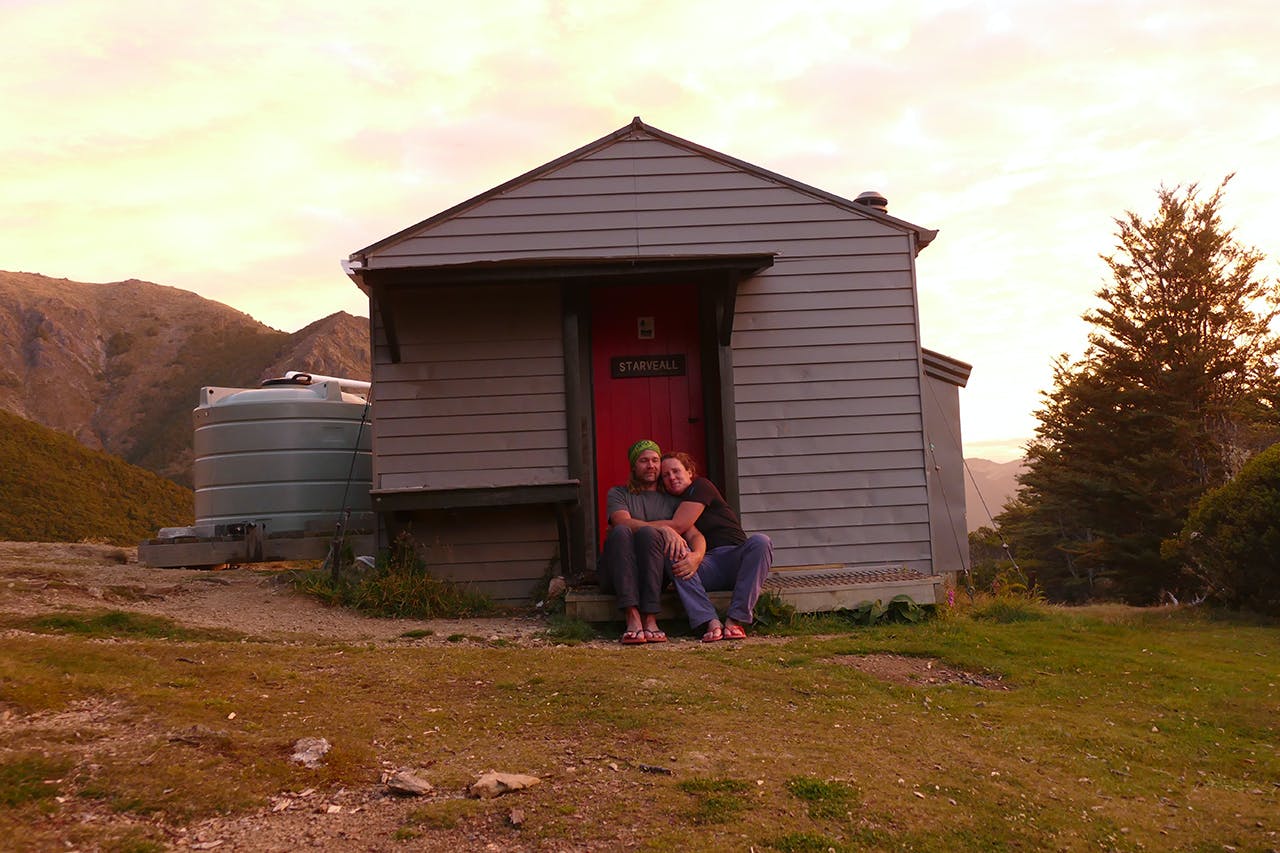 Injury has forced Maria and David to leave the trail. Photo: Supplied

Maria Weinmann and David Kleber have had to leave the trail after Weinmann developed a hernia just as they started the South Island.

Their first (and only) taste of the south was the walk from Ship Cove to St Arnaud. They found the Queen Charlotte Track “breathtaking”, and stopped in Havelock for the famous green-shell mussels, where they resupplied for the nine-day section on the Pelorus River Track and the Richmond Alpine Track.

“We felt free like eagles – not so much like worms crawling in the mud anymore,” Kleber said. Their favourite spot was Starveall Hut just before the Mt Rintoul climb. “At night we saw the Milky Way above us. It was so clear, it looked like you could reach out and touch it,” he said.

On the way to St Arnaud, Weinmann fell and felt a pain in her groin. At Nelson Hospital she was diagnosed with a hernia and was told not to do any heavy lifting or hiking.

“We are sad we can’t thru-hike the trail anymore, but we will return and finish this wonderful trail in another year,” Kleber said.