Teens in Tauranga are learning search and rescue skills to help diversify an aging volunteer base.

There’s a trend among search and rescue volunteers. They tend to be mostly male and over 40.

Steve Campbell, who has decades of experience in search and rescue operations, saw firsthand the lack of diversity among volunteers, so in 2008 he decided it was time for a change.

“We were getting to a point where, when we were requiring volunteers to come in to conduct the search, the numbers were dwindling. The age of volunteers was rising as well.”

YSAR is open to teens from 14-18, and is a three-year programme that includes more than 600 hours of training. Students are required to attend trainings for two hours each week, including 10 weekend sessions and a one-week expedition each year.

The course leaders are all volunteers themselves, and come from a range of backgrounds. Some are police officers, others are scout leaders, while a few are former members of the military. 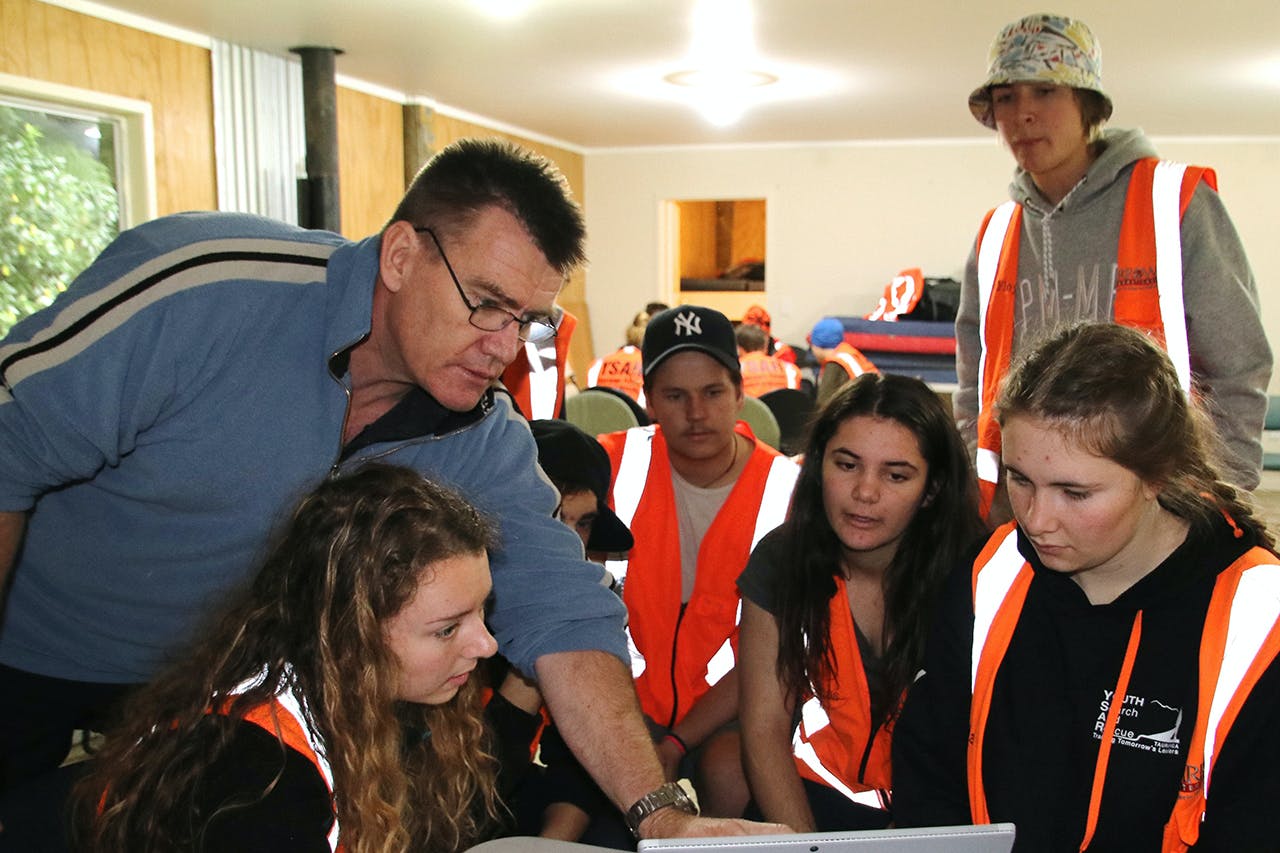 Steve Campbell with some of his YSAR students. Photo: Supplied

Campbell says they admit 22 students each year, with a near-even split between girls and boys. The retention rate is quite good, he says, considering the commitment required of the students. Last year, 16 of the original 22 students graduated; there are 53 students currently in the programme.

The students learn a range of skills, such as bushcraft, navigation, risk management, leadership, and first aid.

“It’s incredibly valuable,” says Campbell. “We see young, shy, individuals that [when they start] have no direction and are lacking confidence, who then leave the programme with their heads held high, leading groups of people, having a clear direction for the future.”

Campbell says the aim is for students to grow as independent individuals. “We don’t parent them,” he says. “We treat them as young adults, and it’s a safe place to make mistakes.”

Up until a few years ago, the students in their third year would go out on real LandSAR operations. However, police no longer allow under-18s to participate. Campbell would like to see the rules reversed, as he says real-life rescues are a valuable part of the training. In the meantime, third-year students test their skills in simulated rescues.

Currently, YSAR only operates in Tauranga. Campbell has plans to expand nationally, and is developing a programme that every LandSAR group in the country could run.