A rescuer who helped find two trampers missing for 19 days in Kahurangi National Park has simple advice to ensure you don’t suffer a similar ordeal.

A search and rescue professional who was in the helicopter that located two trampers lost in Kahurangi National Park in late May said the pair did plenty right during their 19-day ordeal.

Dion Reynolds and Jessica O’Connor spent 13 days without food after becoming lost on a tramping trip on the western side of the park. The pair had intended to complete a loop in the Anatori River area but became hopelessly lost and ended up in the adjacent Frazer Stream.

Hamish Pirie, who has around 20 years’ experience in search and rescue, was in the helicopter that found them. “They had water, they had good warm gear, they had a reasonably good camp set up, and they had a fire so they had the morale that gives you,” he said.

Pirie was impressed they had the foresight to stack green leaf litter next to their campfire. “They knew they needed to have greenery beside the fire so they could chuck it on and make it smoke,” he said.

But Pirie said the missing trampers made one glaring mistake: “They didn’t have a beacon which would have prevented the whole situation.”

It was smoke that alerted Pirie and his crewmates while they were slowly flying up the Frazer Stream. From a distance, it looked like wispy fog settling over the canopy, so the searchers flew closer until they could smell it was indeed smoke. They hovered above the canopy, trying to determine where the smoke was coming from. Eventually, Reynolds and O’Connor appeared in a clearing and waved to the crew.

“It’s always nice to get a good result,” said Pirie. “You do hope you will find them but realistically after that much time and looking at the terrain and the limited number of clues that had been picked up, you start to wonder if you are going to find them and in what condition.

“You don’t ever give up but you’re also being realistic as well.”

Pirie said there are several things trampers can do if they become lost in the bush to help searchers find them.

“Obviously, number one, if you have a PLB you prevent all this happening,” he said. 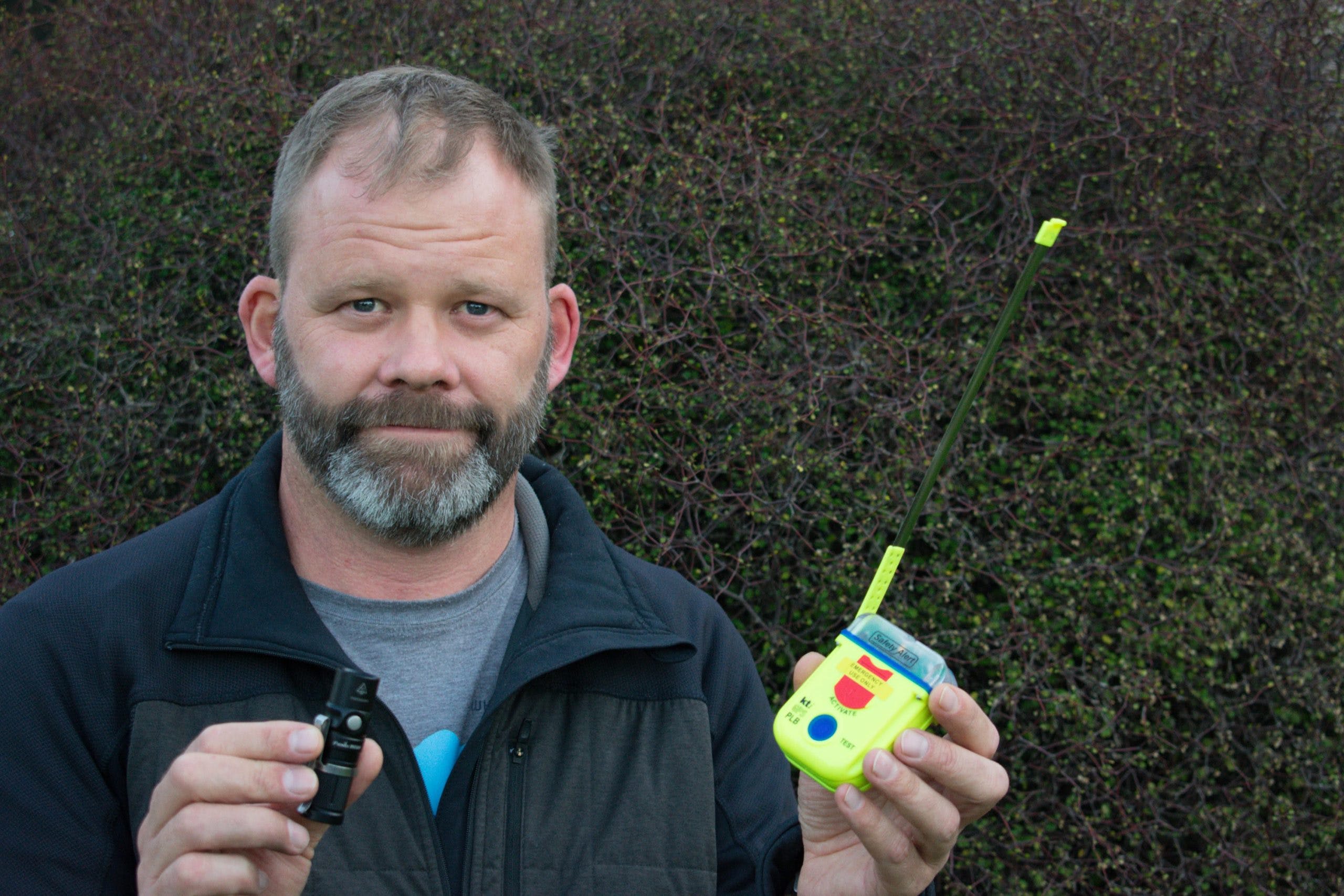 But he also said a PLB alone is not necessarily enough. He recommended carrying a high-strength LED torch or headlamp of around 200-lumens with a strobe function to alert a helicopter crew to your exact location. “A flashing LED can be seen by a helicopter in the scrub and bush day or night,” he said. Helicopter crews using night vision goggles can see the flame from a lighter or a lit mobile phone screen from several kilometres away, he added.

If you do carry a beacon, Pirie said it should be carried on your person, not in your pack or strapped to it.

“It needs to be on you because if you’re incapacitated on the ground with a broken leg, hip or back and you can’t move, you need to be able to get that beacon.”

Pirie said lost trampers should stick together and find somewhere safe where they can shelter and stay put. There are deliberate clues that can be left to help searchers follow a trail. “If you do know you’re lost and you’re going to continue to move, make really positive stand-out signs like arrows made with sticks, pieces of clothing tied to trees or leave a note with your intentions between rocks.”

One lost party Pirie was involved with rescuing had made a large ‘help’ sign with logs in a streambed that could be seen by the helicopter.

If you’re in scrub and can hear a helicopter approaching, a good way to make yourself seen is to make the canopy move. You can do this by bending over a sapling and tying something white or bright to the top of it and then waving it above your head. A smoky fire is even better.

Pirie, who owns the online outdoor retail store Gearshop said he had offered Reynolds and O’Connor a personal locator beacon so if they ever become lost again, they won’t have to wait days for rescue. The beacon has been provided with support from the beacon manufacturer KTI in Australia.

Wilderness contacted Reynolds for comment, but was told he and O’Connor were not doing media interviews and that “we have our story to tell and we want to be the ones to tell it”.